Like spy, like son: How father of double MI6 agent Kim Philby became tangled up in espionage and betrayal HIMSELF as part of a middle-east propaganda war 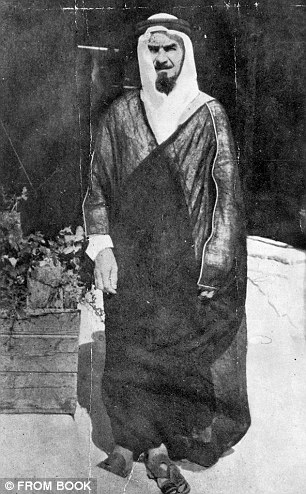 Kim Philby’s father, a Saudi adviser, was also involved in intelligence and betrayal after being exploited by MI6 to win a propaganda war in the Middle East.

One of the most notorious double-agents, Kim Philby gave secrets to Russia while working for the British secret service and was part of the Cambridge spy ring discovered in 1963.

And a new book has now revealed that his father St John Philby also unwittingly became part of the intelligence force.

The former civil servant, who fell out of favour with the Saudi Arabia monarch, Saud in 1955, after working as an adviser for his predecessor Ibn Saud in the 1920s, was set up by spy John Slade-Baker to unknowingly betray the country.

Philby was expelled from Riyadh and fled to Beirut where he encountered Slade-Baker, a Sunday Times reporter and also MI6 spy.

Slade-Baker fostered the relationship to help protect British interests, especially following a dispute over the oil-rich Buraimi oasis which was claimed by Saud and Britain’s allies.

Leslie Glass, a British official who specialised in disinformation, said to Slade-Baker that it would be extremely helpful if Philby could air his grievances in print.

Apparently unaware that he was being used by the British secret service, Philby wrote two pieces that detailed the corruption of the Saudi royal family. 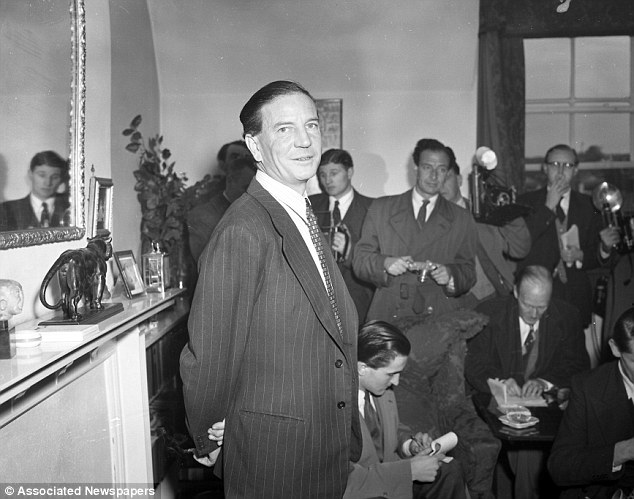 One of the most notorious double-agents, Kim Philby (pictured) gave secrets to Russia while working for the British secret service and was part of the Cambridge spy ring

On October 23, with the cabinet’s say-so, the Sunday Times ran the first piece – three days later forces were sent to capture the oasis. Four days after that the second piece was published.

The manipulation was undercovered by historian James Barr who analysed Slade-Baker’s 3,000-page diary for his new book, Lords of the Desert.

The diary reveals in detail the work Slade-Baker did for the MI6, report the Times.

Barr also discovered that Slade-Baker got to know Kim Philby. He wrote in a diary entry for April 11, 1957, when meeting him at the embassy in Amman: ‘I shall be glad to have him here. He is a gentleman and we see eye to eye over the Middle East.’

It suggests that for all his talent as a spy, even Slade-Baker was taken in by the double-agent.

Harry St John Philby, who went by his middle name, died in 1960 and his last words were said to be: ‘I’m so bored.’