A court has been told about the day a Melbourne father returned home from a routine grocery shopping trip to find his wife and three children had been killed. 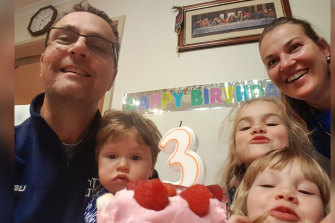 The bodies of 42-year-old Katica “Katie” Perinovic and her children Claire, 7, Anna, 5, and Matthew, 3, were discovered inside their Tullamarine home on January 14.

Ms Perinovic and the children each had injuries consistent with knife wounds, the Coroners Court of Victoria heard on Wednesday.

Police were alerted to the deaths just after 12.30pm after Ms Perinovic’s husband Tomislav Perinovic, 48, returned home from grocery shopping to find the body of his son in the kitchen of their home and called emergency services.

Investigators said while paramedics were attempting to revive his son, Mr Perinovic went to an adjoining room where he found the bodies of his wife and two daughters.

Counsel assisting the coroner, Nicholas Ngai, said a large knife, believed to be the murder weapon, was found at the scene.

Ms Perinovic and her three children had sustained stab wounds to the upper body, he said.

“Mr Perinovic was arrested by attending police members and denied involvement in the deaths of his family members,” Mr Ngai said.

“He told investigators that he had left the premises earlier to go to the local shops to purchase food before returning home and locating the body of his son in the kitchen.”

Detective Acting Sergeant Luke Farrell, from the homicide squad, told the directions hearing police had found no history of family violence or Department of Health and Human Services involvement of any type with the Perinovic family.

He said North West Area Mental Health was conducting an independent review into any treatment which may have been given to Ms Perinovic in the lead-up to the killings.

“Quickly it was evident from a homicide perspective that the responsibility for all four deaths [was with] the mother of the deceased,” Detective Acting Sergeant Farrell said.

“The main focus of my inquiry to date has been around the mental health treatment to Ms Perinovic in the month leading up to the deaths. 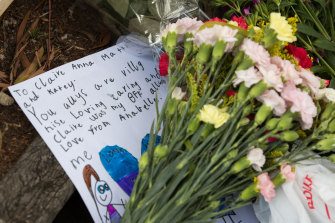 A tribute left at the scene.Credit:Jason South

“North West Area Mental Health, a division of the Northern Hospital, [has] appointed an independent review panel which is expecting a report in seven weeks.”

Coroner Audrey Jamieson labelled the deaths a “terrible tragedy” and passed on her condolences.

The deaths will be examined as part of a mandatory inquest, as the matter involves a suspected homicide where no person has been charged.

In the days after the killings, detectives said they had spoken to a large number of people, including relatives, friends and neighbours of the deceased as part of their investigation. 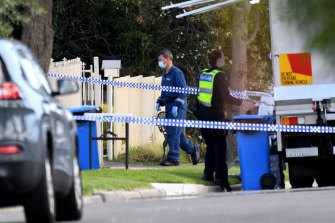 An extensive forensic examination of the scene was also conducted.

The matter is expected to return to the Coroners Court of Victoria later this year.