Nazi-tattooed far-right thug, 32, who called for a race war and had Apple ID under Adolf Hitler’s name faces jail

A far-right sympathiser who called for a race war, shared pictures of his tattoo containing a Nazi emblem and set up an Apple ID under the name Adolf Hitler has today been convicted of hate crime offences.

Tobias Powell, 32, used Twitter to claim a ‘civil war’ was needed ‘to stop the ethnic suicide of white people’.

In a series of tweets, Powell, from the quiet coastal village of Pagham, near Bognor Regis, West Sussex, showed support for banned neo-Nazi group National Action.

He also posted about MP Jo Cox – who was murdered in 2016 by neo-Nazi killer Thomas Mair – describing the Labour politician as an ‘alleged open traitor’.

When anti-terrorism police raided Powell’s home the found literature on white supremacy and a number of electronic devices.

They also found Powell had set up his Apple ID name as Adolf Hitler, talked on Twitter about White Power and had penned an email to the then Prime Minister Theresa May calling her a snake in a message titled ‘Brexit Stitch up’. 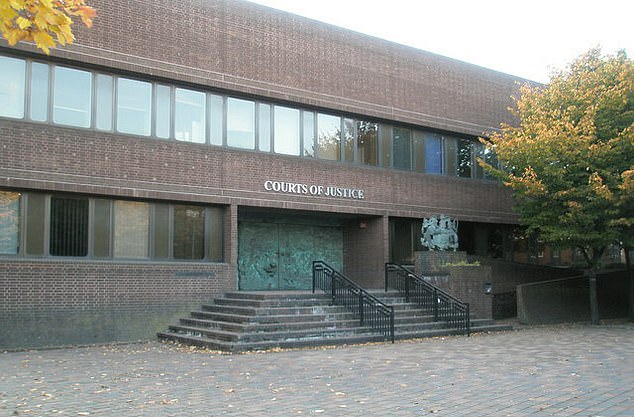 Tobias Powell, 32, used Twitter to claim a ‘civil war’ was needed ‘to stop the ethnic suicide of white people’. He is due to be sentenced at Portsmouth Crown Court (pictured) next month

Powell also wrote a letter to his local MP Nick Gibbs about his concerns over Sharia Law  – a religious law forming part of the Islamic tradition.

Following an investigation by Counter Terrorism Policing South East (CTPSE) he has now been found guilty of a series of hate crime offences.

He was found guilty of four counts of using threatening, abusive or insulting words or behaviour intending thereby to stir up racial hatred at Worthing Magistrates Court today.

The court heard Powell published a series of social media posts between July and October 2018, which showed support to right wing ideology and had racist connotations.

He was arrested in February 2019, when police carried out a search of his property.

Detective Chief Superintendent Kath Barnes, Head of CTPSE, said: ‘The evidence gathered during the investigation showed that Powell had some very unacceptable views.

‘Whilst this was not a terrorism case, the nature of the rhetoric Powell had shared on social media, meant that it was only right for specialist officers from Counter Terrorism Policing to conduct a thorough investigation.

‘We know there is a fine line between hate speech and terrorism.

‘Showing support for terrorist organisations is not acceptable and if you do that, you should expect to be investigated by us.’

She added:  ‘Groups that do not meet the threshold for proscription are not free to spread hatred, fund terrorist activity or incite violence as they please. 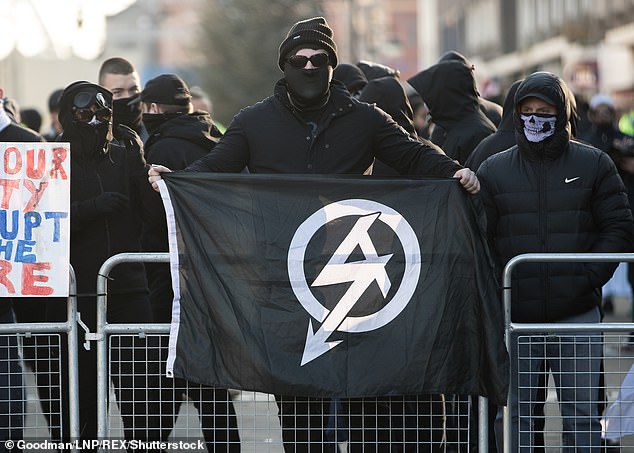 ‘The police have comprehensive powers to take action against individuals under the criminal law.’

Chief Inspector Jon Carter, Arun and Chichester District Commander for Sussex Police, said: ‘This case shows the importance of thorough investigation of any use of the Internet to spread hate and dangerous material.

‘The public can be reassured that there are systems in place to follow up all such reports, but it is also important to reassure local people that this was a very isolated matter for this area, and that however obnoxious Powell’s language was, there was no reference to or threat to the local community.’

Powell is due to be sentenced at Portsmouth Crown Court on 14 May.

National Action were officially proscribed as a terrorist organisation in December 2016 following joint working between government agencies and police.

They were the first right wing group to be proscribed since the British Union of Fascists in 1940.

Two further related groups were proscribed in 2017, and a third in March 2020.

Also in March 2020 Sonnenkrieg Division (SKD) became the second right wing terrorism group to be placed on the list.

It is a criminal offence to be a member or to demonstrate support for these groups.