Perfect for Bonfire Night! Historic house owned by parents of the man ‘who blew whistle on Gunpowder Plot’ and where Oliver Cromwell once slept could be yours for £700,000

An historic house owned by the parents of one of the Gunpowder plotters and slept in by Oliver Cromwell is up for sale.

The Ducks Nest is one of the oldest properties in the historic market town of Oundle in north Northamptonshire.

Sir Thomas Tresham, a prominent Catholic landowner whose eldest son, Francis, was embroiled in the gunpowder plot, owned the property for a time up until 1564.

Although part of the conspiracy, Francis Tresham was suspected by the plotters to be the one who wrote the infamous letter tipping off the authorities.

He was arrested and put in the Tower of London a week after the plot was discovered but died of natural causes on December 23 1605.

Later on when the building became the Anchor Inn, Oliver Cromwell the Lord Protector of the Commonwealth of England, Scotland and Ireland stayed there.

The date, etched into the gable of the property reads 1637 but it is believed that other parts of the house are much older.

As a property of historic and architectural significance, the quaint stone cottage is a Grade II listed building. 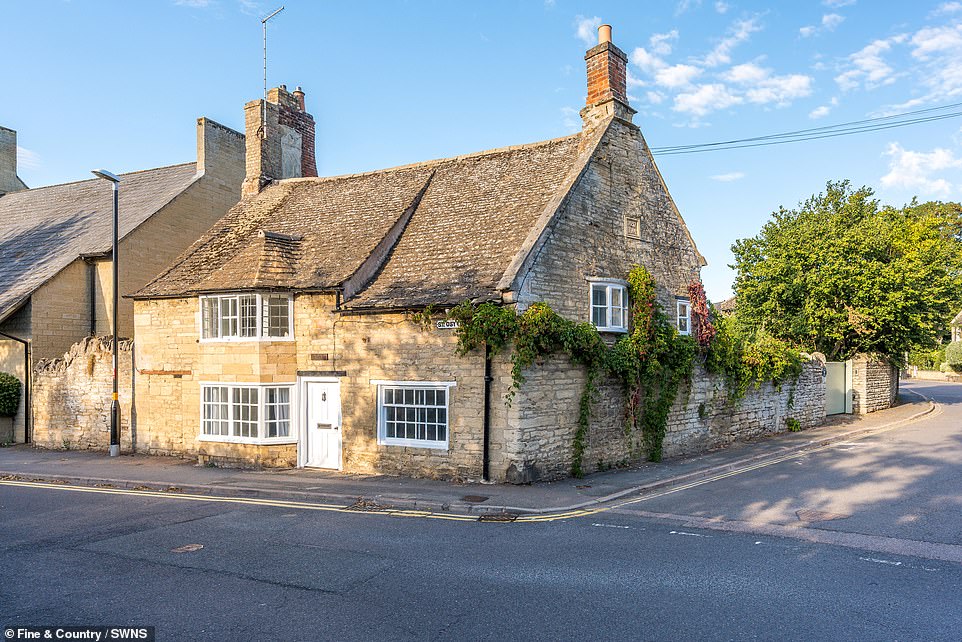 The Ducks Nest in Oundle, Northamptonshire, is a Grade II listed building and on sale for £700,000 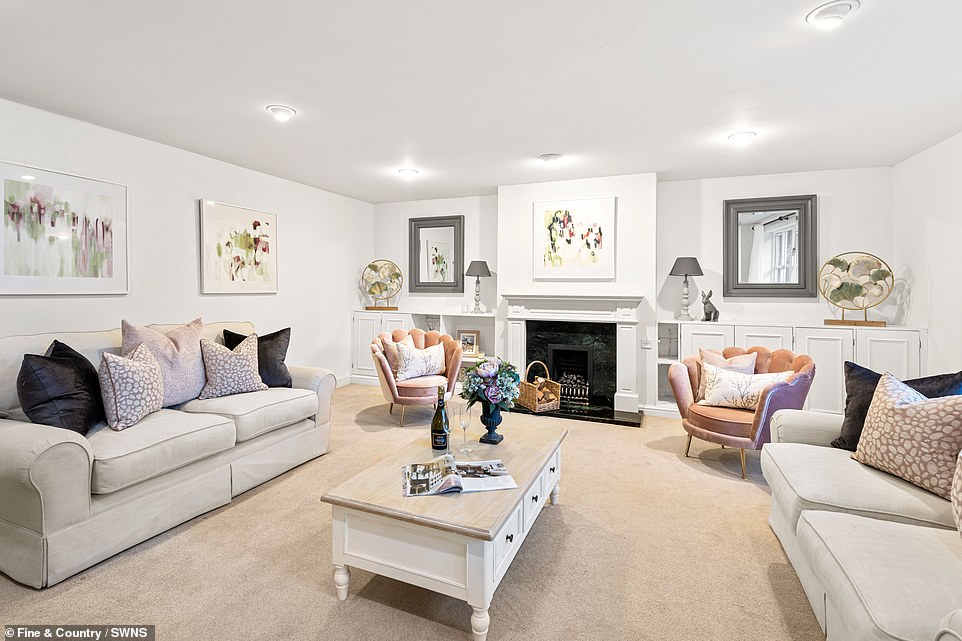 The house was once slept in by Oliver Cromwell, and was also owned by  Sir Thomas Tresham, father to Francis Tresham, who was involved in the Gunpowder Plot 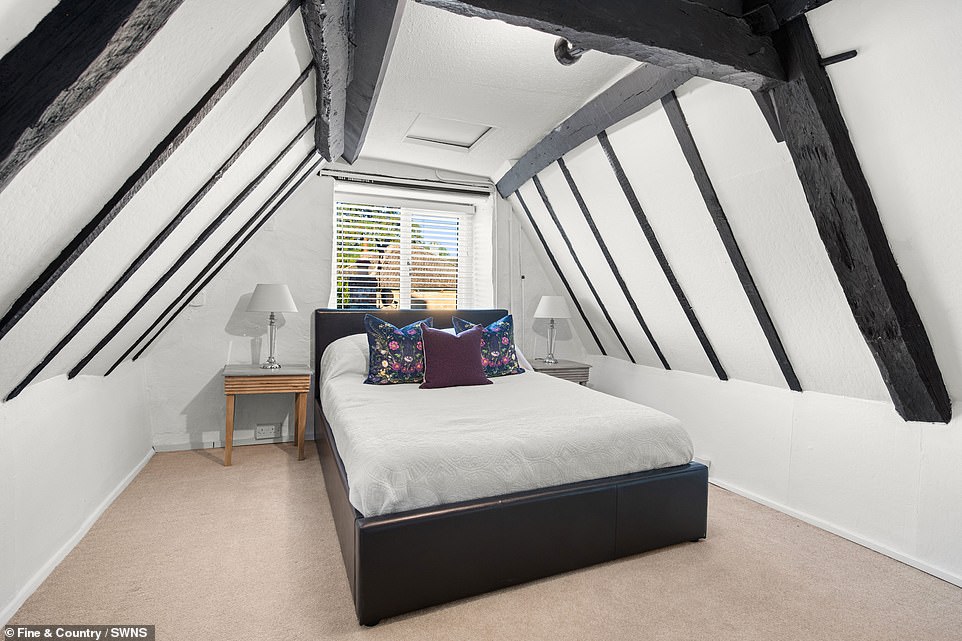 Dark wooden beams hang from the ceiling of the historic property, giving it a unique shape and interior 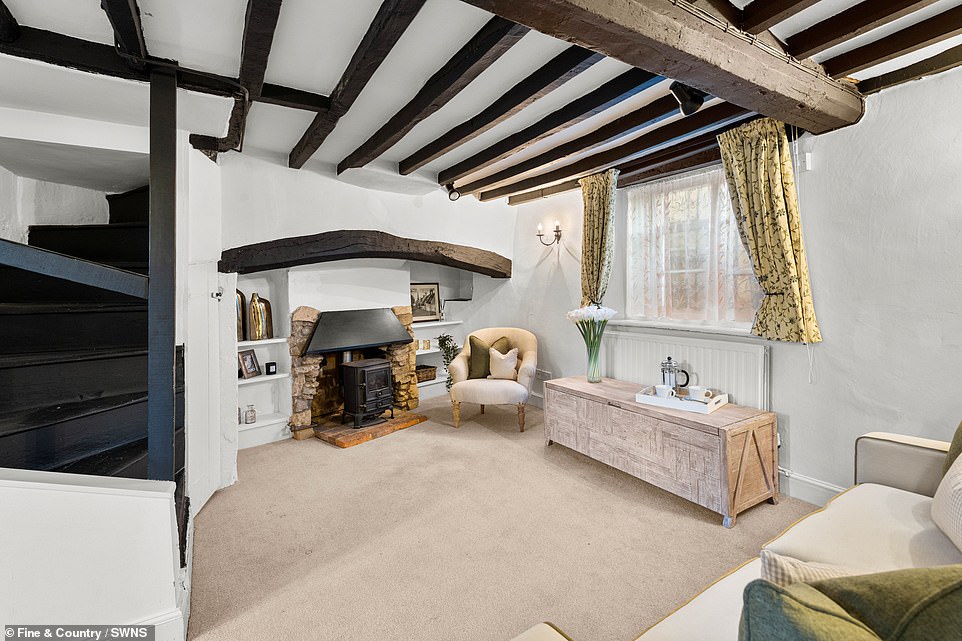 The house includes a second sitting room which features an old fireplace, as well as a wooden spiral staircase 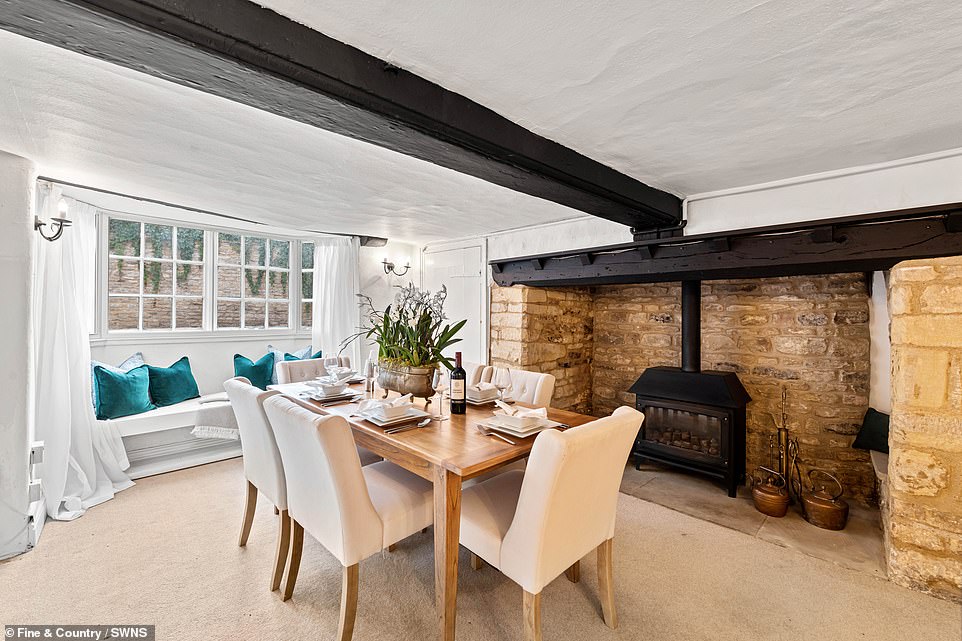 There is also an original stone fireplace in the dining room, which also features a comfy window seat 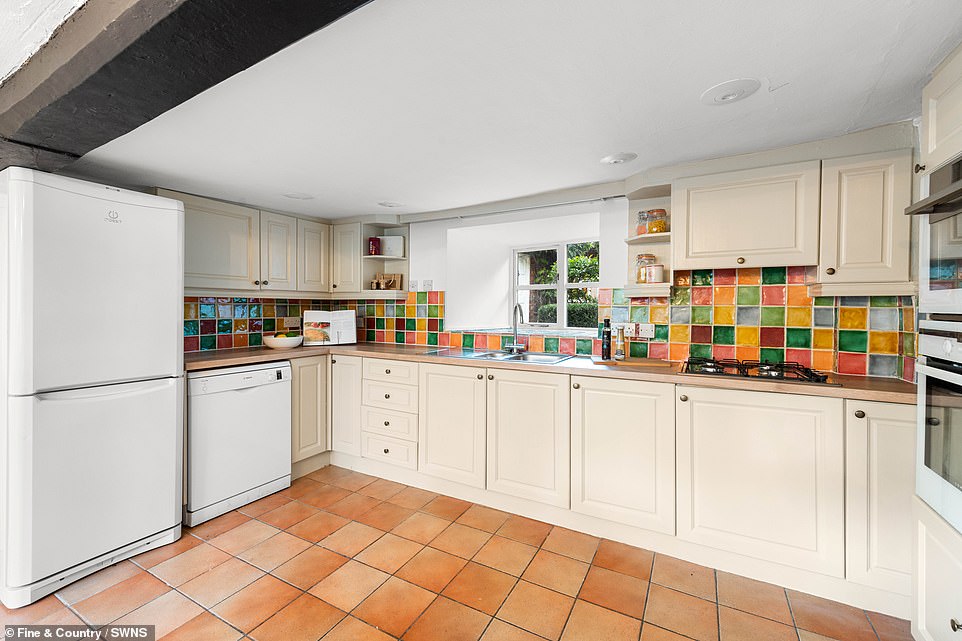 The house is suprisingly spacious for such an historic property, and is the oldest property in the village 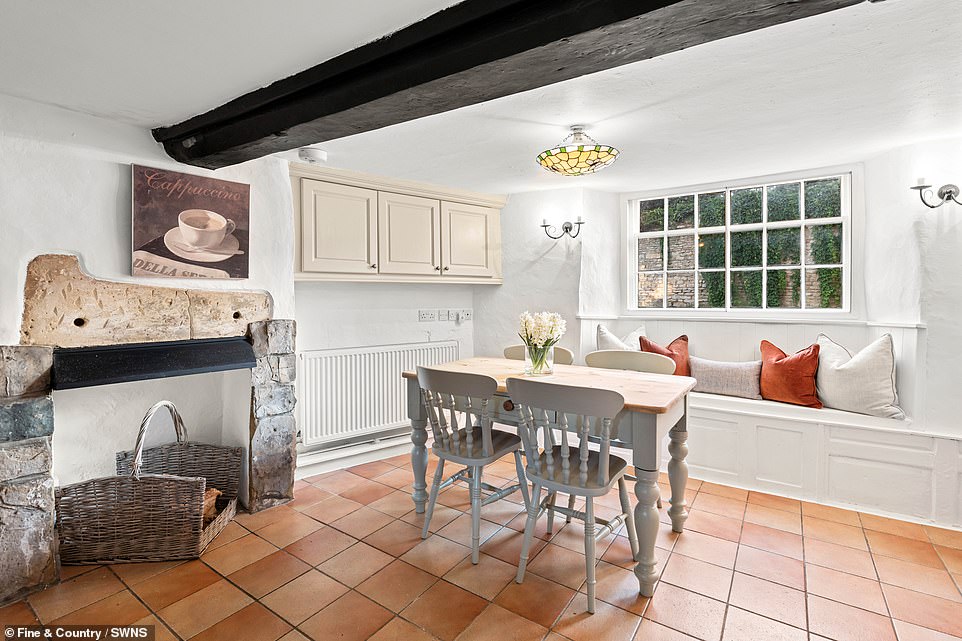 The kitchen has a this fireplace and plenty of room for dining, as well as another cozy window alcove where the owners can enjoy the history of the place 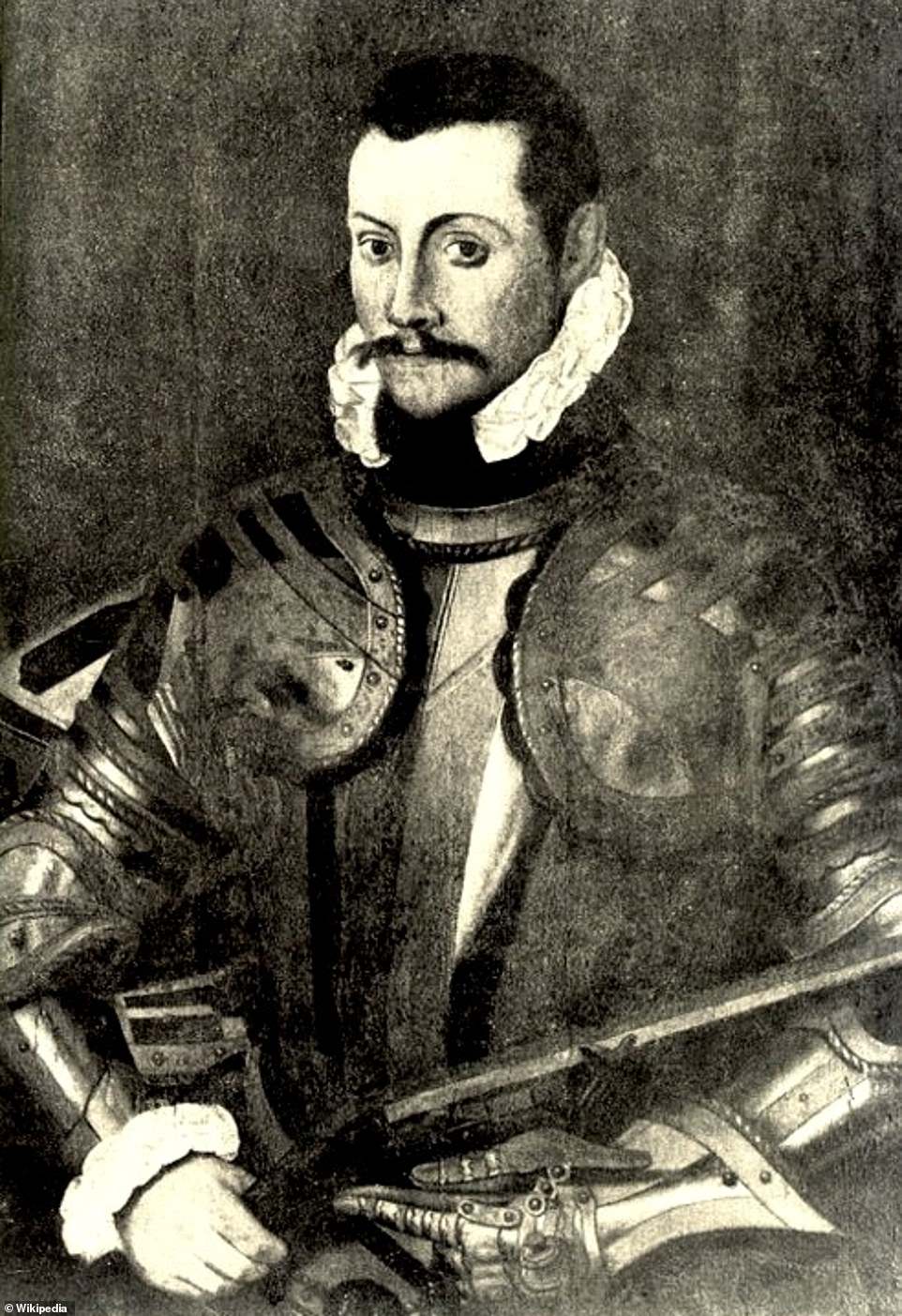 Francis Tresham was sent to the Tower of London after the Gunpowder Plot, but was thought to have sent a letter to the authorities revealing the plan

The current dining room was once owned by the Knights Templar, an organisation of devout Christians who were active in the medieval era.

Dark wooden beams hang from the ceilings and a fireplace sits in one of the living rooms surrounded by old stone.

Estate agent for Fine & Country Molly Thomas who is working with the house, said: ‘The first thing people say when they see the house is that they love the history of the place.

‘The vendor has put photos of the house back when it was an old pub on the walls which people love to see and hear about.

‘I think that is definitely something that people love about old houses, when there is a story behind it. People are always asking questions about it.’

The town itself is also a historic minefield.

Ms Thomas said: ‘There is so much history in Oundle, it is almost hard to list everything. There’s the Talbot Hotel and Oundle School that are spectacular and full of history. 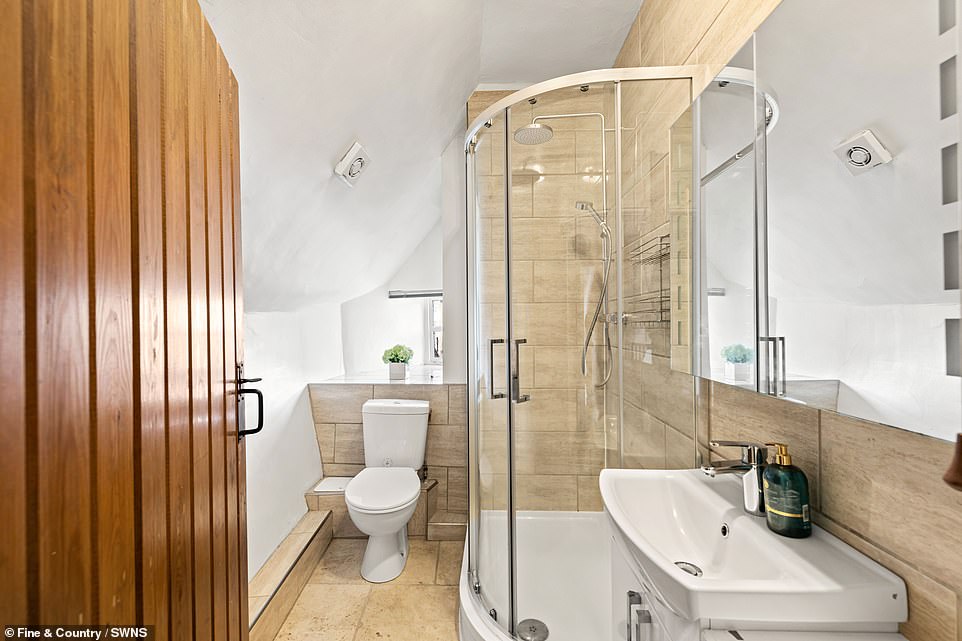 He was the eldest son of Thomas Tresham and Muriel Throckmorton and a staunch Catholic.

Tresham joined the Earl of Essex’s failed rebellion against the government in 1601, and upon the plot being discovered, he was imprisoned. Only his family’s intervention saved him from death.

He then joined the Gunpowder Plot in October 1605, but failed to deliver the money he had promised to co-conspirator Robert Catesbury.

He was reportedly concerned that if the plot to blow up Parliament and kill King James succeeded, two of his brothers-in-law would be killed.

He has long been suspected of writing a letter which found its way to the English Secretary of State and ultimately led to the plot’s discovery.

He always denied this to his co-conspirators. He was arrested on November 12 and sought to play down his role in the plot in his confession.

He died of natural causes in the Tower of London.

‘I think the historic architecture in Oundle is what people love about it.’

The house also has more modern features such as an ensuite, a family bathroom, three good-sized reception rooms and a farmhouse style kitchen.

Automatic gates guard the gravelled driveway that has undercover parking and old flagstone steps which lead down to the back entrance and a little paved area for eating outside.

The cottage has had a lot of interest since it went on the market last month.

Part of this is due to its connection to the plot to assassinate Protestant King James I of England.

Owned by Thomas Tresham, Francis’ father, it has quite the history.

Tresham was first imprisoned for joining a failed rebellion against the government in 1601, and would have been executed without his family’s intervention.

Despite this he became involved in the Gunpowder Plot in October 1605.

A letter written by an anonymous member of the plot found its way to the English Secretary of State and ultimately foiled the plan.

Historians have long suspected this was Francis Tresham’s work, but this hypothesis remains unproven.

Ms Thomas said: ‘We’ve had quite a bit of interest from a mixture of people.

‘It appeals to lots of people as it’s not a crazy big house that would be hard to maintain and wouldn’t be too big for a couple, but it also isn’t too small that it won’t fit a family.’

With its long history it is no surprise that it has had some interesting guests over the years.

Now it is looking for a new owner to continue on its legacy.