Whether the Atlanta Falcons knew what to do on an onside kick that cost them the game or had no idea, as team owner Arthur Blank believed, coach Dan Quinn said that mistake won’t happen again.

Quinn has been dodging raindrops the past couple years when it comes to his job status, and it’s crazy to think an onside kick might be what eventually ends Blank’s patience. The Falcons blew a huge lead to the Dallas Cowboys on Sunday and the key play was an onside kick, which Atlanta players watched as it spun. The players didn’t seem to think the ball would go the necessary 10 yards for the Cowboys to recover, but it did. Dallas jumped on it, drove downfield and kicked a field goal as time expired to win.

Blank said earlier this week that from his vantage point the players “didn’t clearly understand what the rules were and exactly what they had to do.” That’s not good for Quinn.

Quinn had to explain the difference of opinion between him and Blank, which isn’t a winning situation for him.

“Bottom line, it was an unconventional play,” Quinn said Wednesday, via D. Orlando Ledbetter of the Atlanta Journal-Constitution. “Those cause you to hesitate, whether it’s a misdirection play or a trick play that causes you not to trust your eyes and what you are seeing.

“Although, however it comes out and how Arthur and I disagreed about how to talk about it, the one thing we 100 percent agree upon is that it should not have ever happened. We certainly worked through that to make sure that it doesn’t happen again.”

The Falcons’ hands team presumably did understand the rules, considering most casual fans understand an onside kick needs to go 10 yards. They froze, thinking the ball wouldn’t go 10 yards and not risking trying to recover it and turning it into a live ball the Cowboys could recover. Then when the spinning kick did keep going, it was too late.

But when Blank doesn’t agree, it really doesn’t matter. 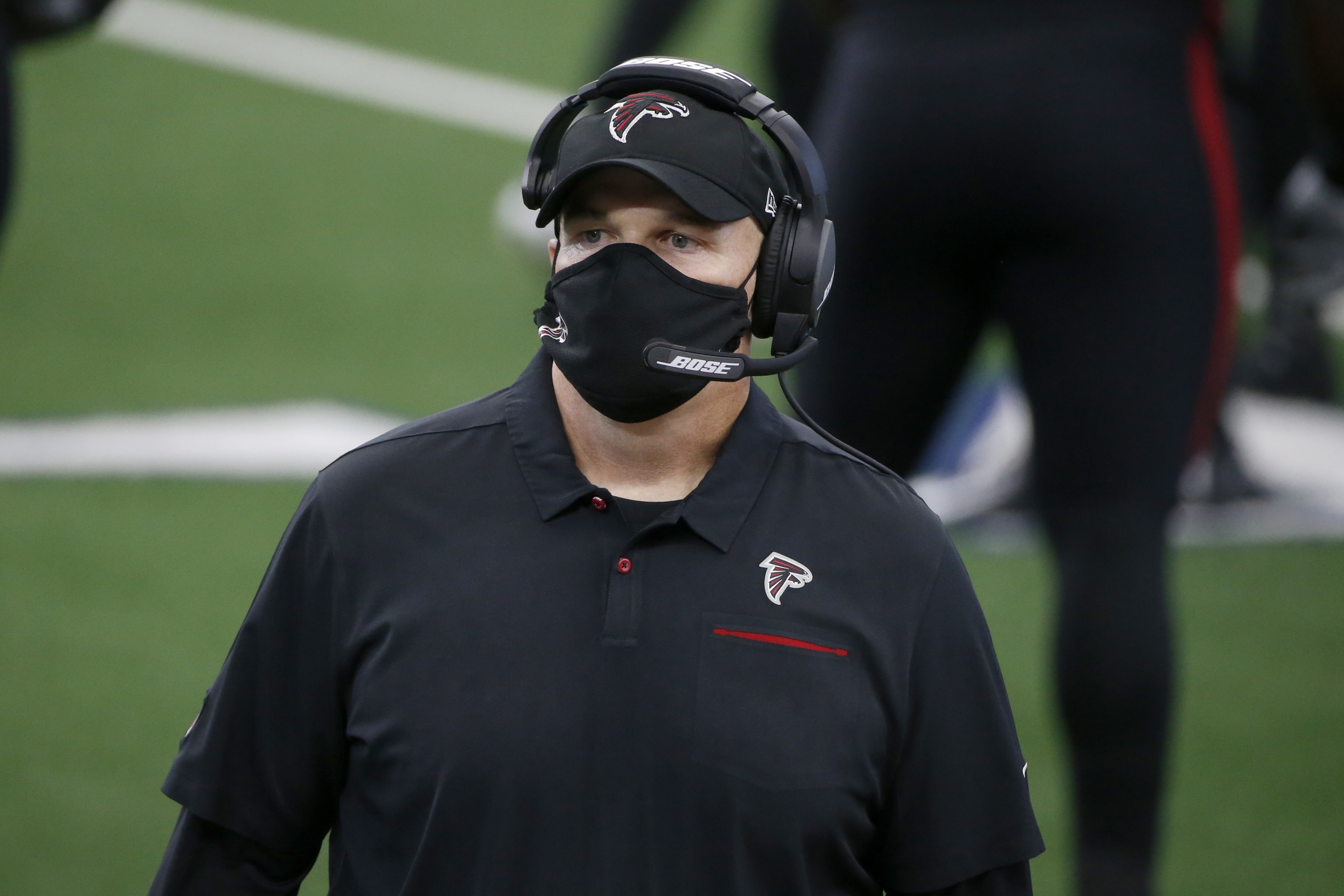 Can Quinn save his job again?

At the end of the 2018 season, Quinn fired his offensive, defensive and special teams coordinators. That showed how close he was to losing his job. Last season, the Falcons started 1-7 and Blank surprised everyone by sticking with Quinn. The Falcons won six of their last eight games, and Quinn kept his job.

This time around, Blank might not be so patient. The Falcons are 0-2. Their collapse on Sunday at Dallas was historic. Had Quinn delivered a Super Bowl title at the end of the 2016 season, he might have more job security, but, 28-3.

Quinn is certainly in some trouble and needs to win soon. And the Falcons better not blow any more onside kick recoveries.