BANGKOK (Reuters) – The three-day coronation of Thailand’s King Maha Vajiralongkorn this weekend includes a mixture of Buddhist and Brahmin traditions. 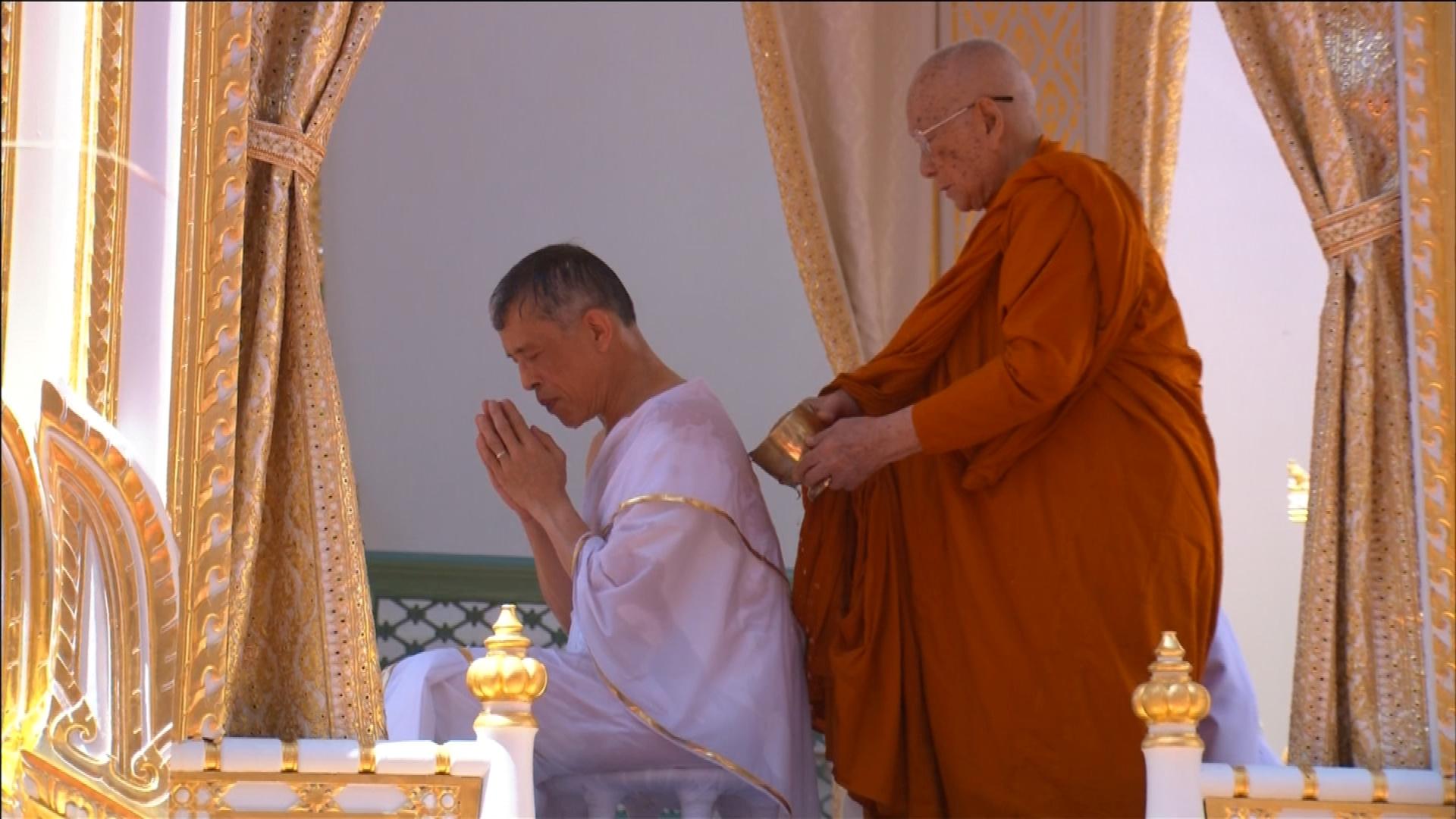 Thai royal practice reflects the traditions of ancient India, with the king transformed through ritual from a member of the royal family to a “Devaraja” or living god.

Following are some of the main points of the rituals that, according to ancient tradition, will symbolically transform the monarch into a god-king.

– The king’s new title will be revealed on Saturday, the first day of the main coronation ceremony, unveiled on a golden plague where it has been inscribed, along with his horoscope, after being determined by a royal astrologer.

– On Saturday morning, the king underwent a purification rite, the “Muratha Bhisek”. Dressed in white, he was showered in water gathered from nine sacred sources of water from around the country.

– Scholars says this ceremony is a simplified version of a ritual performed in ancient Indian courts.

– The king will then change into a full royal uniform and sit on an eight-sided, carved wooden throne inside the Grand Palace where he will receive sacred water on his hands, poured by selected officials from eight directions, representing the cardinal and ordinal directions on a compass. The waters were collected from 108 sources from around the country and blessed in temples by Buddhist monks and Brahmin priests.

– After the purification and anointment, the king will then be seated under a nine-tiered umbrella which signifies full kingship. He will then receive the monarch’s regalia, including five key objects: the great crown of victory, the sword of victory, the royal scepter, the royal fan and fly whisk, and the royal slippers.

– After being crowned, the king will meet with royal family members, his privy council, and the cabinet, and senior officials who will greet the newly crowned monarch at the Amarindra Vinicchaya Throne Hall.

– The king will then visit the Temple of the Emerald Buddha on Saturday afternoon to declare himself the patron of Buddhism, the religion followed by more than 90 percent of Thais.

– After the rituals the king will attend a “housewarming” private ceremony at the Chakrapat Biman Royal Residence inside the Grand Palace Complex, accompanied by the female members of the royal family.

– On Sunday morning the king will grant new royal titles to members of the royal family at the Amarindra Vinicchaya Throne Hall.

– On Sunday afternoon, the king, seated in a palanquin, will be carried in a procession though Bangkok’s old quarter, in a traditional display of the new monarch to the public. He will visit three temples, Wat Bovoranives, Wat Rajabopidh, and Wat Phra Chetuphon, to pay homage to the main Buddha images and give alms to monks.

– On Monday afternoon, King Vajiralongkorn and Queen Suthida, whom he wed on Wednesday, will greet the public from the balcony of Suddhaisavarya Prasad Hall in the Grand Palace before granting an audience with foreign diplomats.