The actor-turned-leader for the United Kingdom’s conservative Reclaim political party said he is being ‘un-canceled’ by married couple and Irish filmmakers Phelim McAleer and Ann McElhinney to play President Joe Biden’s son in their new film.

‘Hello, I have some really good news – or really bad news depending on which side of the ever-widening political divide that you sit,’ Fox said in a straight-to-camera video obtained by DailyMail.com. ‘I have been temporarily un-canceled and asked to don my acting shoes again. Why? To play Hunter Biden in a new independent film called ‘My Son Hunter.’

‘It’s a brilliant, surreal and funny script,’ he said of the film, ‘basically because it’s true.’

‘The Hunter story fascinates me so much, especially the vigor with which the mainstream media continue to try and suppress it,’ Fox continued in his taped comments.

‘I couldn’t resist the offer to enter his world and tell his truth,’ he added. ‘So on one level we are both being un-canceled – Hunter’s story and Hunter’s truth can finally be told.’ 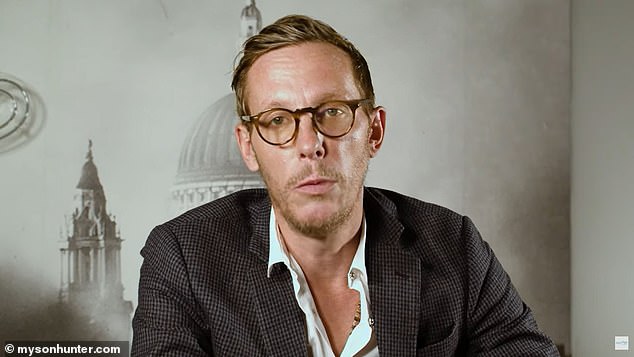 Actor Laurence Fox, 43, has signed on to play Hunter Biden in upcoming film ‘My Son Hunter’ 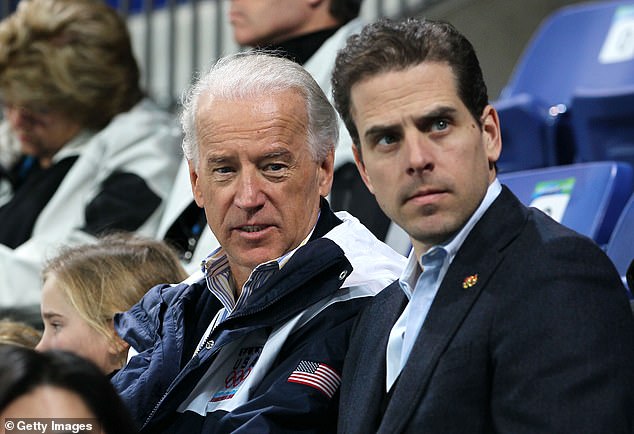 ‘I couldn’t resist the offer to enter his world and tell his truth,’ said Fox, who now leads the Reclaim Party, a conservative political party in the United Kingdom. Hunter and then-Vice President Joe Biden attend a woman’s ice hockey game between the U.S. and China on February 14, 2010

Fox then turned to the side and looked off camera, saying to himself: ‘I wonder if I can still act. About to find out. See you soon friends.’

McAleer and McElhinney are conservative filmmakers and authors who are also married.

They two have written and produced niche films that are mostly backed by crowdfunded efforts and specifically target conservative viewers. Some films include ‘Gosnell: The Trial of America’s Biggest Serial Killer’, which is a true crime drama based on abortionist Dr. Kermit Gosnell; and ‘FrackNation’, which addressed what they called misinformation about hydraulic fracturing or ‘fracking’.

Also joining the team to direct ‘My Son Hunter’ is Robert Davi, known for his on-screens roles in James Bond film ‘License to Kill’, cult classic ‘The Goonies’ and an FBI agent in ‘Die Hard.’

In welcoming Fox to the movie, Davi said: ‘One of my biggest concerns was in the casting of Hunter. For Hunter we needed someone who is not just a great actor, but a brilliant mind.’ 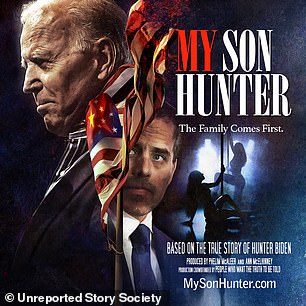 ‘Joe Biden has repeatedly said Hunter is the ‘smartest man’ he knows,’ Davi continued. ‘We also needed someone with the pedigree, edge, emotional range and deep sensitivity. One may think there are many who could play him and that is so. But how many could brilliantly play him?’

‘I’m thrilled that Laurence Fox will be Hunter Biden.’

Fox’s references in his announcement video to being ‘un-canceled’ are a nod toward conservative voices and figures feeling as though their perspective is unfairly targeted, suppressed and censored by big tech companies.

Also, Fox has previously claimed that he has been canceled.

In September 2020, Fox said he was ‘canceled’ by actress and former co-star Rebecca Front, because she blocked him on Twitter after he used the slogan ‘All Lives Matter’, which is a counter to the ‘Black Lives Matter’ movement.

More recently, on Tuesday, Fox said his party was canceled because a Reclaim Party video claimed to be ‘spreading medical minification’ was blocked on YouTube six hours after it was posted.

‘CENSORED! YouTube cancelled our #ReclaimTheMedia video within 6 hours – for ‘spreading medical misinformation,’ Fox tweeted along with a one-minute video rant on Twitter.

‘Funny: we just agreed with the JCVI [Joint Committee on Vaccination and Immunisation]. Healthy kids don’t need jabs!’ he continued, adding the video can still be watched on Facebook for now.

Fox said that while filming ‘My Son Hunter’, Martin Daubney, deputy leader of the Reclaim Party, will temporarily take over – after he was appointed to the post last month.

‘Don’t worry friends and foes – well I don’t have any foes, I love you all – I’m not stepping back from my day job as leader of the Reclaim Party,’ the politician said in the short clip announcing his new role as Hunter.

‘In fact, we’ll be making some exciting announcements in the next few weeks,’ he previewed. ‘But for a few weeks I will be juggling two jobs at the same time – and therefore, the ever-valiant Martin Daubney will be keeping the ship steady until I return.’ 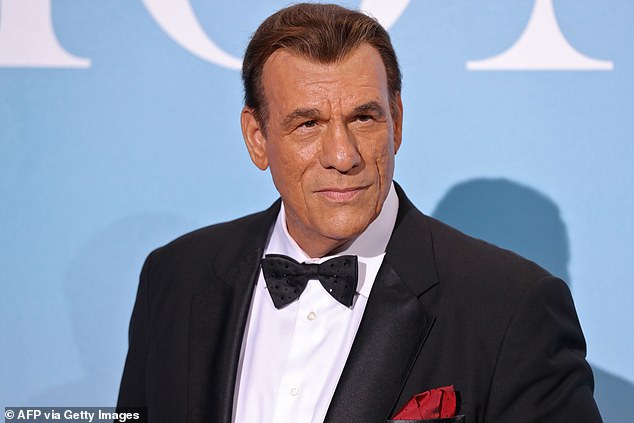 Robert Davi, known for his Bond villain, ‘Die Hard’ FBI agent and ‘The Goonies’ roles, will direct the film. Pictured above, Davi arrives at the 2nd Monte-Carlo Gala for the Global Ocean in Monaco on September 26, 2018

The precipice of filming the movie appeared to be the media attention – or lack thereof, according to the filmmakers – of the corruption surrounding Hunter Biden when his father was running for president and after he won the election against Donald Trump.

McAleer explained in a statement provided to DailyMail.com when announcing in March plans for the upcoming film: ‘The media and big tech covered up the bombshell report by The New York Post that showed the depth of corruption in the Biden family.’

He was referencing a report published shortly before the 2020 presidential election detailing the corruption – including what was found on Hunter’s laptop’s harddrive when it was left at a computer repair shop and correspondence he had with foreign business leaders.

That report was stifled on social media and even completely blocked on Twitter.

‘If the media won’t do their jobs, we’ll do it for them,’ McAleer said.

Veteran actor Davi, 70, will direct the exposé on the ‘nefarious’ life of the president’s son, DailyMail.com learned last month.

He signed on to direct the film because he feels the ‘conservative movement is lacking’ entertainment content to the level of what comes out for left-leaning viewers.

‘There’s a lot of great films that people do, but they’re not as engaging as you would say that we have coming out of Hollywood, which is mostly the progressive left. And that’s just how it’s always been,’ Davi told DailyMail.com in a phone interview in August.