An ex-wife who met her tycoon husband while working on the shop floor of his factory has lost a fight to boost her £73million divorce payout.

Janie Martin was just 23-years-old she met her super-rich petrolhead boss Rupert Martin in 1985 – and they married four years later in 1989.

The couple, who have two grown-up children, ‘enjoyed a very high lifestyle,’ throughout their marriage.

Both shared a £5million listed home in Somerset, a £10m ultra-modern house in Hampshire – with helicopter hangar – and £2.6m home on the Kings Road, in London, before they separated in 2015.

Mr Martin, now 69, also spends £1m a year funding a motor racing team in which his 30-year-old son Alex is a driver, and recently spent over £5m on an 860-acre shooting estate in Somerset.

Last year, after a High Court hearing, divorce judge Mr Justice Mostyn ruled that the wife was due about £73m from the vast family fortune of £182m.

But Mrs Martin, now 56, fought that decision in the Appeal Court, seeking an extra £17m. She claimed her £73m payout was ‘unfair’ and that she was short-changed.

Her counsel tried to argue that the divorce judge got the valuation of the company when the couple’s relationship started wrong, claiming it ought to have been valued at just £1.6m rather than £44m.

This reduced amount – also brought about by Mr Martin only owning half the business at the time – would reduce the amount of money needed to be taken out of the marital pot and therefore boost Ms Martin’s payment. 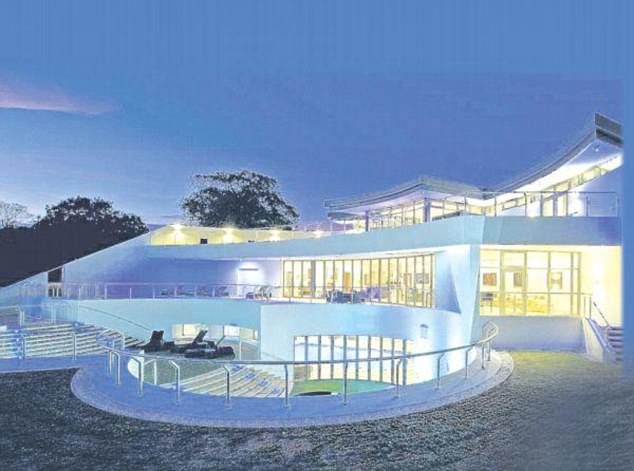 Ms Martin now stays in a £10million ultra-modern residence in Hampshire (pictured). It is just one of a number of properties the couple shared – including a £2.6m home on the Kings Road, in London 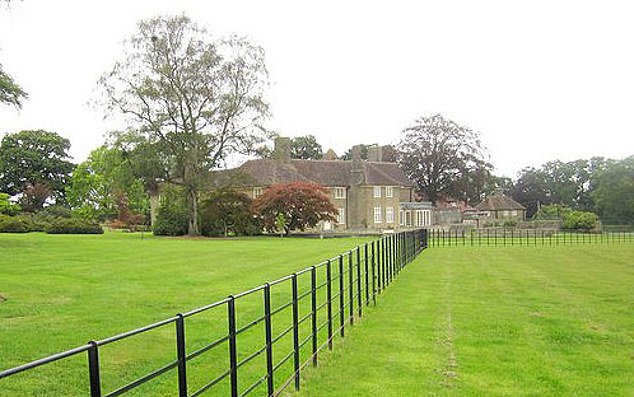 Mr Martin now stays in a £5million listed home in Somerset, where he also has paid for a 860-acre shooting estate

Today Lord Justice Moylan refused to award her more cash and told her she would have to wait longer for her money, giving Mr Martin three more years to raise the cash to settle up with his ex.

The court in London heard that, when the couple met in 1985, ‘the wife was a worker on the shop floor of the husband’s factory’ and Mr Martin was still married to his second wife.

He got divorced in 1987 and married Janie, now 56, who had also been married once before she got together with her then boss.

For 29 years before they split, they enjoyed a vast ‘personal fortune’ and were ‘able to buy a number of properties of exceptional quality in London, Hampshire, Somerset, Devon and Austria,’ the court heard.

They included a modernist home on the banks of the Beaulieu River, in the New Forest, with a helicopter hangar, set in 27 acres, which is now the wife’s home, and a listed country pile, near Horsington, Somerset. 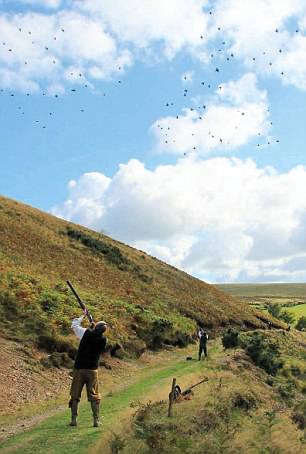 For 29 years before they split, they enjoyed a vast ‘personal fortune’ and were ‘able to buy a number of properties of exceptional quality in London, Hampshire, Somerset, Devon and Austria,’ the court heard. Mr Martin recently splashed out over £5million on an 860-acre shooting estate in Somerset (pictured)

Martin Pointer, QC for the wife, had told the Appeal Court that the divorce judge got the valuation of the company when the couple’s relationship started drastically wrong, claiming it ought to have been valued at just £1.6m rather than £44m.

He also argued that the judge went wrong by not factoring in the fact that Mr Martin only owned half the business in 1986, the other half then being owned by his former business partner.

Using those calculations would reduce the money to be taken out of the marital pot to just £800k, boosting the payout due to the wife by £17m.

But Lord Justice Moylan today rejected those arguments, saying the divorce judge had rightly refused to take that path.

‘He did not consider that those approaches fairly and realistically reflected the true potential of the company’ when the couple married or the ‘true present value of what the husband brought into the marriage,’ Lord Justice Moylan said.

He said Mr Justice Mostyn’s decision on how to split the money ‘resonates with fairness’ because ‘it take an overarching view of the weight to be attributed to the husband’s contributions to the business throughout its existence.’

The Appeal judge rejected the wife’s claim that, when calculating the wealth that Mr Martin brought into the marriage, Mr Justice Mostyn should have acted on the bare figures relating to the company at the time they were wed.

‘It involves a holistic, necessarily retrospective, appraisal of all the facts and then the application of a subjective conception of fairness, overlaid by a legal analysis,’ he added. 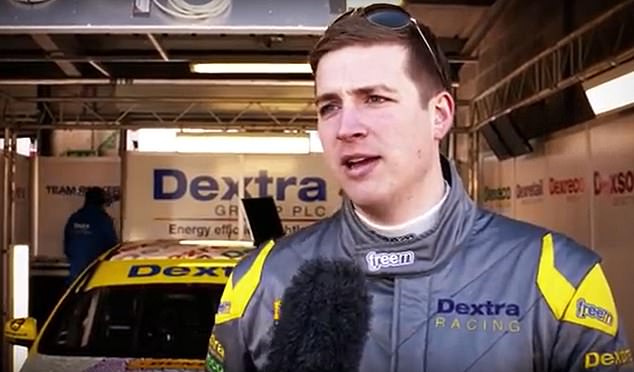 Sitting with Lord Justice Simon and Lord Justice Coulson, Lord Justice Moylan allowed part of the husband’s cross-appeal, overturning an order that he must pay up £20m of the lump sum to his ex by next year.

Mr Martin will now pay his ex-wife £5m a year over the next four years instead.

Lord Justice Moylan said he was making this move to avoid potential damage to the husband’s business if he were forced to take out ‘a sum as large as £20m’ in one go at short notice.

He concluded by saying that the changes to the order meant the marriage had now ended with ‘an outcome which is broadly fair to both parties.’

Of the business empire he founded, Mr Martin had told the judge: ‘This is my life, my passion, it is the ultimate zing. It is as good as driving a racing car.’