Turkish officials suspect Jamal Khashoggi was killed during a visit to the nearby consulate on October 2. 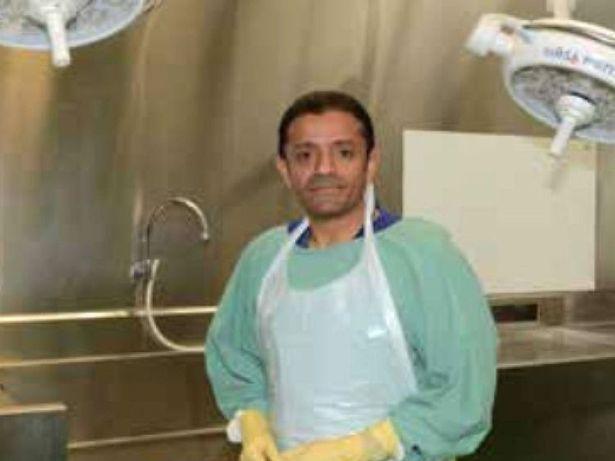 At least nine of 15 suspects identified by Turkish authorities worked for the Saudi security services, military or other government ministries.

One of those suspects is reportedly Dr Salah al-Tubaigy, an autopsy expert who studied in Glasgow in 2004, according to the Daily Record.

He has been identified by an anonymous source as telling others in the squad to put headphones in while dismembering Khashoggi.

According to the source, who spoke to Middle East Eye, al-Tubaigy, who also holds a position within the Saudi Interior Ministry, said: "When I do this job, I listen to music." 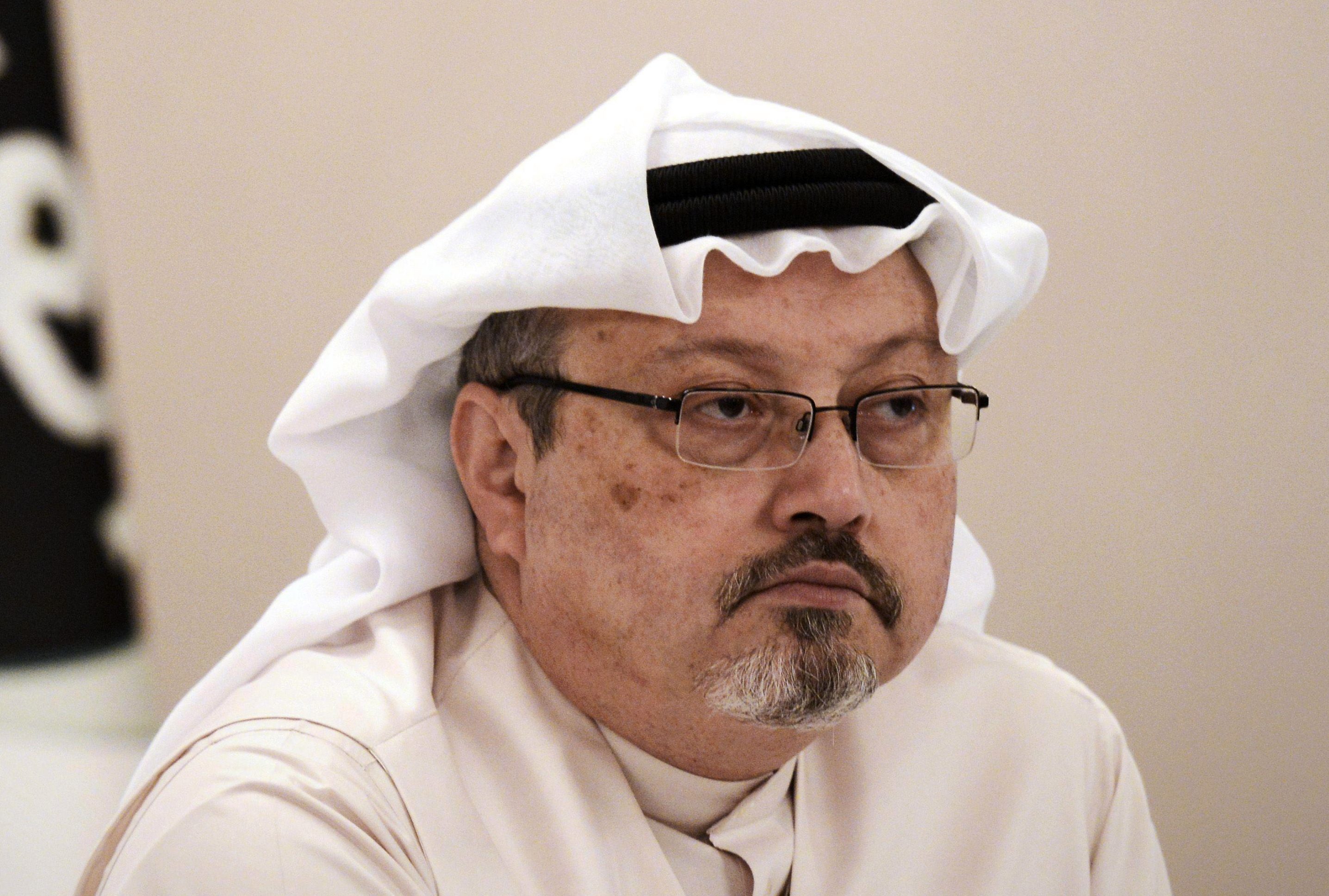 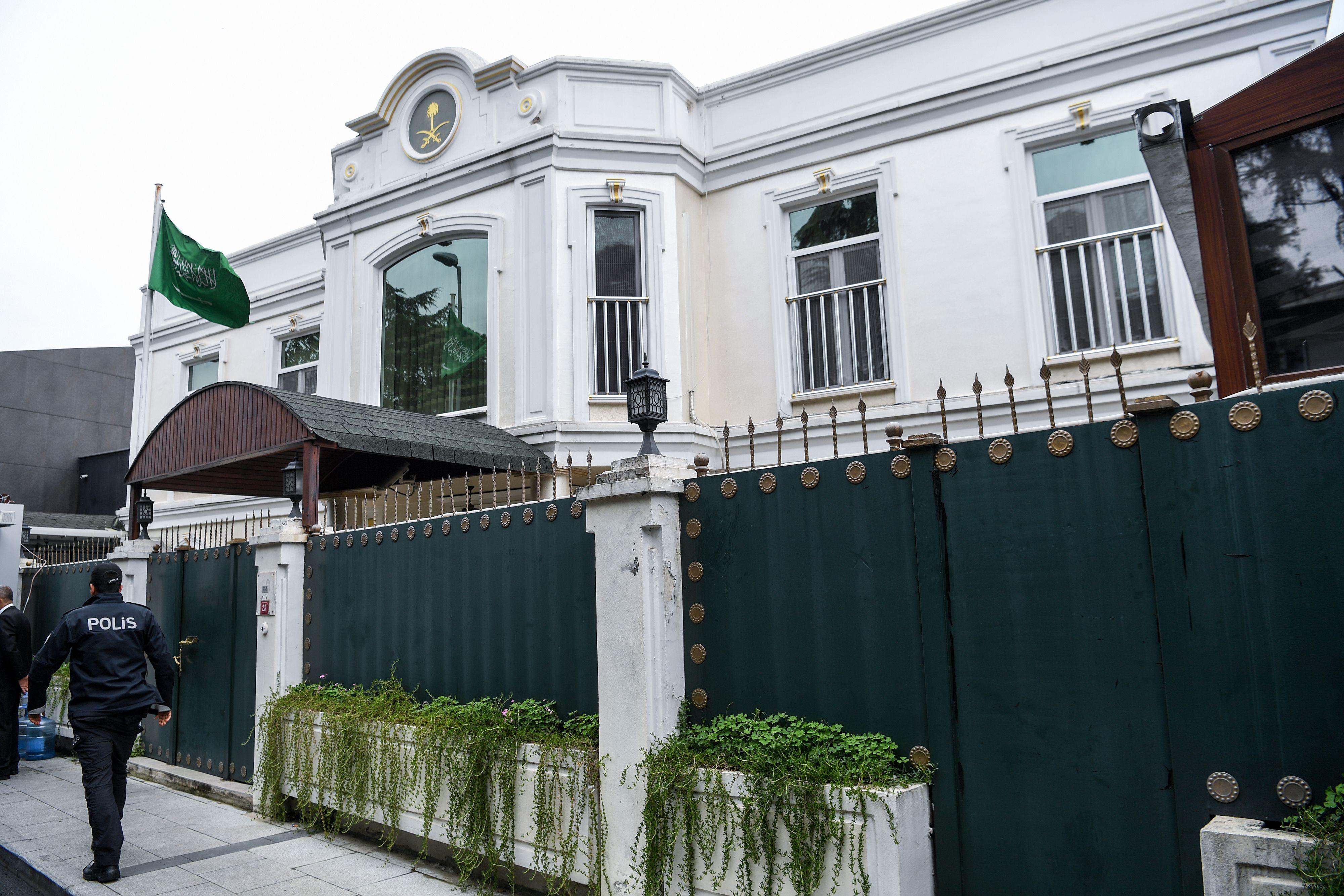 Most are said to be high-ranking protection officers who were on duty when the Saudi royal made his high-profile visits to the UK and France earlier this year.

They are the highly-trusted team who travel everywhere with the Royal – which will make it difficult for bin Salman to distance himself from the torture scandal in Istanbul.

At least three of the elite guards are reported to have accompanied him on his visit to London in March when he met the Queen in Buckingham Palace.

It's now been claimed the murder suspects ate dinner at the Saudi consul-general’s residence in Istanbul AFTER murdering and dismembering Khashoggi inside the building, reports Middle East Eye (MME). 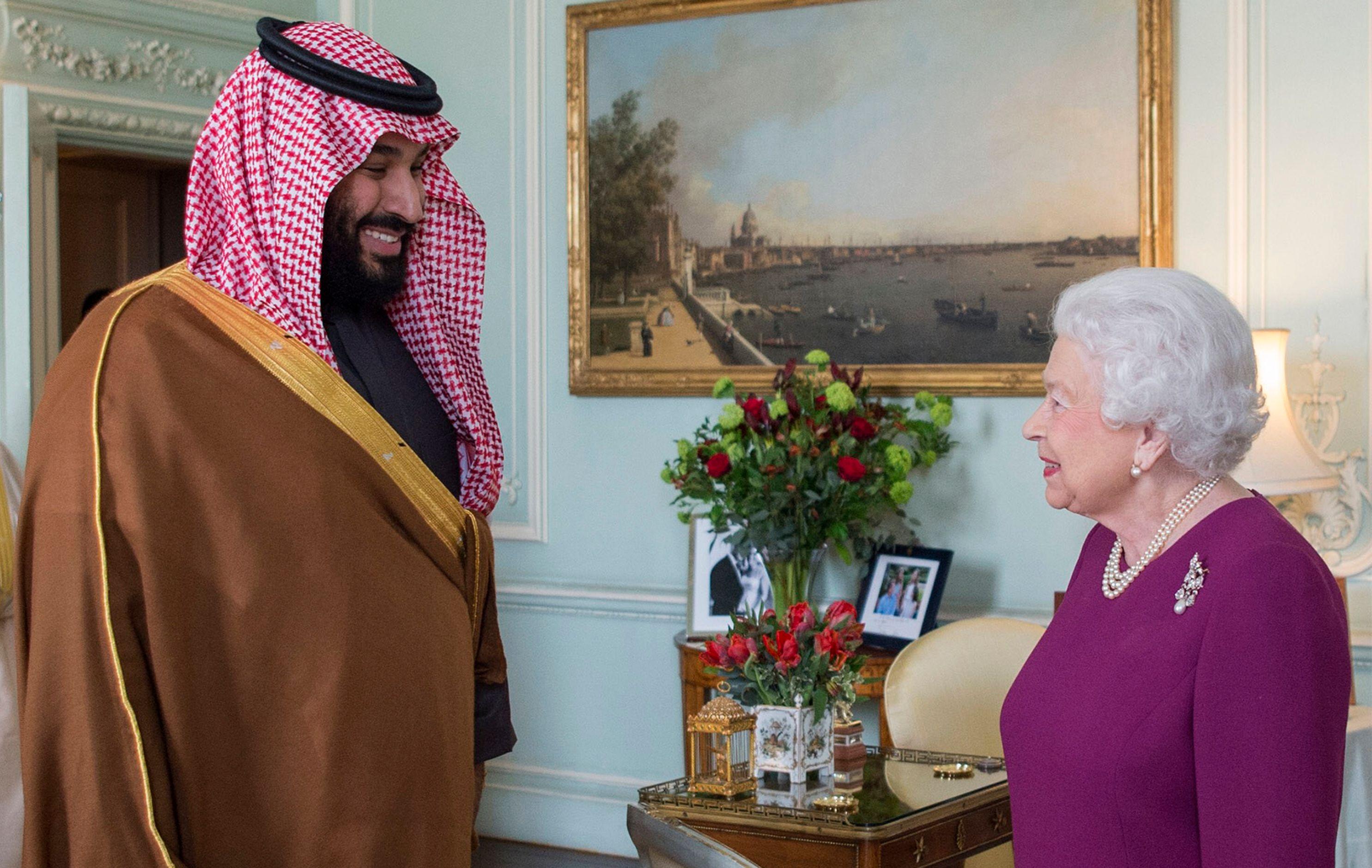 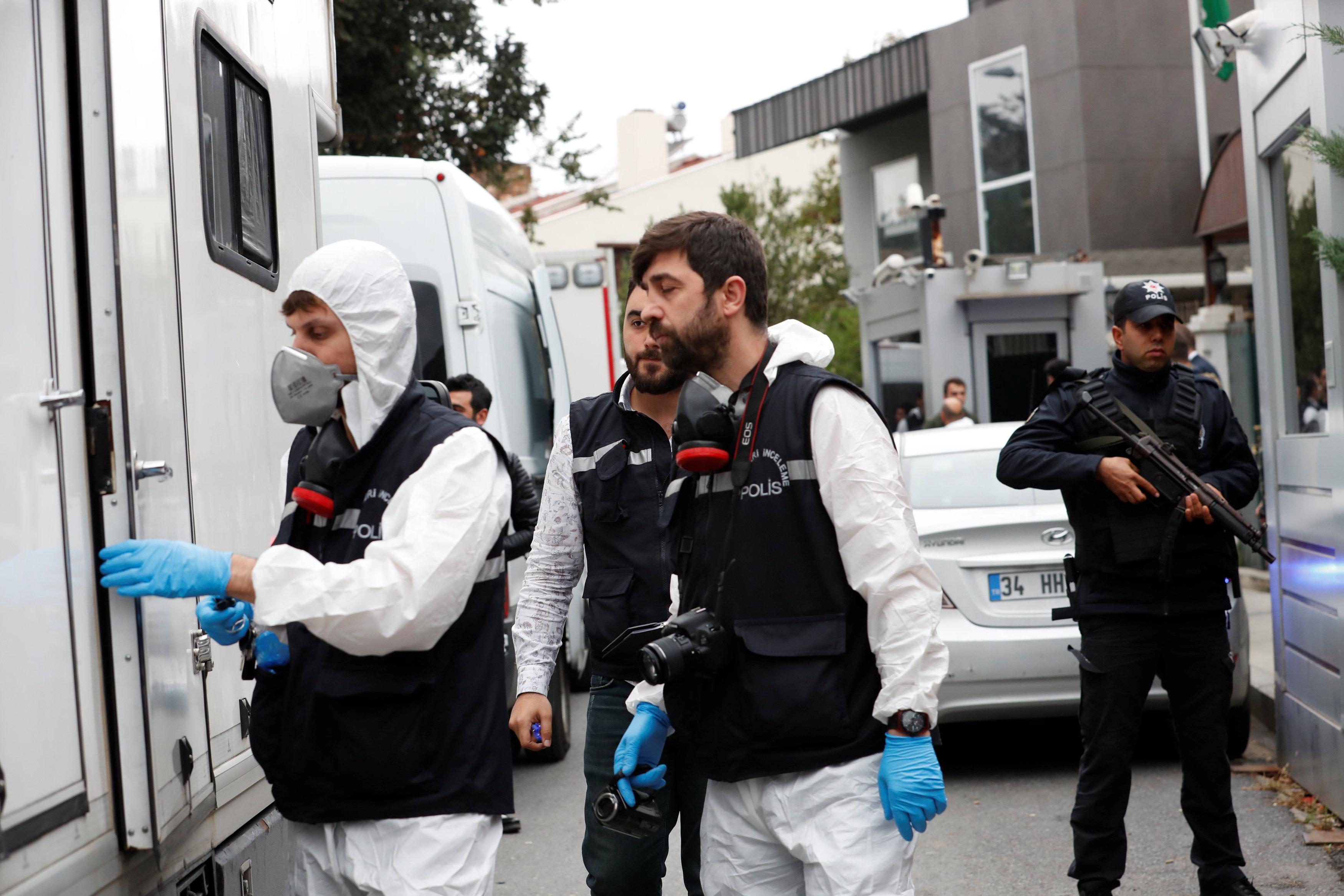 The international writer had his fingers torn off one by one by his torturers before he was decapitated and his body was later dissolved in acid, according to horrific reports.

The journalist was allegedly carved up with a bone saw while alive in a horrifying seven-minute execution carried out by killers listening to music on headphones.

Khashoggi, an outspoken critic of the Saudi leadership, was last seen alive entering the consulate on October 2nd, however Saudi Arabia has denied killing him and initially said he left the building unharmed.

However, a source told the Washington Post they heard a recording from the writer's Apple Watch capturing the moment he was allegedly dragged into a study to be drugged and butchered.

The anonymous source said Khashoggi – a Saudi journalist based in the US – can be heard screaming as he's dragged from the Consul General’s office to a desk in the other room.

The US President said the royal told him an investigation was underway and promised he would get answers surrounding the writer's fate.

This afternoon Trump revealed the US has requested audio and video from Turkey relating to missing journalist adding "if it exists".

Now the MEE reports it has a document from the Saudi Interior Ministry detailing the alleged killer's ranks, dates of birth, passport and telephone numbers and when they accompanied bin Salman on trips abroad.

At least two of them accompanied the crown prince to France in April. They have been named by MEE as Major General Mahir Abdul Aziz Muhammad Mutrib and Colonel Badr Lafi Muhammad Al-Oteibi.

Turkish media published the names and photos of the 15 suspects last week after it was suspected Khashoggi had been killed and dismembered shortly after entering the Saudi consulate in Istanbul on 2 October.

Several of the suspects arrived at Ataturk airport on commercial flights in the early hours on 2 October, while others arrived on a private jet from Riyadh later that morning.

A second private jet landed in Istanbul that afternoon, when three suspects also flew in on commercial flights.

The suspects checked into two hotels near to the Saudi consulate but all left the country within hours of their arrival.