Former head of security Dean Manister, 51, and ex-soldier Lee Hurford, 49, broke into the embassy in Belgravia and stole passports and cash from three safes in September 2018.

They had previously denied the charges but changed their pleas unexpectedly today, although the pair still deny conspiracy to blackmail. 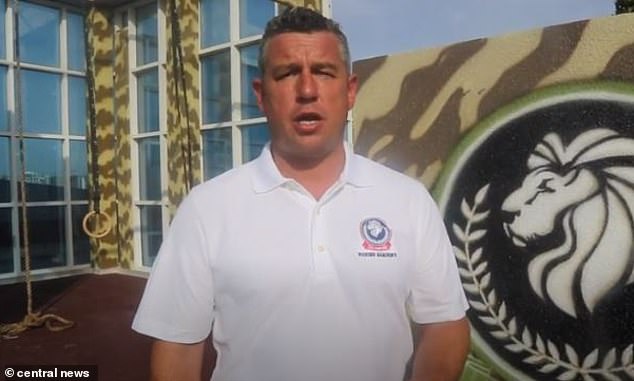 Prosecutor Tyrone Silcott said Manister was not physically involved but used the information he gained as head of security to assist Hurford in the thefts.

‘Either Mr Manister had a key still or he still had a password which he gave to Mr Hurford for overriding the safe,’ Mr Silcott said.

Judge Griffiths renewed their bail on condition they do not apply for international travel documents and leave their surrendered passports with the police.

They will be sentenced at Prospero House, London’s first Nightingale Court, in Borough, south London, on June 10.

Manister, of Colchester, Essex, admitted two counts of aiding or abetting theft and one of aiding and abetting attempted theft. 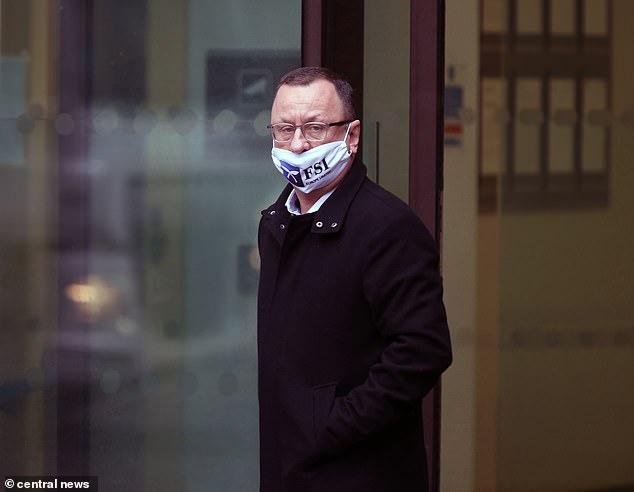 Head of security Dean Manister, 50, (pictured) assisted Hurford in breaking into the building where they stole confidential documents, passports and cash from three safes

Hurford, of Leeds, admitted two counts of theft and one of attempted theft.

Manister and former close protection guard Hurford, who has owned a boxing gym in Dubai, had been accused of planning to extort £3m from a VIP at the embassy in exchange for the return of the items stolen on the night of September 14, 2018.

The conspiracy to blackmail charge was ordered to lie on the court file.