WASHINGTON/DUBAI (Reuters) – The attack on Saudi Arabia’s oil facilities on Saturday that has threatened global oil supplies came from a direction indicating that Iran was behind it, and cruise missiles may have been the weapon of choice, according to a senior U.S. official. 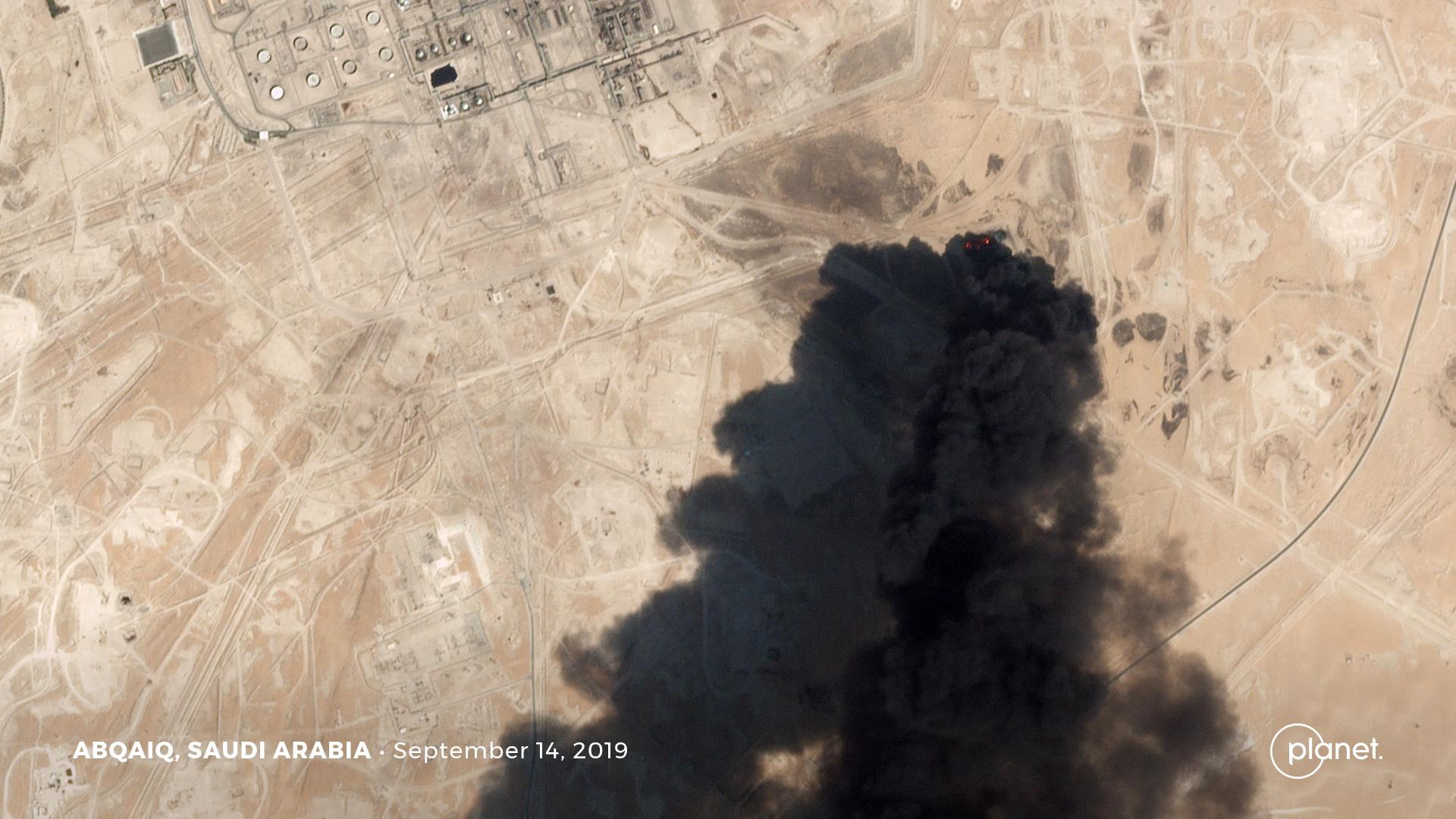 The comments added heft to Washington’s accusation that Iran launched the attacks that knocked out more than 5% of global oil supply, instead of the Yemeni Houthi group that claimed it. Tehran rejected the accusation, but said it was ready for war.

The strike on the heartland of Saudi Arabia’s oil industry, which included damage to the world’s biggest petroleum-processing facility, was expected to send oil prices up $5 to $10 per barrel on Monday and inflame tensions across the Middle East.

The U.S. official, who asked not to be named, said on Sunday there were 19 points of impact in the attack on Saudi facilities and that evidence showed the launch area was west-northwest of the targets – the direction of Iraq and Iran – not south from Yemen.

The official added that Saudi officials indicated they had seen signs that cruise missiles were used in the attack, which is inconsistent with the Iran-aligned Houthi group’s claim that it conducted the attack with 10 drones.

“There’s no doubt that Iran is responsible for this. No matter how you slice it, there’s no escaping it. There’s no other candidate,” the official told reporters.

Iranian Foreign Ministry spokesman Abbas Mousavi dismissed the U.S. allegation it was responsible as “pointless”. A senior Revolutionary Guards commander warned that the Islamic Republic was ready for “full-fledged” war.

“All American bases and their aircraft carriers in a distance of up to 2,000 kilometers around Iran are within the range of our missiles,” the semi-official Tasnim news agency quoted Commander Amirali Hajizadeh as saying.

Riyadh has accused Iran of being behind previous attacks on oil-pumping stations and the Shaybah oilfield, charges that Tehran denies. Saudi Arabia has not yet blamed any party for Saturday’s strike. Riyadh also says Tehran arms the Houthis, a charge both deny.

State oil giant Saudi Aramco said the attack cut output by 5.7 million barrels per day, at a time when Aramco is trying to ready itself for what is expected to be the world’s largest share sale.

Aramco gave no timeline for output resumption. A source close to the matter told Reuters the return to full oil capacity could take “weeks, not days”.

Traders and analysts said crude may spike to as high as $100 a barrel if Riyadh fails to quickly bring back supply.

Another source briefed on the developments said Saudi oil exports would continue to run as normal this week thanks to large storage in the kingdom, the world’s top oil exporter. It ships more than 7 million barrels daily to global destinations.

Riyadh said it would compensate for the damage at its facilities by drawing on its stocks, which stood at 188 million barrels in June, according to official data. The United States said it was also ready to tap emergency oil reserves if needed.

The Saudi bourse closed down 1.1% on Sunday, with banking and petrochemical shares taking the biggest hit. Saudi petrochemical firms announced a significant reduction in feedstock supplies.

“Abqaiq is the nerve center of the Saudi energy system. Even if exports resume in the next 24 to 48 hours, the image of invulnerability has been altered,” Helima Croft, global head of commodity strategy at RBC Capital Markets, told Reuters.

According to the U.S. official, 17 structures at Abqaiq suffered damage on their west-northwest facing sides, along with two points of impact at Saudi’s Khurais facility.

U.S. Secretary of State Mike Pompeo said earlier that there was no evidence the attack came from Yemen, where a Saudi-led coalition has been battling the Houthis for over four years in a conflict widely seen as a proxy war between Saudi Arabia and Shi’ite Muslim rival Iran.

“Amid all the calls for de-escalation, Iran has now launched an unprecedented attack on the world’s energy supply,” he said.

Some Iraqi media outlets said the attack came from there. Baghdad denied that on Sunday and vowed to punish anyone using Iraq, where Iran-backed paramilitary groups wield increasing power, as a launchpad for attacks.

Kuwait, which borders Iraq, said it was investigating the sighting of a drone over its territory and coordinating with Saudi Arabia and other countries. The Cabinet said the prime minister ordered tighter security at vital installations.

Regional tensions have escalated since Washington quit an international nuclear deal and extended sanctions on Iran.

U.N. Secretary-General Antonio Guterres condemned Saturday’s attacks and called on all parties to exercise restraint and prevent any escalation.

The European Union warned that the strikes posed a real threat to regional security, Britain called them a “reckless attempt” to disrupt global oil supplies and France said such actions could only worsen the “risk of conflict”. Iran’s ally Turkey called for the avoidance of “provocative steps”.

The attack came after U.S. President Donald Trump said a meeting with Iranian President Hassan Rouhani was possible at the U.N. General Assembly in New York this month. Tehran ruled out talks until sanctions are lifted.

White House adviser Kellyanne Conway did not rule out a possible meeting between the two, but told “Fox News Sunday” that the strikes “did not help” that prospect.

Saudi de facto ruler Crown Prince Mohammed bin Salman told Trump that Riyadh was ready to deal with “terrorist aggression”. A Saudi-led coalition has responded to past Houthi attacks with air strikes on the group’s military sites in Yemen.

The conflict has been in military stalemate for years. The Saudi alliance has air supremacy but has come under scrutiny over civilian deaths and a humanitarian crisis that has left millions facing starvation. The Houthis, more adept at guerrilla warfare, have increased attacks on Saudi cities, thwarting peace efforts.