Bulgaria is the latest nation to be hit as the deadly disease has been identified in four different regions already in 2020. At least 24,500 animals were killed on Tuesday on a large pig farm in the north-east of Shumen, according to the TV station bTV. Other cases of swine fever have been recorded in the Sliven area in the southeast and near Gabrovo in the Balkan Mountains. And the latest outbreak has been in a farm in the village of Brestak.

This has brought the total number of pigs slaughtered to 39,600.

Bulgaria has tried to prevent swine fever hitting for many years.

This is due to neighbouring country Romania having a rampant number of cases.

A 130-kilometre fence was even built across the border in 2018 in a bid to stop the disease spreading through. 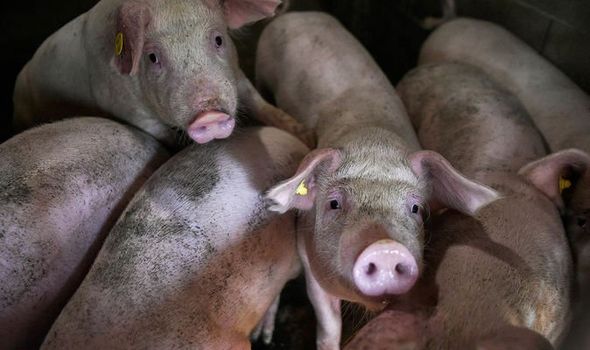 African swine fever is not a health danger for humans.

However, it is deadly for pigs and boars.

The disease first spread in Africa, before hitting Europe and Asia.

It has killed hundreds of millions pigs overall, which has greatly reshaped global meat markets. 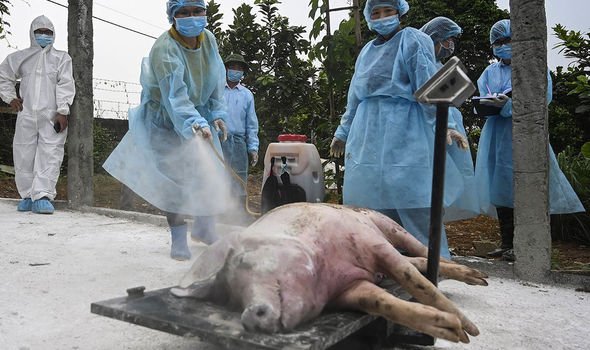 She told the FT: “Producers can see that if the disease spreads to the big exporters like Germany this could lead to big problems [in Europe].”

Germany’s government said at the end of last year it was also stepping up measures to prevent further cases of African swine fever. 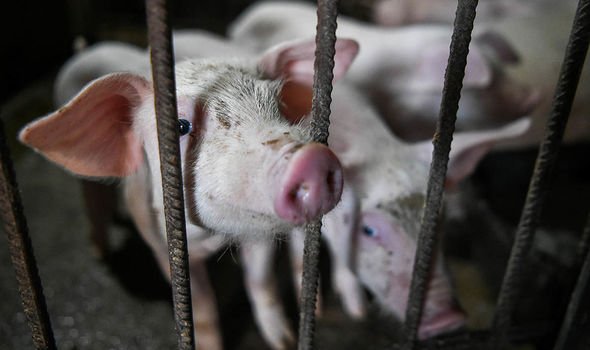 The Polish farm ministry to the OIE were discovered between December 4 and December 23 in neighbouring villages in the states of Lubuskie and Wielkopolskie.

These areas are 75 to 100km from the German border.

A report posted on the World Organisation for Animal Health (OIE) website also showed that the disease had now been found in a village less than 30km from Germany.

This has sparked fears the deadly virus is spreading near one of the European Union’s biggest pork exporters. 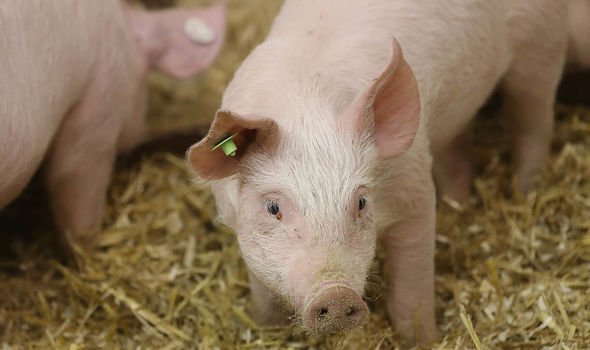 There are said to be concerns in Germany that its exports of pork to China and other Asian countries could be in danger.

This is due to import bans regularly being imposed on pig meat from regions where African swine fever has been discovered.

A series of 90 cm high fences similar to those used to close farm fields were built by the state of Brandenburg in December to stop the disease spreading. 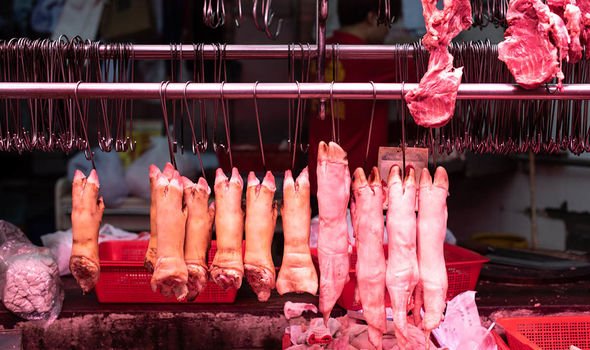 The state of Saxony said it is this week building a 4.5km electrified fence along a high risk sector close to the border with Poland.