German Chancellor Angela Merkel and French President Emmanuel Macron stormed out of the European Union summit last night after becoming fed up with the Brussels statemate. The tension boiled over last night as Dutch Prime Minister Mark Rutte told the BBC that Mr Macron and Ms Merkel both walked out of a meeting with him “in a grumpy break-out”. This morning, the two major European leaders have warned that they are willing to walk away again from the summit of EU leaders as they arrived on the third day of talks.

The 27 EU countries are still deeply split on the terms of a €750bn (£682bn) pandemic recovery fund and the long-term EU budget.

The bloc’s overall economy is estimated to shrink by at least 8.3 percent this year, according to the latest economic forecasts.

BBC Europe Correspondent Gavin Lee said: “The frugal four have become the frugal five: Austria, Sweden, Denmark, the Netherlands, and now Finland too. It is about the money given out as grants rather than loans.

“Dutch leader Mark Rutte is refusing to budge an inch on this. They want to see a smaller amount given in grants.” 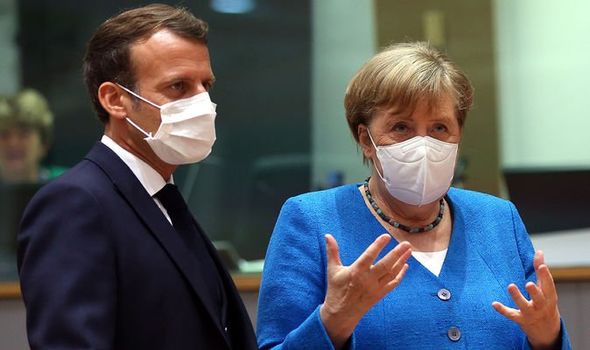 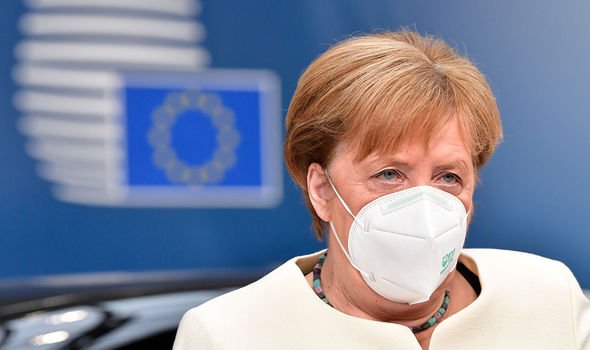 He continued: “The Frugals want something more like 300 or 400 billion euros, instead of 500 billion. But, the Italians and Spanish don’t want to see the pot reduced.

“Last night, Rutte told us that Emmanuel Macron and Angela Merkel walked out in a grumpy break-out because they were tired. They said they understood everyone’s position but they want to go home.

“The EU are trying to work out the recovery fund but they are also working out the long-term budget on the other hand, with one trillion euros at play.

“They all have to pay a bit extra into the coffers because the UK has left. So that is taking time too.” 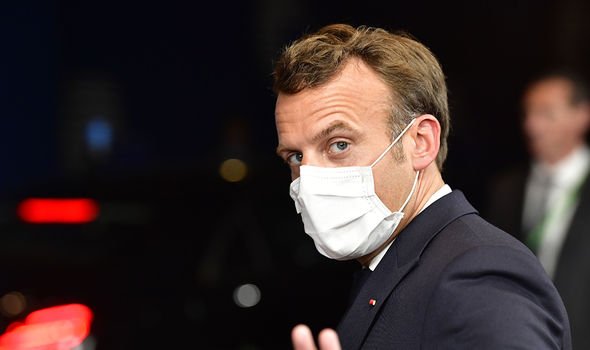 Lee said that Angela Merkel could decide to push for another emergency summit next week or the weekend after if the deadlock persists.

France’s President and the German chancellor have today both indicated their patience was waning despite the need to respond to the economic recession.

Arriving at the summit on Sunday, Mr Macron told reporters: “I believe it is still possible. But these compromises, and I say it very clearly, will not be done at the expense of European ambition.” 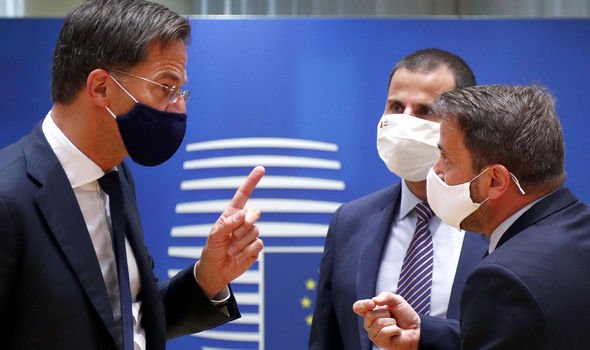 Ms Merkel said: “At this point, we’ve properly worked through various issues including the size of the fund, how it is managed and also issues regarding the rule of law. I still can’t tell if there will be a solution.

“There’s lots of goodwill, but there are also many positions. That’s why I will be among those pushing for an agreement, but it is also possible that there will be no result today.”

The Italian prime minister, Giuseppe Conte, echoed this with his claim that the Dutch were trying to rewrite the EU’s rules.