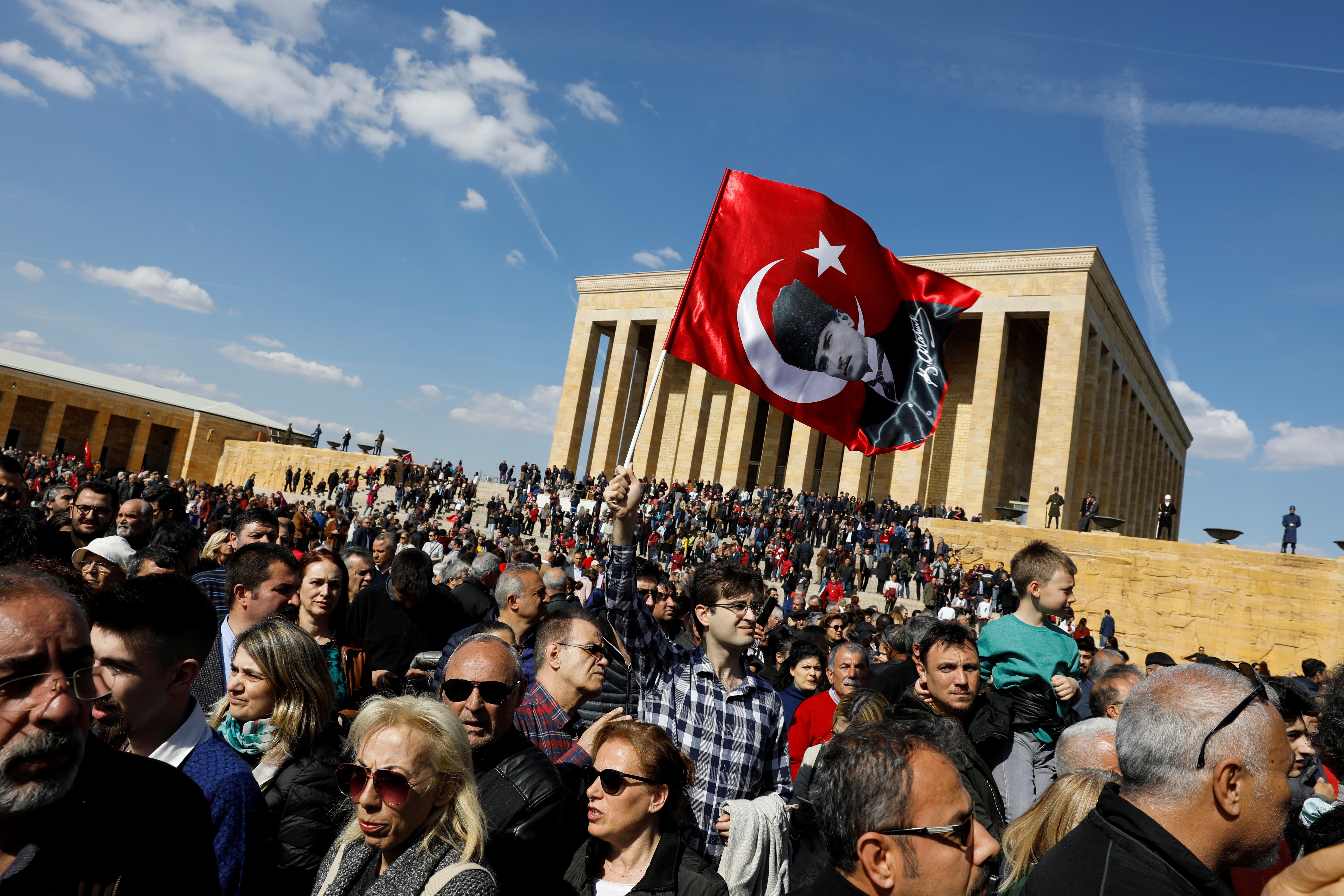 The AK Party is on track to lose control of Turkey’s two biggest cities, its commercial hub of Istanbul and the capital Ankara, in a surprise election setback that may complicate Erdogan’s plans to combat recession.

In Istanbul, the mayoral candidate of the main opposition Republican People’s Party (CHP), Ekrem Imamoglu, and his AKP rival, ex-prime minister Binali Yildirim, both said on Monday Imamoglu was around 25,000 votes ahead. Istanbul has an estimated total population of 15 million.

The AKP had previously said it would use its right to object to the results where there were voting irregularities, and the party’s Istanbul head said on Tuesday that objections had been submitted by the 3 p.m. (1200 GMT) deadline for appeals.

“As of 15:00 today, we have submitted all our appeals to the district electoral councils,” Bayram Senocak told reporters in Istanbul, as he waved ballot records in which he said the vote count irregularities could be seen.

“Whichever officials did this and for whatever reason, we will closely follow the necessary legal steps…,” he said.

The CHP’s Imamoglu said on Tuesday he was saddened by the AKP failure to congratulate him after the election board count put him ahead.

“I’m watching Mr Binali Yildirim with regret. You were a minister of this nation, the parliament speaker and a prime minister,” Imamoglu said at Istanbul’s Ataturk Airport before travelling to Ankara. “What could be more noble than congratulating?”

“The world is watching us with shame right now. We are ready to manage the big city of Istanbul. Let go and congratulate us with honour, so we can do our job,” he said.

Imamoglu later laid a wreath at the mausoleum of modern Turkey’s founder, Mustafa Kemal Ataturk, in Ankara. He was due to meet Mansur Yavas, the CHP’s newly elected mayor in the capital, at 1430 GMT.

Yavas received 50.9 percent of votes in Ankara, defeating his AKP rival and former minister Mehmet Ozhaseki in Sunday’s local elections by nearly 4 percentage points. The AKP said it had also submitted objections to results across Ankara.

Defeats in Ankara and Istanbul would be a significant setback for Erdogan, who has dominated Turkish politics for more than 16 years. He had campaigned relentlessly ahead of the vote, describing it as a “matter of survival” for the country.

Erdogan’s political success has rested on years of stellar economic growth in Turkey, but an economic recession that has brought surging inflation and unemployment and a plunging lira currency have taken their toll on his popularity.

Uncertainty generated by the local elections has added to pressure on the lira, which weakened sharply last week as a lack of confidence in the currency among Turks led them to snap up record holdings of dollars and gold.

On Tuesday the lira weakened as much as 2 percent against the dollar on concerns about renewed tensions with the United States after it halted delivery to Turkey of equipment related to the F-35 fighter aircraft.