Prior to the Queen’s arrival at Balmoral a large removal van delivered some comforts including an electric buggy from Windsor and a special orthopaedic bed to aid HM’s sleep.

It’s thought to be the first time she has taken her bed with her, something son Charles famously utilises when staying with friends.

If Camilla insisted on a bespoke waterbed, might she and the heir drift apart? 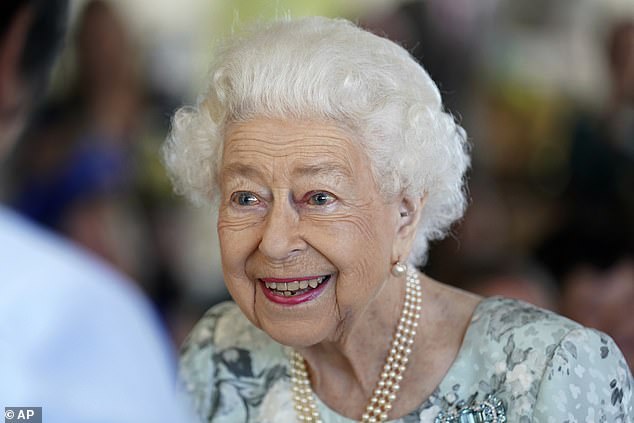 Following Nick Robinson’s failure to grill Liz Truss, who will get the first substantial TV interview with the next PM? New BBC Sunday Morning star Laura Kuenssberg, pictured, with her praise for the incoming premier as a ‘great survivor’, must be the bookies’ favourite. But Laura’s first opportunity is her second show on September 11 – seven days after Liz’s expected triumph. BBC political editor Chris Mason could be a better bet doorstepping Liz on her first day in No 10. Does Laura hope Liz is off her oats on Monday and will remain tight-lipped for a week to give her an inaugural scoop?

Supporting former cabinet minister Rory Stewart’s claim Boris is ‘hoping to do a Berlusconi’ and eventually return to Downing Street, superannuated paramour Petronella Wyatt remarks: ‘Knowing Boris as I do, there is no doubt he is planning a political comeback. If he wasn’t, he would disassociate himself from the members’ petition asking for a vote on his resignation.’ No comeback for former mistresses, Petsy?

Responding to news Jacob Rees-Mogg is planning to sell off £1.5billion worth of government offices in London – while repeatedly urging civil servants to stop working from home – Lord Sugar rages: ‘Lazy gits watching golf and tennis at home while they [are] supposed to be working. We the taxpayer are paying… get them back to the office or fire them.’ Isn’t Sugar a great loss to the diplomatic corp?

Warbler PJ Proby claims that Tom Jones was catapulted to super stardom after stealing his act. That’s not how Tom remembers it. ‘I was on tour with Cilla Black and It’s Not Unusual had just been released,’ remembers The Voice star. ‘The guy who co-headlined, PJ Proby, had been kicked off because he bust his pants open and it annoyed them. So I took his place.’