The North Atlantic Treaty Organization – NATO – is meeting in London this year on its 70th anniversary. Taking place over two days, leaders of 29 member states will discuss the future of NATO amid the anniversary celebrations.

Where is Emmanuel Macron? Has he gone to NATO Summit?

Leaders of all 29 NATO member states are in attendance at the summit at the Grove Hotel in Watford, including French President Emmanuel Macron.

Mr Macron has been facing questions on France’s relationship with the United States after President Donald Trump threatened to impose duties of up to 100 percent on imports of champagne, handbags and other French products.

Read More: How Corbyn hit out at EU and NATO for being ‘tools of US policy’ 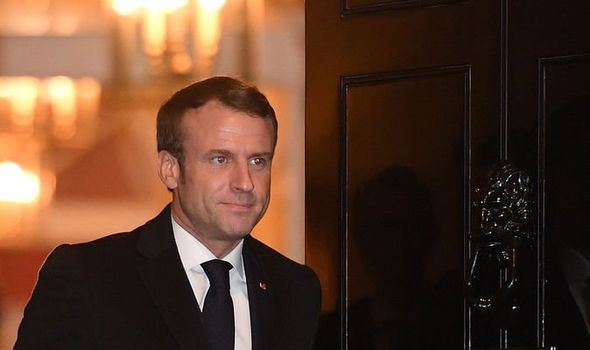 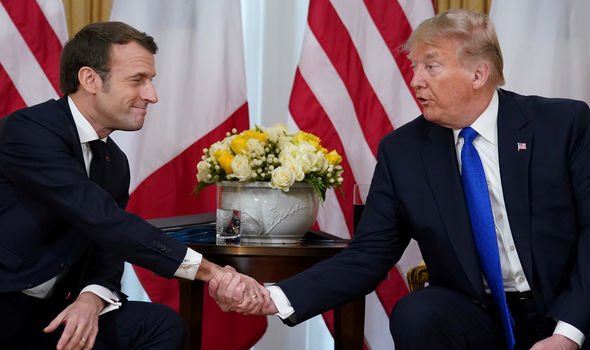 However, both sides have said they hope to “work it out”, with Mr Trump calling it a “minor dispute”.

Mr Trump was sat alongside Mr Macron as he said at the summit earlier on Tuesday: “We’ll be talking about a lot of things including NATO and including trade. We have had a minor dispute but I think we will probably be able to work it out.”

He added: ”I am sure within a short period of time things will be looking very rosy, we hope.

“That’s usually the case between the two of us – we get it worked out.” 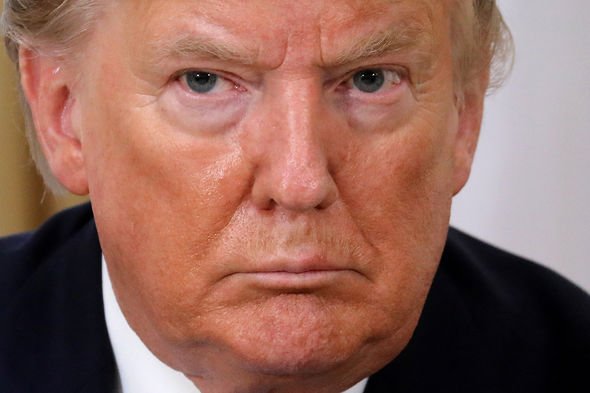 Mr Macron echoed this sentiment saying: “I think we can settle this situation with President Trump.

“I am rather confident we can have a discussion together about it.”

However, Mr Macron stressed he was “determined to defend the interests of our country and of Europe”.

The US threat to impose duties of up to 100 percent on imports of champagne, handbags and other French products worth $2.4 billion came following a US government investigation.

Other subjects of discussion at the summit revolve around Mr Macron’s comments that NATO appears to be suffering a “brain death”.

The French president said on Tuesday he stands by these comments, despite them earlier being condemned by Mr Trump as “very insulting” to other NATO leaders.

Mr Macron said there was a need within the alliance for a “strategic clarification” on how to deliver long-term peace in Europe. 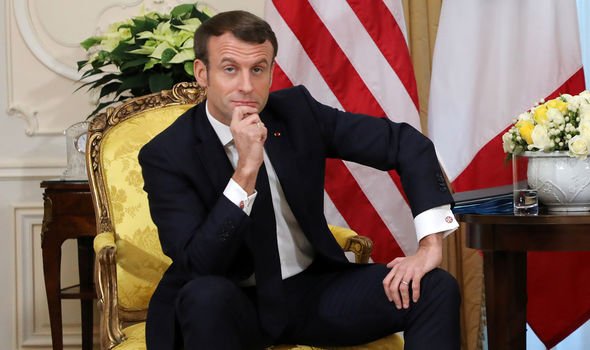 Mr Trump acknowledged NATO should look beyond the threat from Russia, and into other issues such as Islamic Terrorism.

The US president said of himself and Mr Macron: “The president and I feel that we need more flexibility so we can use it for other things, not just one specific country.

“A lot of people say it was originally meant to look at the Soviet Union, now Russia, but we also have other things to look at, whether it is radical Islamic terrorism, whether it is the tremendous growth of China.”

On Tuesday evening the Queen will host all 29 NATO leaders and their partners at a reception at Buckingham Palace.

The Queen, Prince Charles and Camilla, Duchess of Cornwall will greet the organisation’s leaders, before hosting a banquet which marks 70 years of the alliance.

Also in attendance will be the Duchess of Cambridge, the Earl of Wessex, the Princess Royal, the Duke and Duchess of Gloucester and Princess Alexandra.

Prince William will not be there as he is away in the Middle East, and Prince Harry and Meghan, Duchess of Sussex are on a six-week break from royal duties.

Prince Andrew will also not be in attendance as he has taken a step back from royal duties for the foreseeable future.