The Yellow Vests are a populist, grassroots movement calling for economic justice and began in France back in 2018. And now they are planning a huge protest in Paris on September 12.

Leader of the movement Jérôme Rodrigues called for “civil disobedience” during a video on YouTube.

He said: “The ‘yellow vests’ have been constantly present in recent months, the fight continues.

“We are returning to the values of November 17, 2018 and appealing to angry citizens.”

Mr Rodrigues hinted he will be presented on the avenue des Champs-Élysées in Paris on Saturday, September 12. 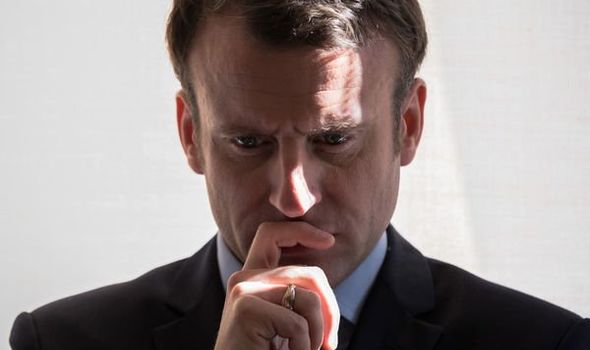 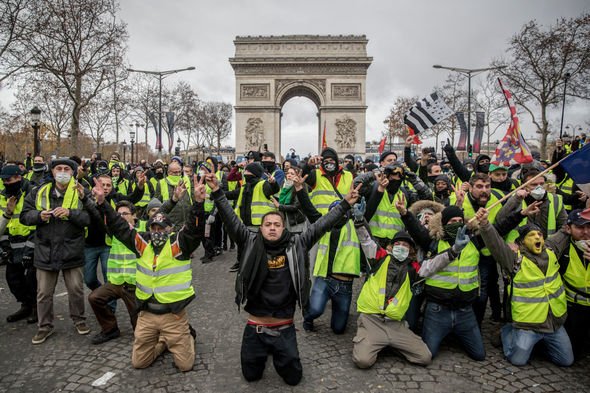 He urged protestors to not shore their identity cards in case of police controls.

On Facebook, the protest group wrote: “Our demands have not changed: access to better living, more direct and participatory democracy, more social and fiscal justice.

“And above all, respect and recognition for each citizen.” 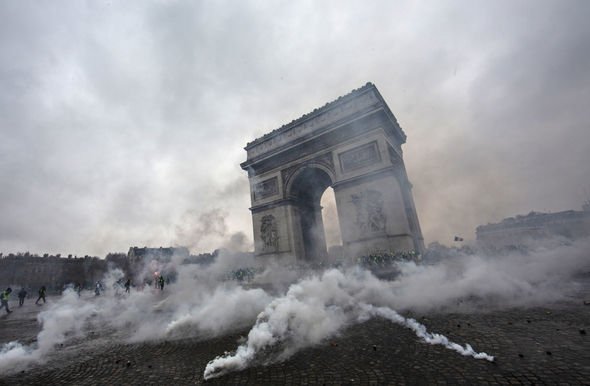 At the end of August, the poll found four in 10 (41 percent) respondents said they disapproved or strongly disapproved of the way the public health crisis was handled.

Only 31 percent supported his course of action to suppress the pandemic.

Back in July, the French President Emmanuel Macron and his wife Brigitte were surrounded in public by Yellow Vest protestors.

The protestors demanded Mr Macron resign as President and confronted him on issues such as police brutality and economic inequality. 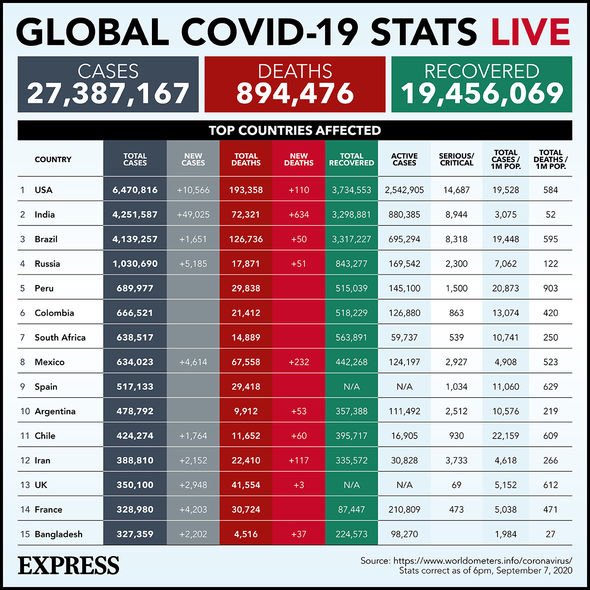 According to an official count, around 2,500 demonstrators and 1,800 law enforcement agents have been injured in weekly protests.

Mr Castex said negotiations between the French government and unions over a controversial pension reform will be postponed until 2021 to focus on economic recovery in the wake of the COVID-19 crisis.

The reform, pushed by President Emmanuel Macron and the single greatest revamp of the pension system since World War 2, was halted in its tracks in February by the pandemic. 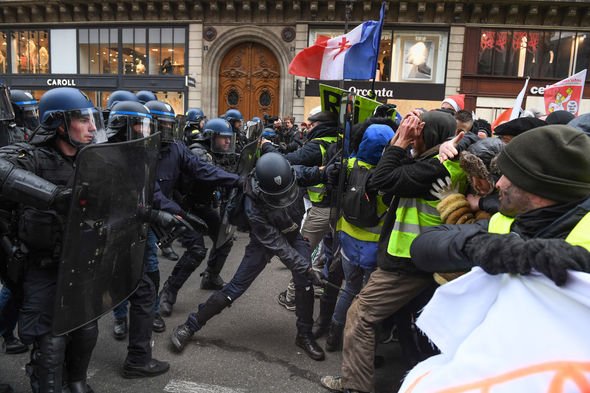 The decision to push back was a clear indication of the French Government’s keenness to ease tension as France grapples with the economic fallout from the coronavirus.

Mr Castex said at the time: “The priority now is the battle against the crisis, for employment and to tackle unemployment.”

He insisted the reform, which includes raising the retirement age by two years to 64, would not be scrapped.

A deferment until after the 2022 presidential elections could defuse union and voter concerns.

However, it would also undermine Macron’s already-weakened credibility as a reformer.

The reform is central to Macron’s ambition of creating a more flexible and competitive labour force.