‘Someone was gonna get f*****’: Editors frontman’s frustration as BST Hyde Park organisers STILL refuse to show England game despite fan pleas because of clash with band’s set

One of the biggest bands at British Summer Time Festival in London this weekend fear they will be playing to an empty field due to a clash with England’s World Cup quarter final.

England play Sweden at 3pm tomorrow and Editors take to the stage at Hyde Park an hour later, just as the second half begins.

Frontman Tom Smith said the situation was unavoidable and that one of the performers ‘was going to get f*****’.

It comes after the festival’s organisers confirmed they would not be showing the game because it would be ‘unfair’ on the performers, although other festivals and outdoor events including Wireless have made provisions to have both music and football.

And fans have pleaded with the organisers to change their mind on Facebook, while others suggested they would not turn up til 6pm so as not to miss the game. 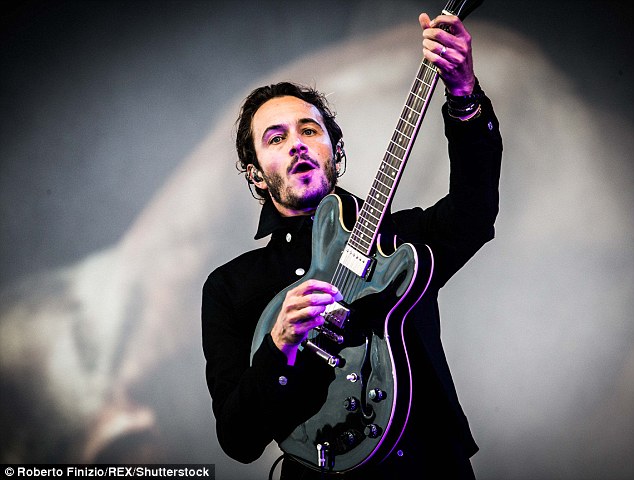 Editors frontman Tom Smith, pictured, said he fears fans will stay away from their gig at British Summer Time tomorrow because of a clash with the England-Sweden World Cup quarter final 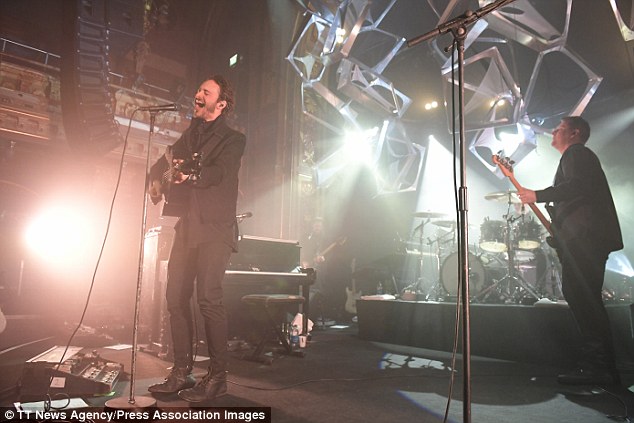 The band, pictured, are on at 4pm, when the second half will begin, and Smith said ‘someone was gonna get f***** and that someone is us’ 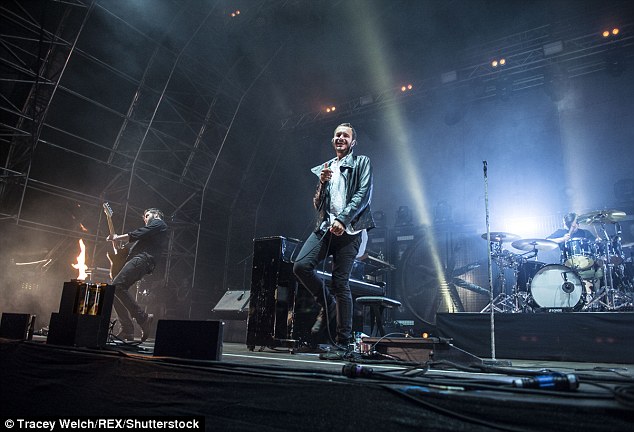 But Smith, centre, joked the band were happy to provide a soundtrack for the fans watching the games on their phones at the festival

Fans have pleaded with the festival organisers over Facebook to show the match, pictured

Some ticket holders are claiming people will ‘turn up at 6pm’ otherwise, pictured

‘I’m sure many won’t come to the gig until the game finishes… but many will, plus I’m sure loads will have it on on their phones whilst we play and I for one can’t wait to soundtrack Spurs’ dire attempts to score a goal in open play for those World Cup crazy technologically savvy sunburnt goths stood in Hyde Park this Saturday afternoon.’

Speaking on Thursday, festival director Jim King, said it would be wrong to halt BST performances to show the football.

He added: ‘It is an all-music schedule on Saturday, people paid a lot of money to come and see all of those bands and we need to remember that and not lose sight of the fact that people are coming to see all of those artists throughout the day.’

But the Hard Rock Cafe in Mayfair, located across the road from Hyde Park, said fans can watch the match – with all BST ticket holders able to reserve an area.

The Barclaycard-sponsored event will play out over two weekends, starting this Friday July 6 and concluding on July 15.

The show will kick off with a performance from Pink Floyd co-founder Roger Waters, headlining on Friday. 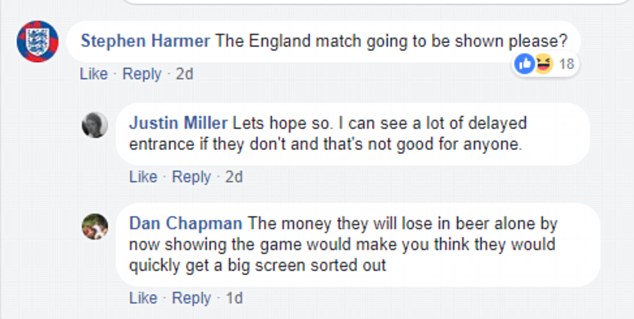 Others said the festival will lose out on cash by not showing the game, pictured

Band Slowdive, whose set begins shortly before the match, previously said they would be happy to perform with it on in the background 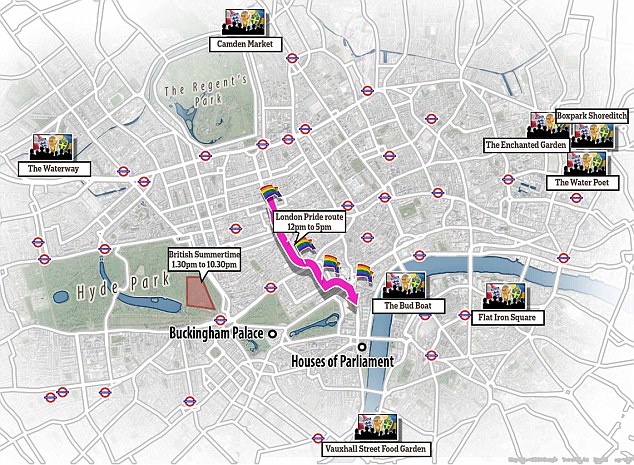 Here is where you can watch the England v Sweden match on Saturday at 3pm around London, although British Summer Time, highlighted in red, is currently not one of them

The Cure will take the lead on Saturday, with Interpol, Goldfrapp, Editors and Lisa Hannigan among the day’s acts.

Now in its sixth year, tickets for the festival’s first weekend have sold out.

Themed movie nights, Wimbledon screenings and street food will be on offer during the week.

MailOnline has contacted the organisers of British Summer Time for comment on whether the plans will change.

Where can I see England v Sweden on an outdoor screen in London?