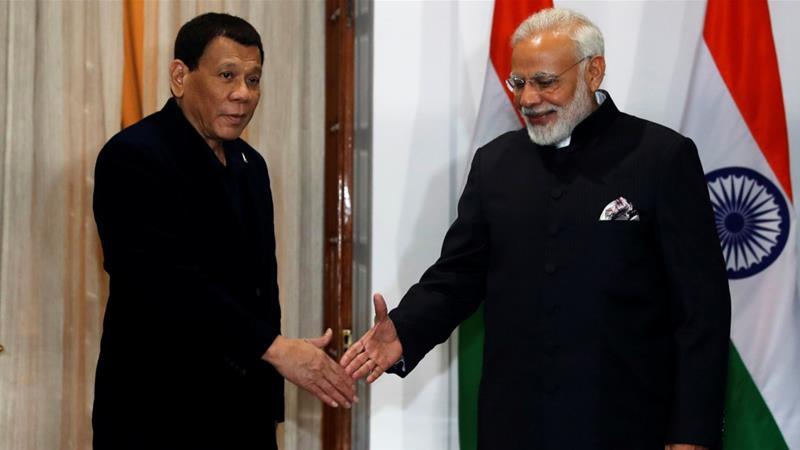 Philippine President Rodrigo Duterte told a group of Indian and Filipino business leaders in New Delhi that he would like to attract visitors to his country by offering “42 virgins”.

In a speech on Friday aimed at luring investors to the Philippines, Duterte also said Indian businessmen should “avoid Mindanao” because “there’s still martial law there”, referring to the southern Philippine island, where armed Muslim rebels and fighters continue to battle government forces.

Duterte was on a three-day trip to the Indian capital to attend a regional summit between India and leaders of the Association of Southeast Asian Nations (ASEAN), and participate in the country’s Republic Day celebration.

In a statement on Saturday, a women’s activist group called Duterte an “international embarassment”, Rappler reported.

While talking about the armed conflict in Mindanao, Duterte criticised the “totally bankrupt” ideology of the armed Muslim fighters, who laid siege to the southern city of Marawi for five months in 2017, “for nothing”.

“The come-on is that if you die a martyr, you go to heaven with 42 virgins waiting for you,” Duterte said in a rambling speech.

“Well, if I could just make it a come-on also for those who’d like to go to my country,” he said to faint laughter from the audience.

Declaring that he is “half-Muslim”, he said armed Muslim fighters in Mindanao “do not have the monopoly of discourse in this field”.

“And I said, one of the most is promising virgins when you go to heaven. I’d like to have the virgins here, not in heaven. God may not allow it,” he said.

In his speech, Duterte also assured investors that he is fighting corruption and drug abuse in the country.

The comments do not mark the first time Duterte has made off-colour remarks deemed offensive to women.

In July 2017, Duterte said he would congratulate someone who raped an international pageant winner.

“What I don’t like are kids (being raped.) You can mess with, maybe Miss Universe. Maybe I will even congratulate you for having the balls to rape somebody when you know you are going to die,” he said, referring to the death penalty.

In May 2017, Duterte told soldiers fighting in Mindanao that they could rape up to three women without getting punished.

“I’ll imprison you myself,” he said, referring to soldiers who commit violations. Then he said: “If you had raped three, I will admit it, that’s on me.”

In the lead-up to his presidential election win last year, critics were outraged when he recalled a 1989 prison riot in which an Australian missionary was killed, and inmates had lined up to rape her.

Duterte said the victim was “beautiful” and as mayor of Davao City, where the riot took place, he should have been first in line. He later apologised and said he did not intend to disrespect women or rape victims.

Duterte is known for his informal style and his speeches are often loaded with profanity, threats and jokes about taboo subjects, which offend some, but are taken lightly by many Filipinos. 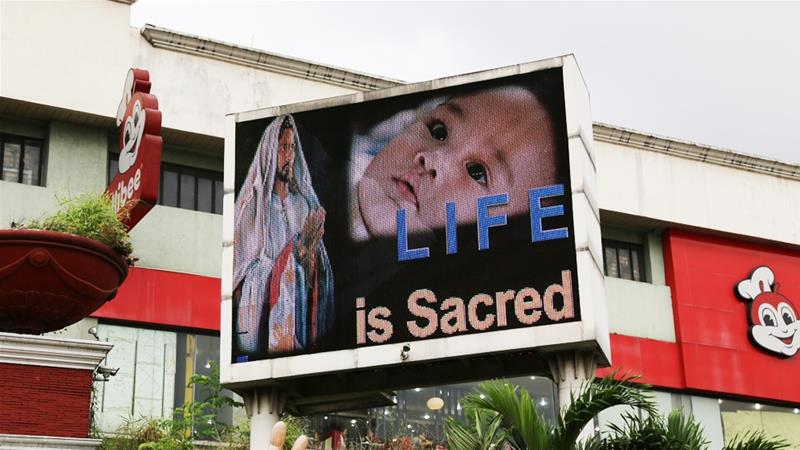