A driver was fined £130 after he pulled into a bus lane to let an ambulance drive pass, causing a furious backlash from angry Brits.

James Sheridan-Vigor was handed the fine after he pulled into the bus lane in Walthamstow, east London, briefly.

He went on to appeal the penalty, but initially Waltham Forest Council rejected it.

Mr Sheridan-Vigor said: ‘Even after I appealed, they said they issued it correctly and that emergency vehicles have the right to use the bus lane so myself (and two other cars) ‘would be more likely to obstruct their path than assist them’ – which I totally understand. 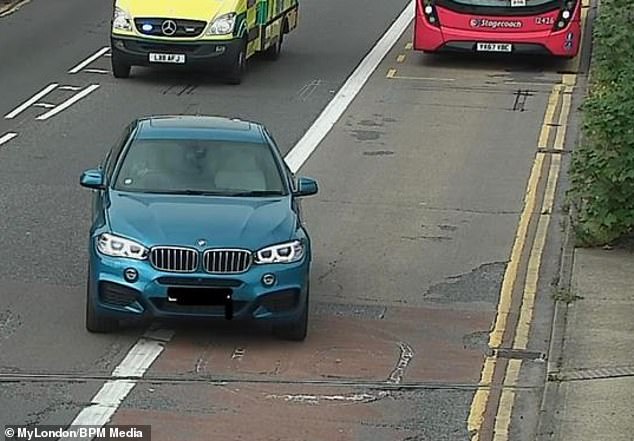 A driver was fined £130 for pulling into a bus lane in Walthamstow, east London, to let an ambulance driver pass

‘However, when a bus is sat at a stop and an ambulance can’t magically drive through a bus it has to overtake on the right.

‘So what I’m getting from this is they’ve either made a mistake looking at the evidence.

‘Or we’re not supposed to help out our emergency services and get out of their way.’

Following his appeal, the frustrated driver received a letter that read: ‘Under current legislation a vehicle must not drive, park or stop in a bus lane during its period of operation unless the signs indicate that a vehicle may do so. 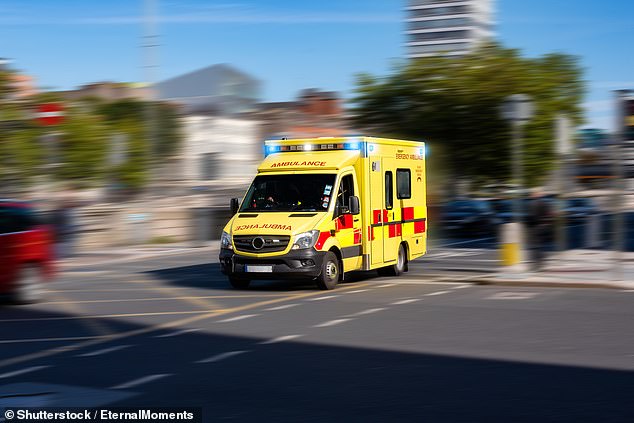 The council’s policy states that if an emergency vehicle is on call and showing flashing lights, a driver can pull into a bus lane and will not get fined

‘A motorist must not put themselves in contravention of the law when dealing with an emergency vehicle unless directed to by an on-duty police officer.’

But the council eventually crumbled under pressure and cancelled the fine after it told a reporter it had been a mistake.

Other Londoners slammed the fine as a ‘disgrace’, with many saying that motorists should be able to make way for emergency services in a hurry without fear of a fine.

Furious Brits have come out in defence of the driver, claiming no one should be fined for helping ‘paramedics save lives’.

One said: ‘Its absolute madness, an ambulance needs to get to an emergency call so pulling over for a minute to let them through is essential.

‘I hope these people that issue the fines don’t need an emergency ambulance for one of their loved ones. Could be a matter of life or death.’

The fine caused a backlash on social media, with furious Brits calling the penalty ‘absolute madness’

Another added: ‘Stupid laws we pull over cause we see an ambulance or police car now we are being prosecuted for the stupid rules.’

On the council’s website, its policy states that if an emergency vehicle is on a call, such as showing flashing lights and using its siren, and a driver pulls aside to make way, they will not get a ticket – even if it is in a bus lane.

But if the ambulance is not on call, then drivers can get a ticket if they pull into a bus lane to allow it to pass.

Another person said: ‘That’s a disgrace. The bus lane is there for traffic flow, not to make money from decent members of the public. It’s perfectly clear you’re not using it to overtake traffic.’

One added: ‘Afraid the law is that you are not allowed in bus lanes, stop in yellow box or cross red lights even for emergency vehicles – stupid law as you may have even help save someone’s life.’

A spokesperson for Waltham Forest Council said: ‘We have investigated this incident and this fine was issued in error. It has now been cancelled. We apologise for the mistake.’