DRINKERS have hit the town dressed as ghouls and vampires for Halloween as revellers party on the spookiest night of the year.

Thousands of party-goers headed out to pubs and clubs tonight in full fancy dress to mark the occasion. 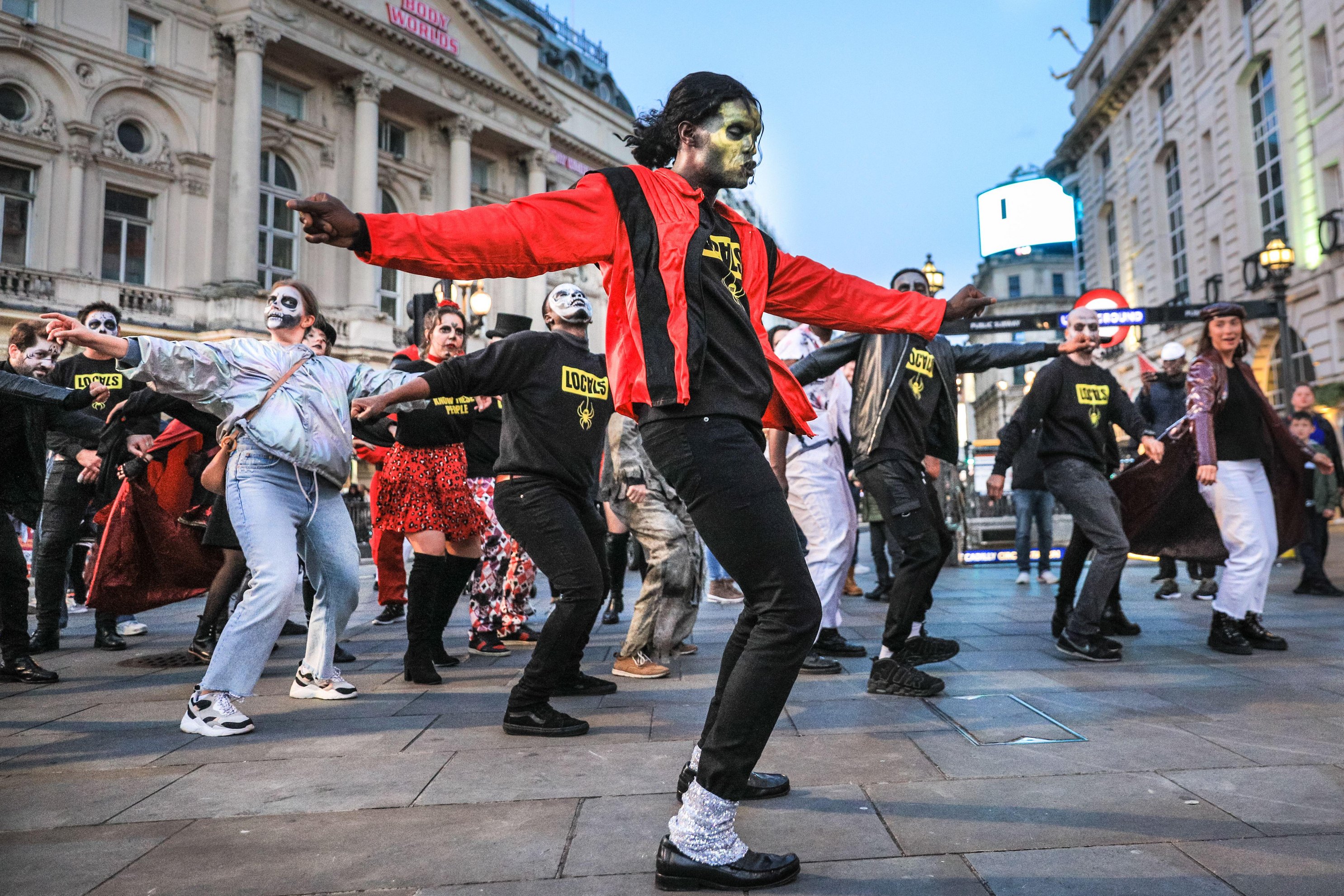 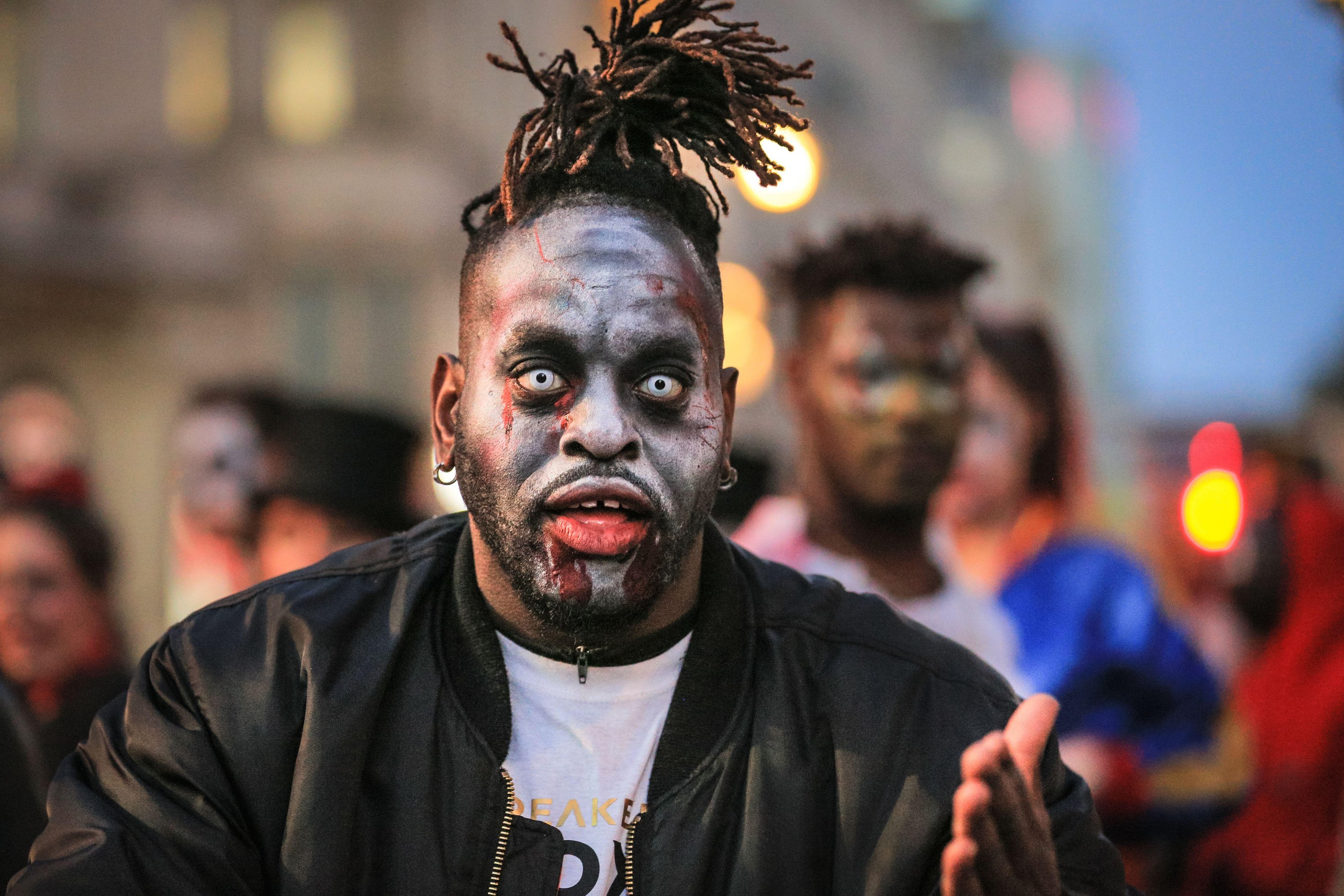 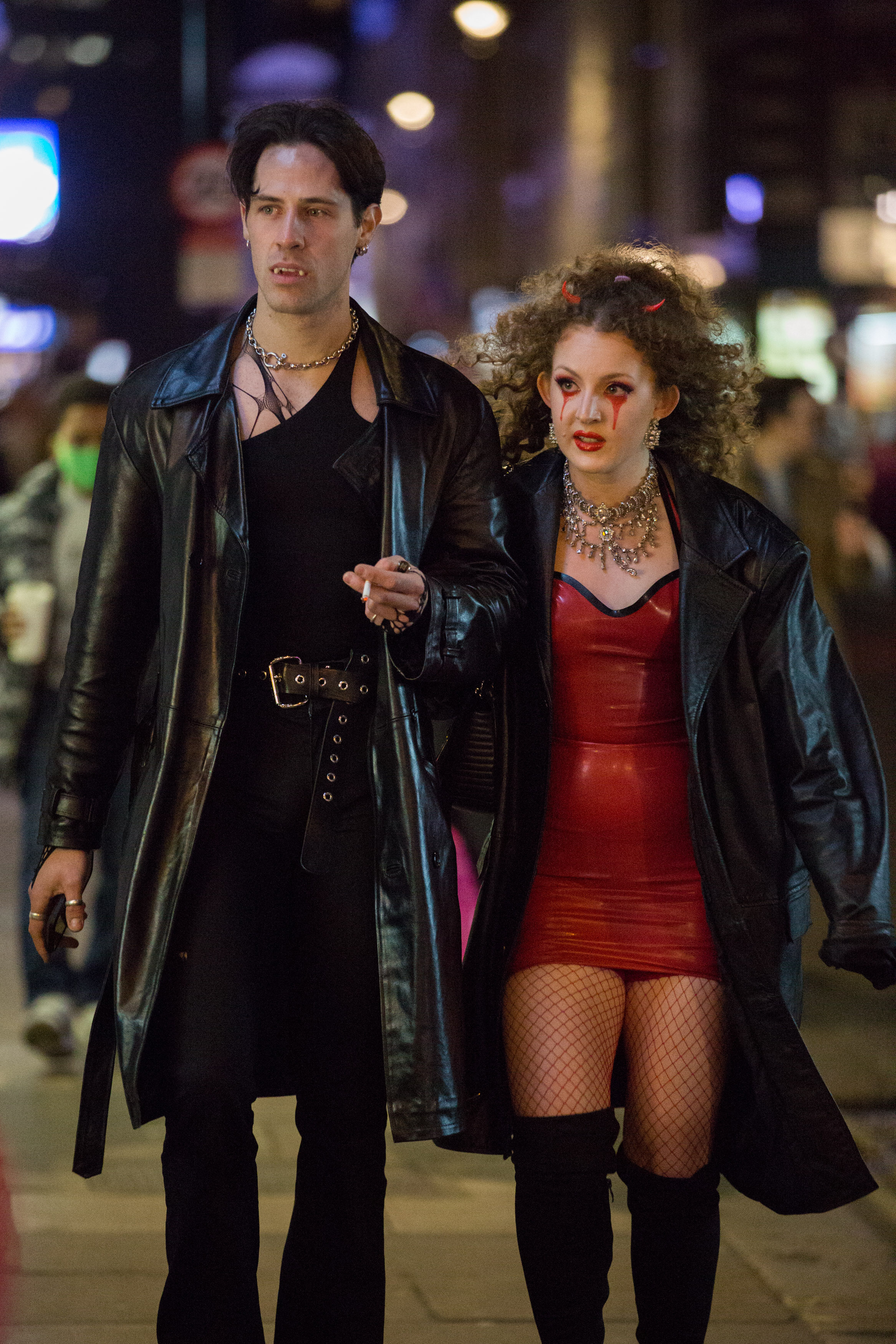 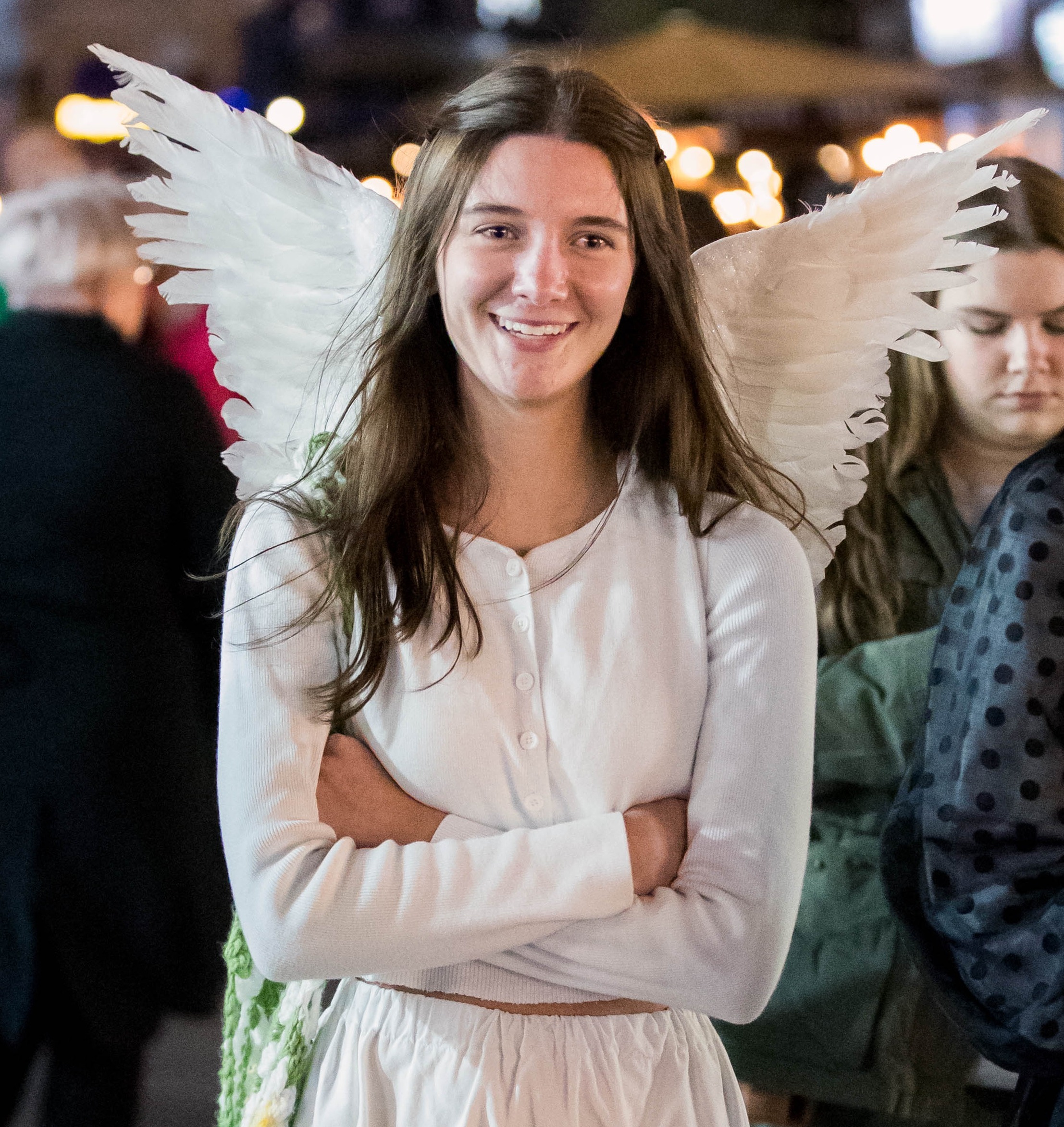 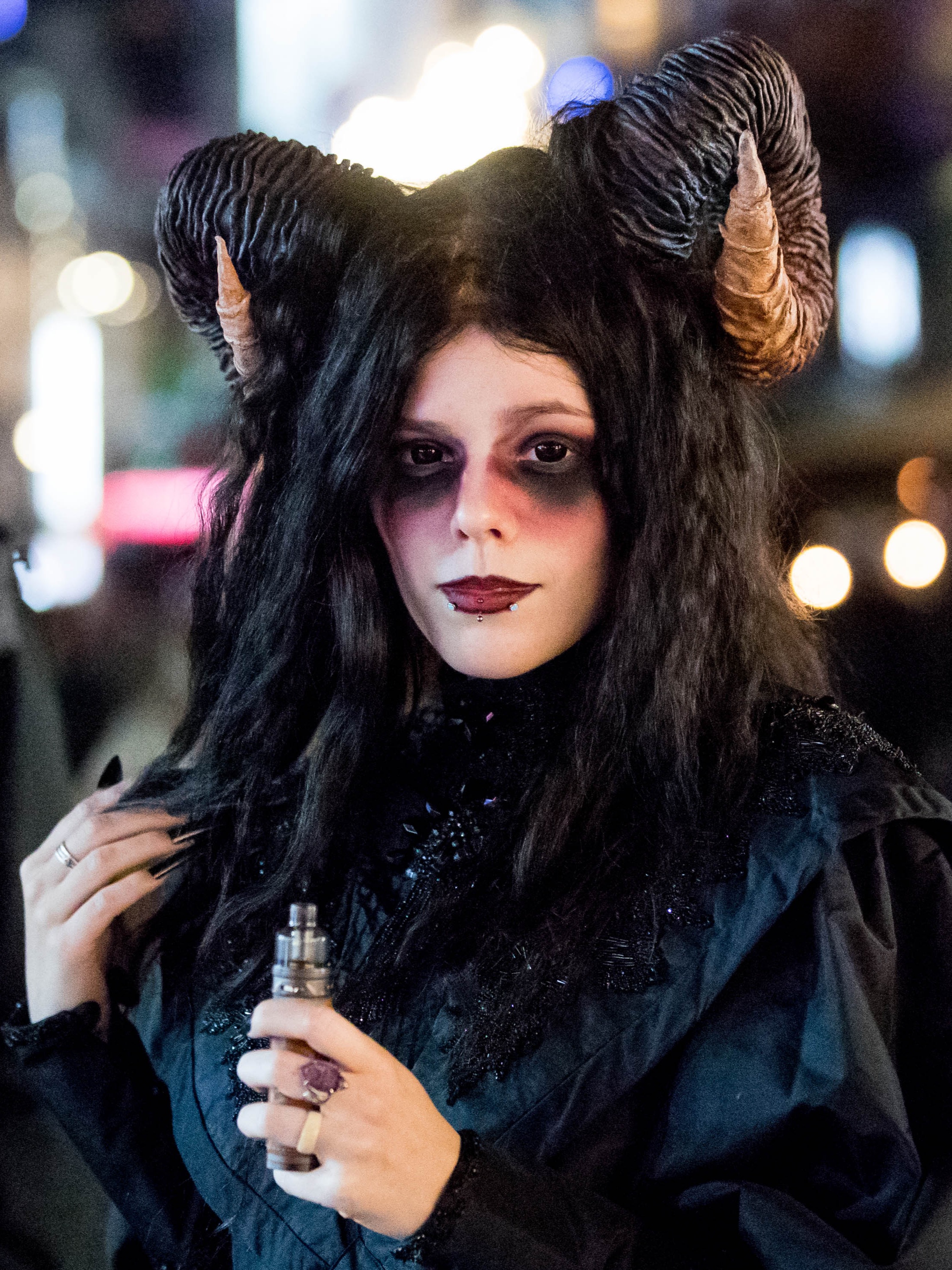 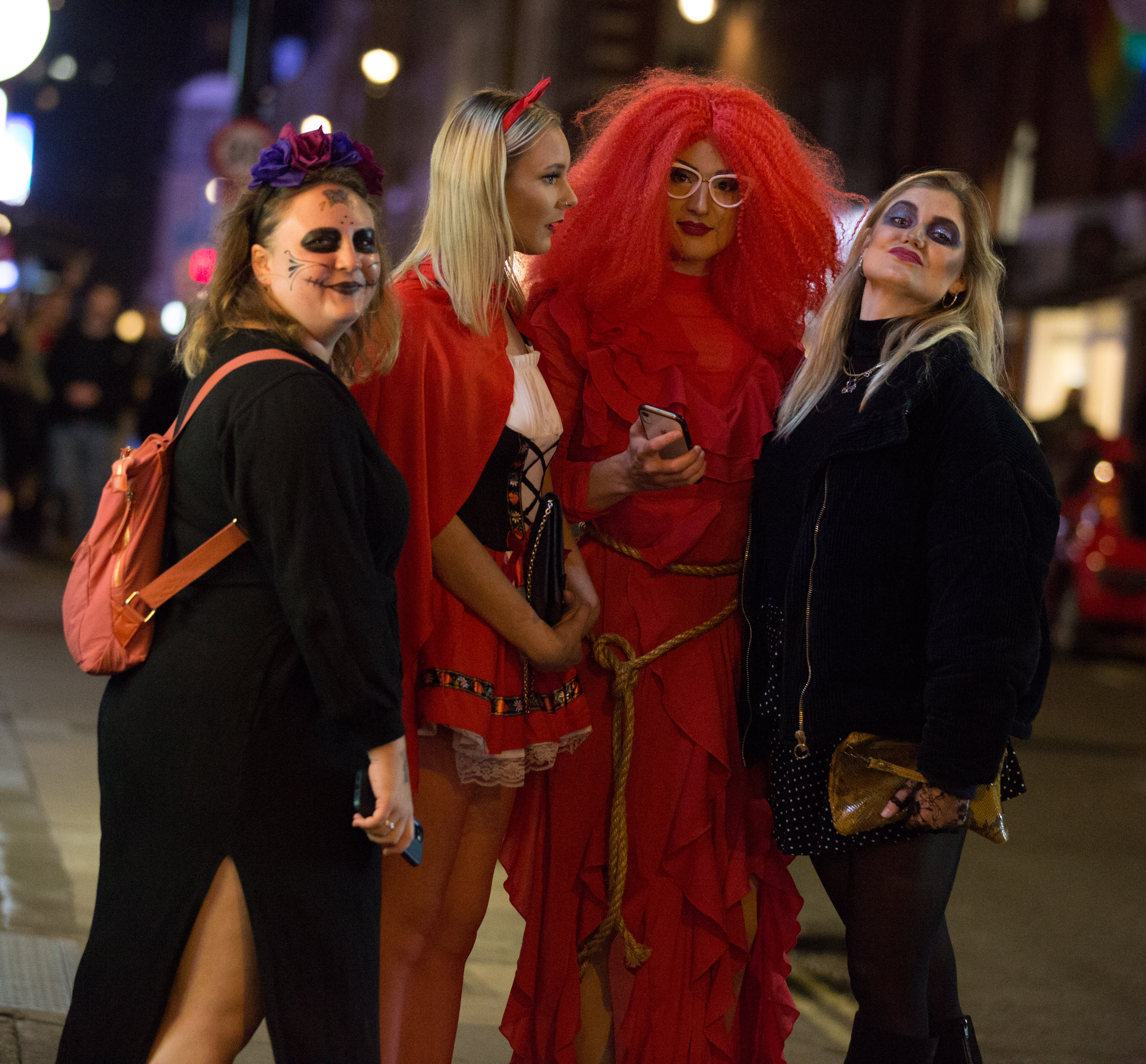 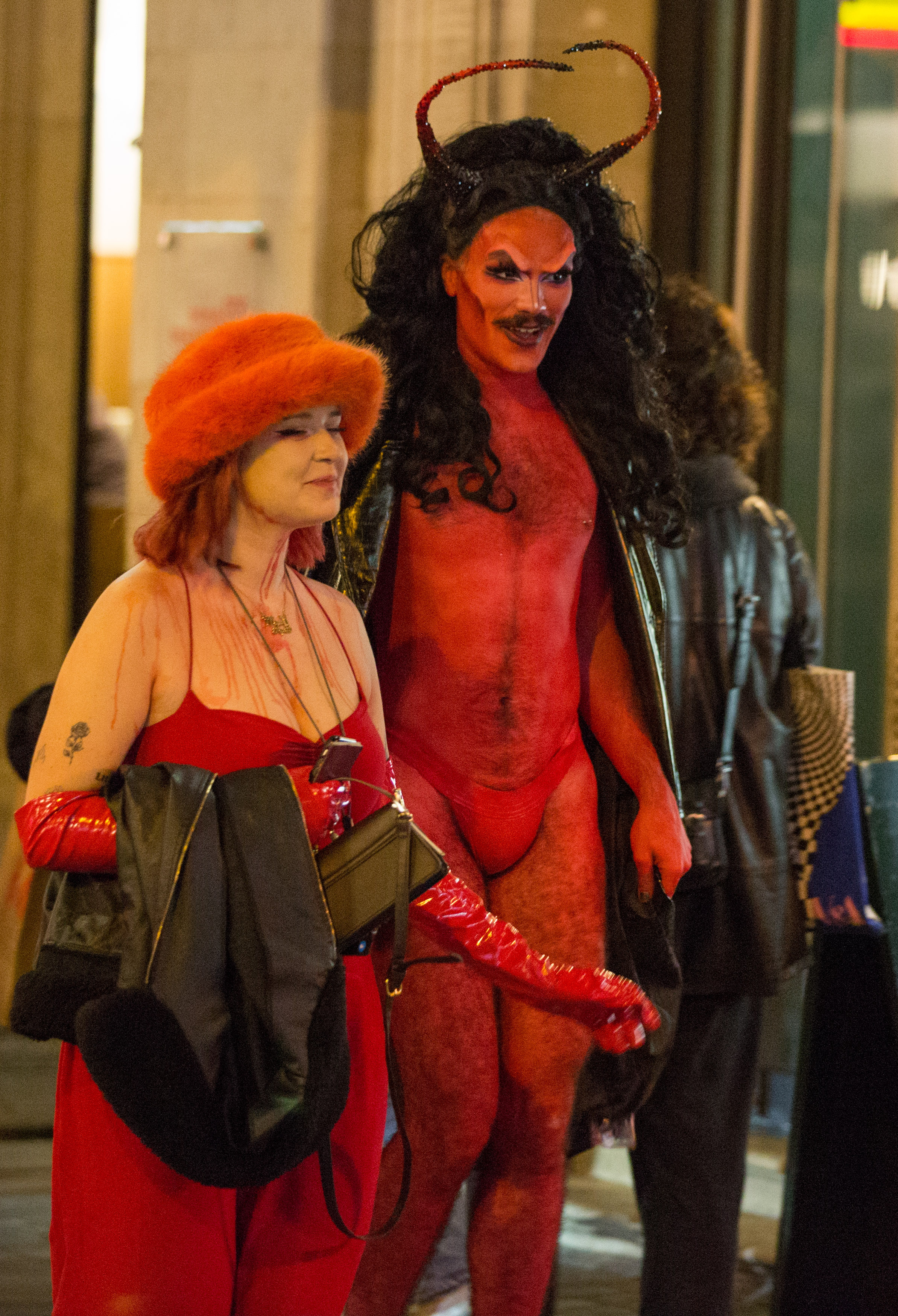 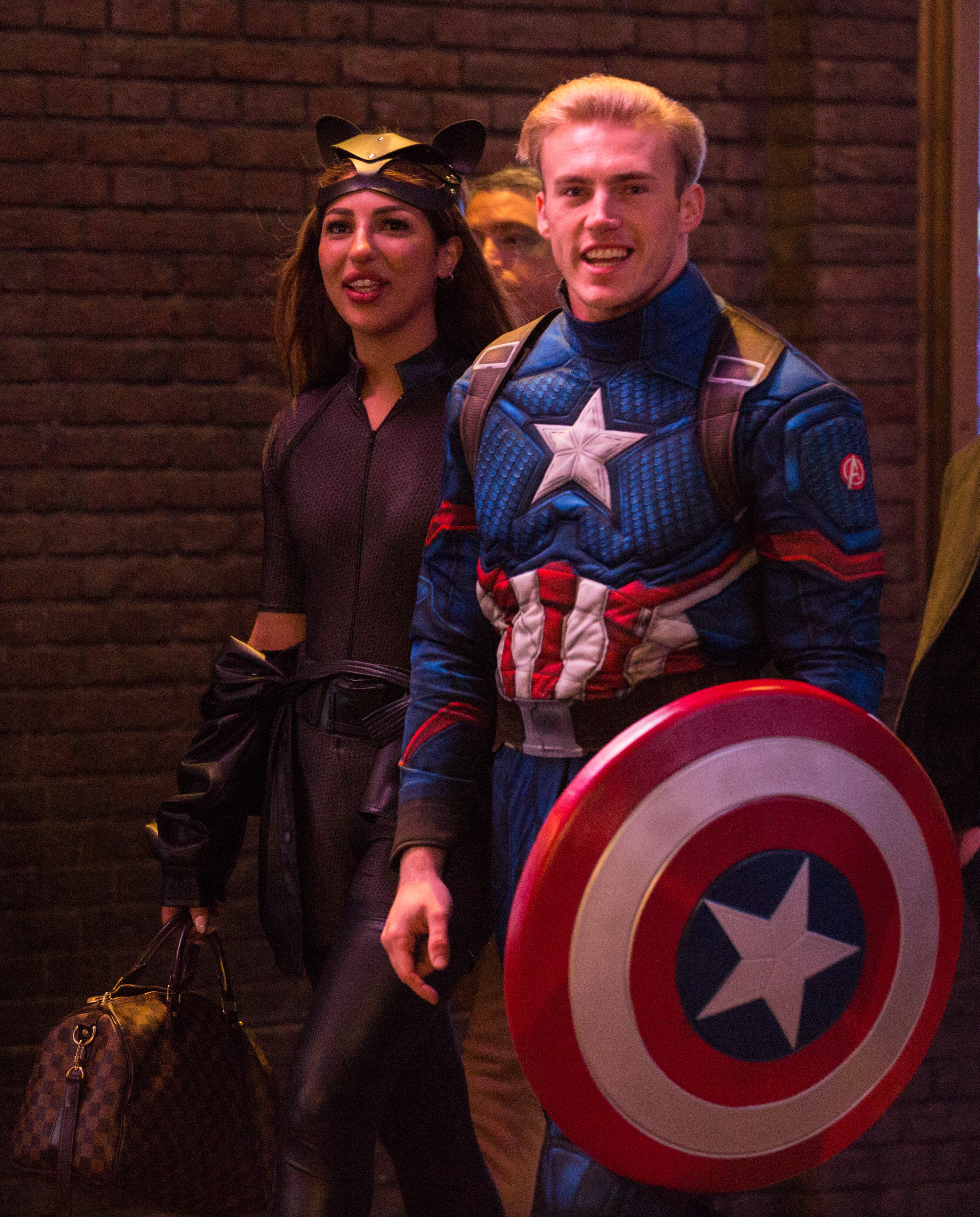 The streets of London were busy early with boozers dressed as devils, angels, superheroes, ghosts, and even a banana.

One daring reveller was even spotted wearing a massive pumpkin on his head.

And a troop of dancers hit Piccadilly Circus to recreate the famous zombie dance scenes from Michael Jackson's "Thriller" in a spectacular Halloween flashmob.

Temperatures are set to plunge to single digits in many areas tonight, although that hasn't stopped many from stripping down as they dress up.

One woman donned a tiny red latex dress, fishnets and horns as a costume, while others wore tiny dresses with leather gloves as they began a night of creepy fun.

Brave boozers have hit the town as heavy rain and wind blasts the country.

Yellow warnings for wind and rain are in place over large parts of Britain and and gusts of over 80mph have been recorded with reports of wind damage causing chaos on roads.

Meanwhile, cops are out in force as officers brace for a busy night.

In the capital, three raves have been shut down already this weekend.

Officers raided one party in Lambeth just before midnight on Friday after complaints about fireworks.

As they dispersed crowds, fights broke out – and fireworks were thrown towards officer's heads. One was injured.

In the early hours of Saturday morning, 150 people were found partying in a railway arch in Southwark. 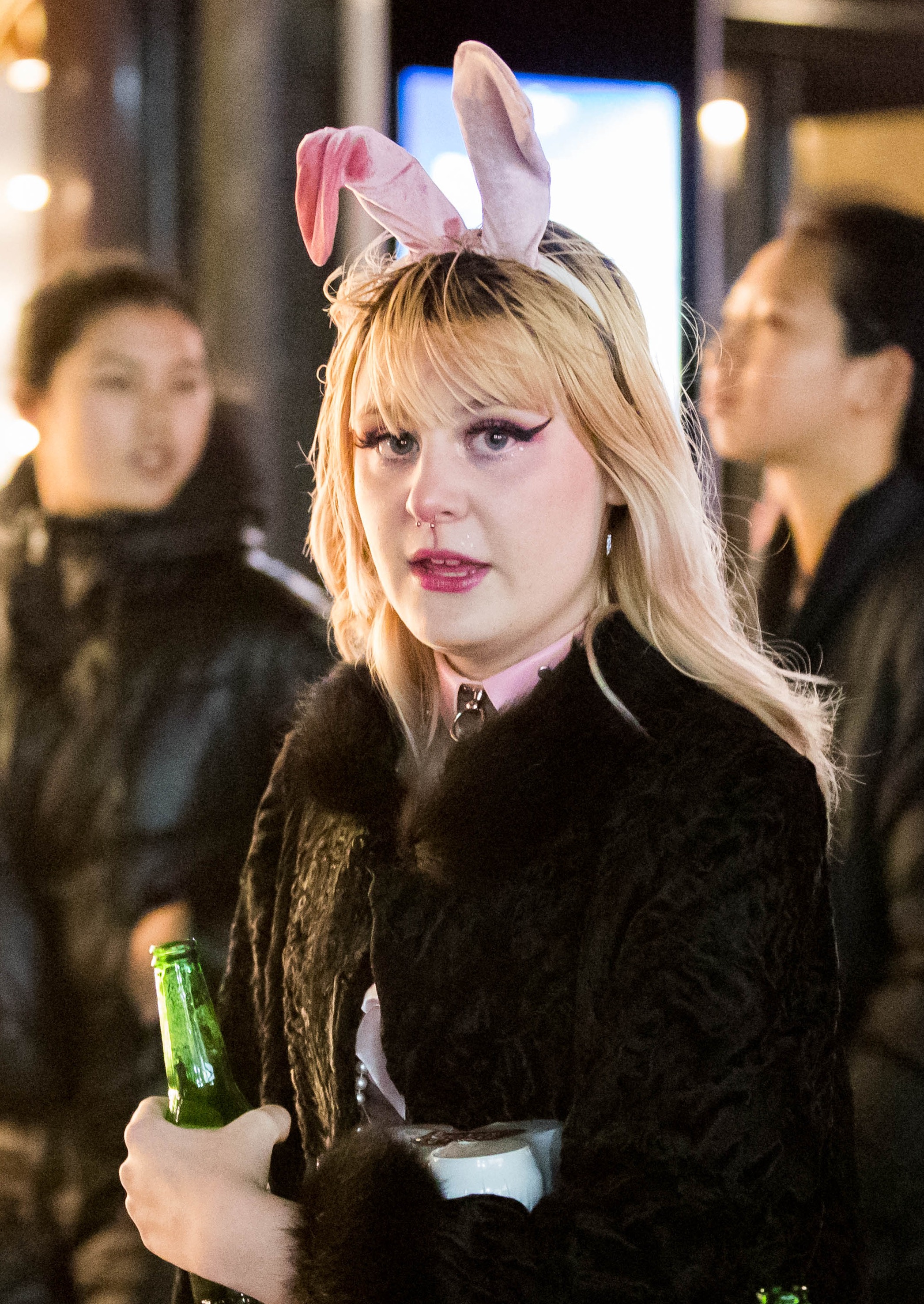 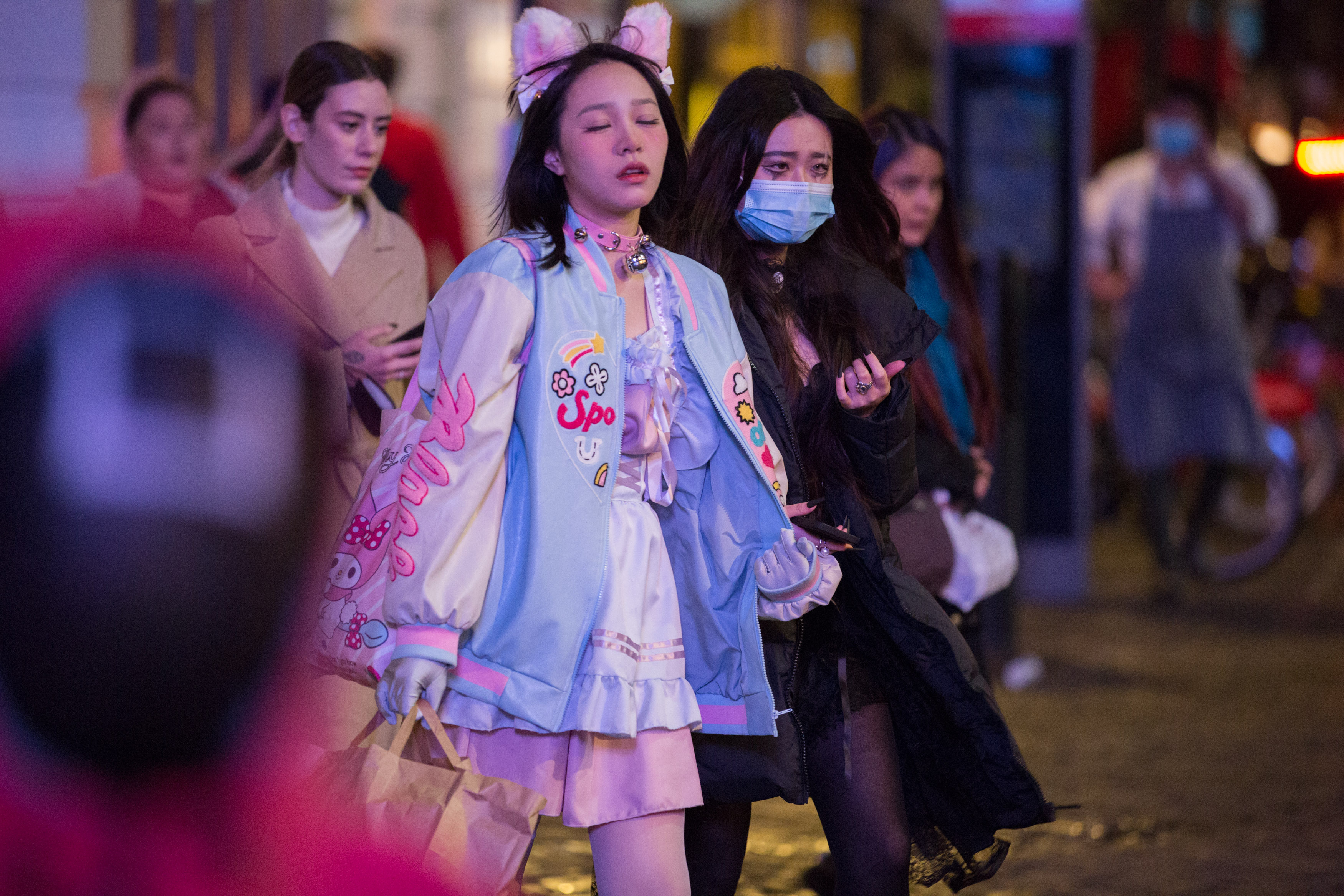 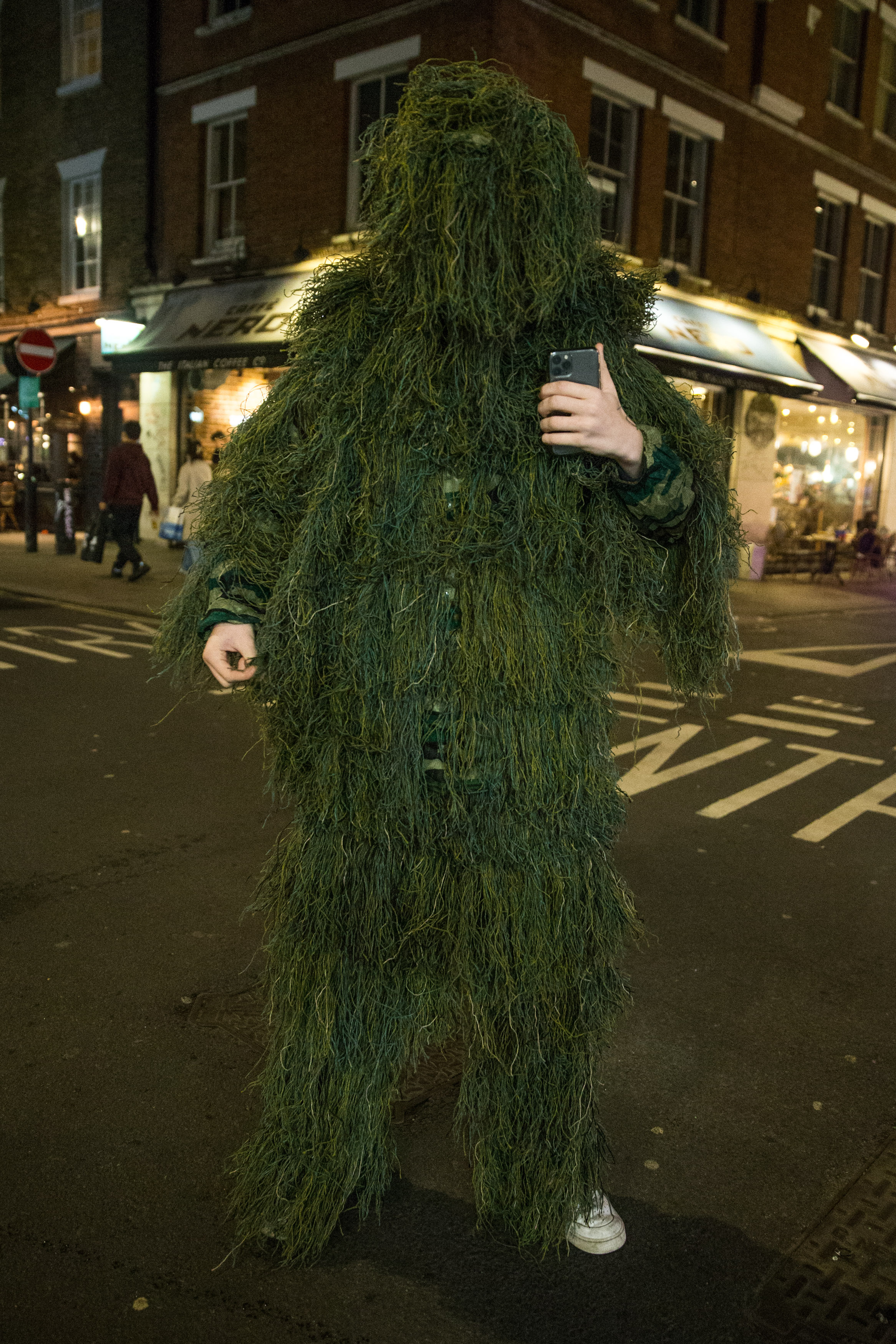 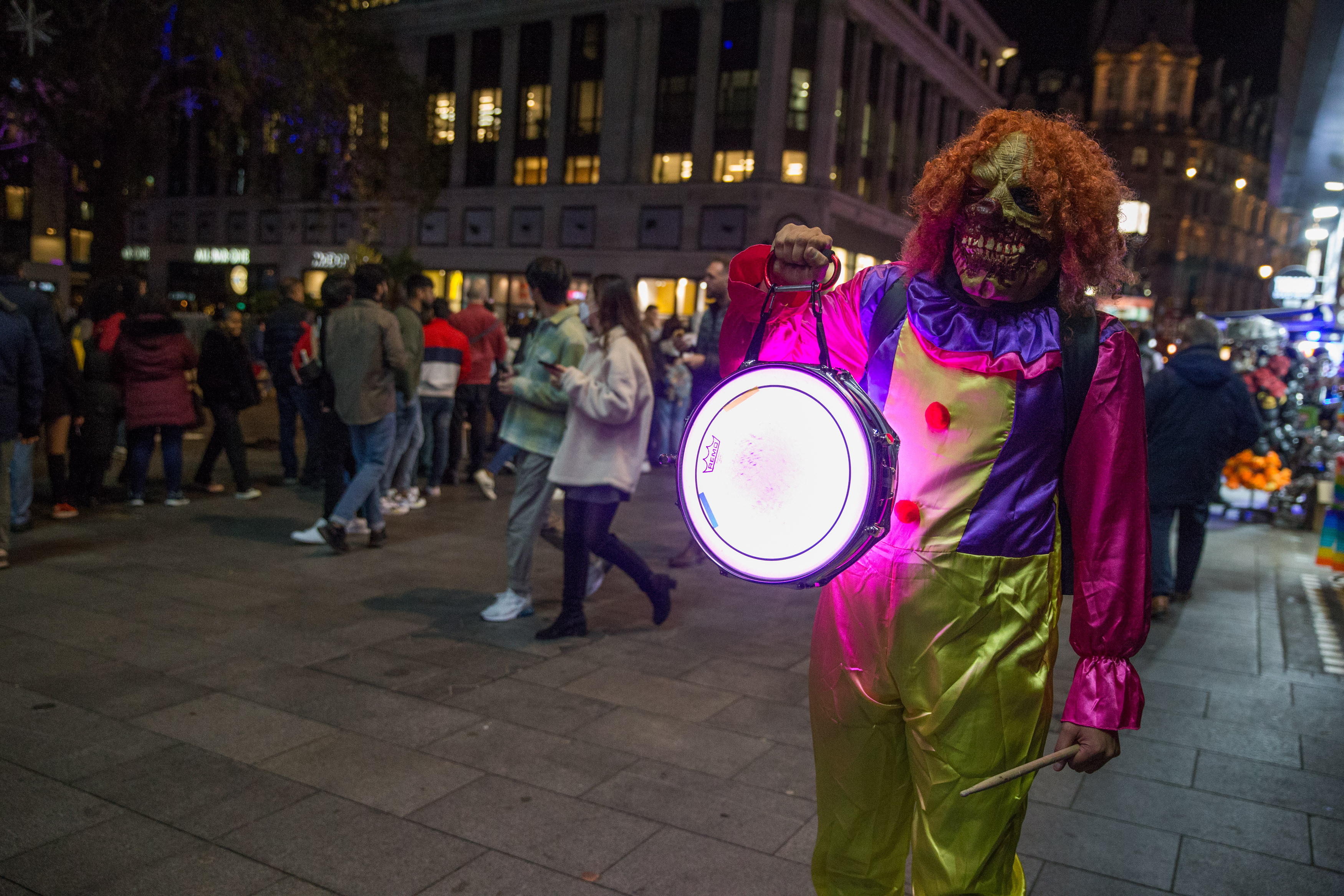 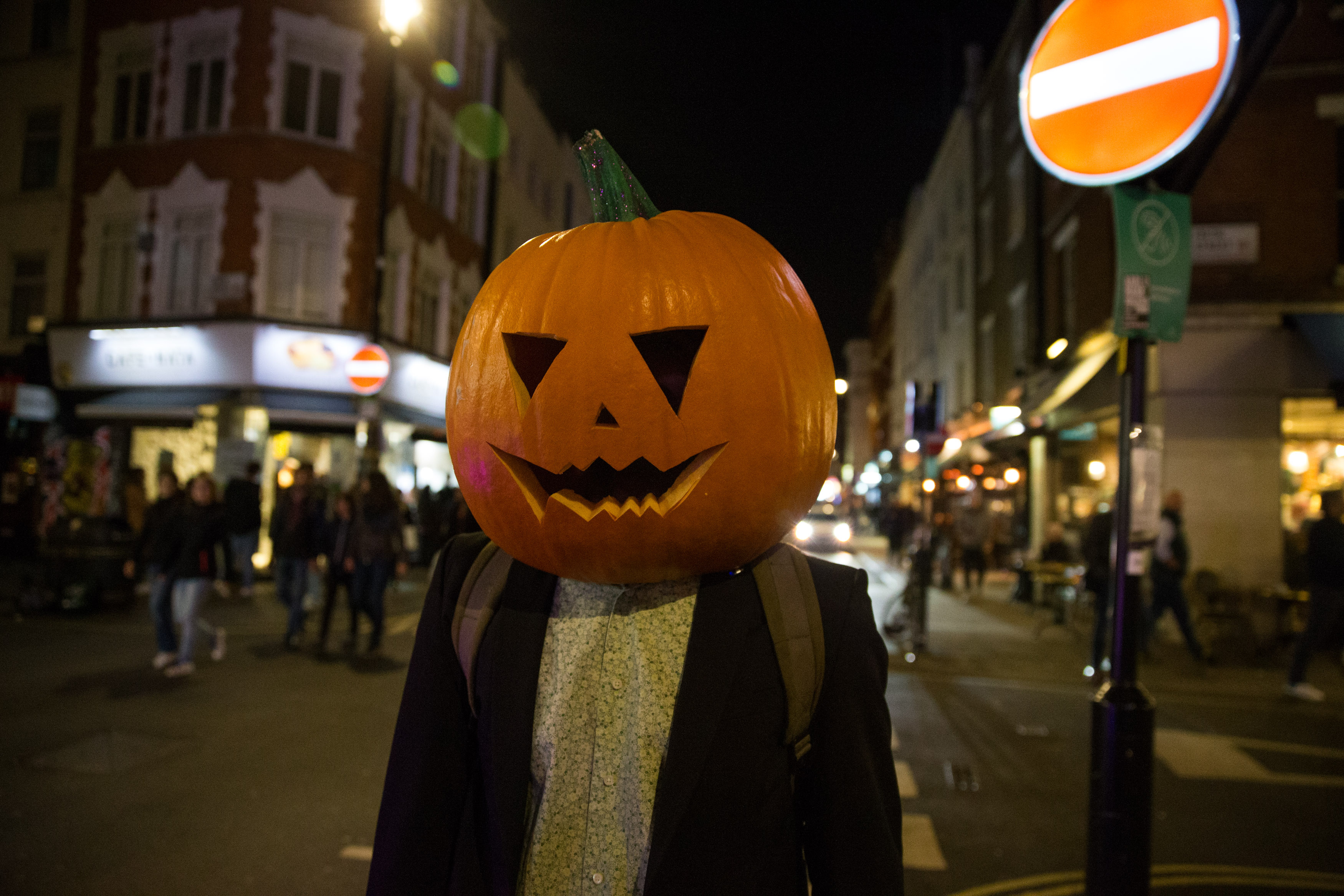 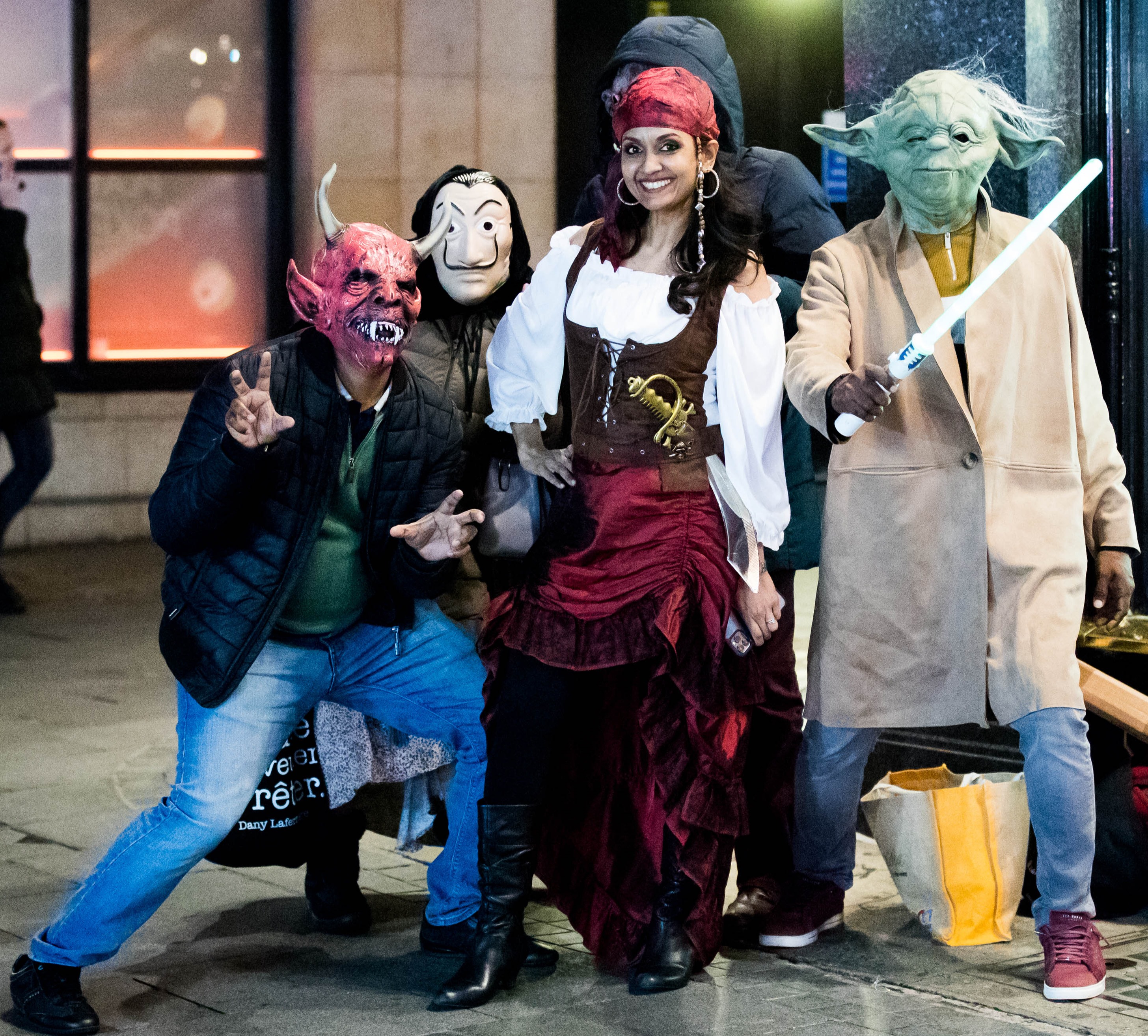 The sound system was seized and the rave broken up by 3.45am.

Across London, in Bethnal Green, cops raided a party of 30 after learning some of those inside were involved in dealing drugs.

Three people were arrested, and drugs, knives and other weapons were seized.

He said: "Whilst we appreciate that a lot of people will be celebrating Halloween this weekend with house parties, there are a number of people who will choose to host large music events.

"These gatherings blight the lives of local residents.

"They often attract anti-social behaviour and can be dangerous environments for those attending them.

"Where we identify an event, we work hard to ensure that appropriate action is taken and equipment is seized to prevent attendees moving to another location.

"Extra patrols are taking place all over London to maintain public safety."

More police are also likely to be on duty across the country amid a surge in reports of young women being spiked.

Thousands of revellers are boycotting nightclubs and taking to the streets in protest over growing reports of problems on nights out. 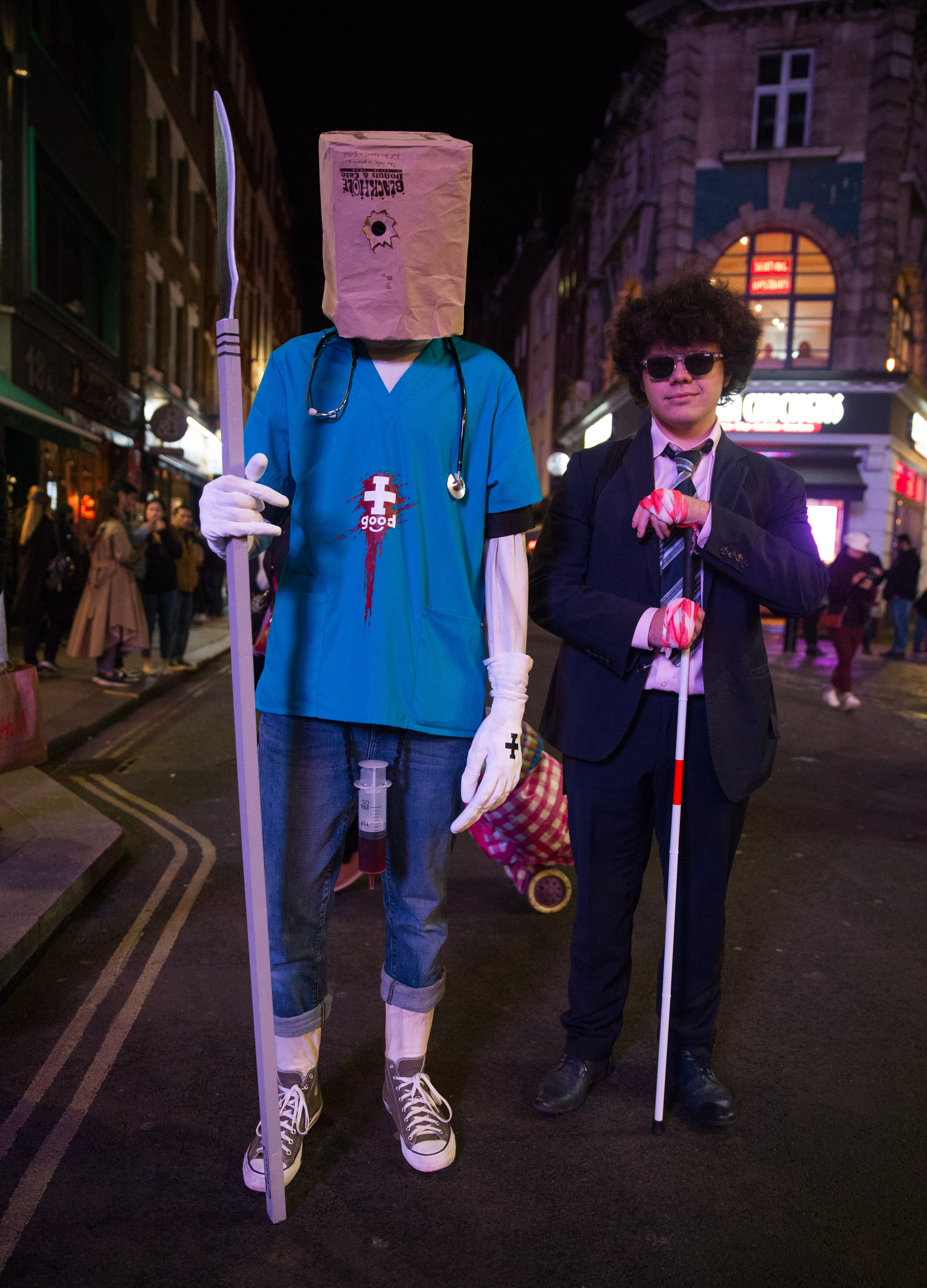 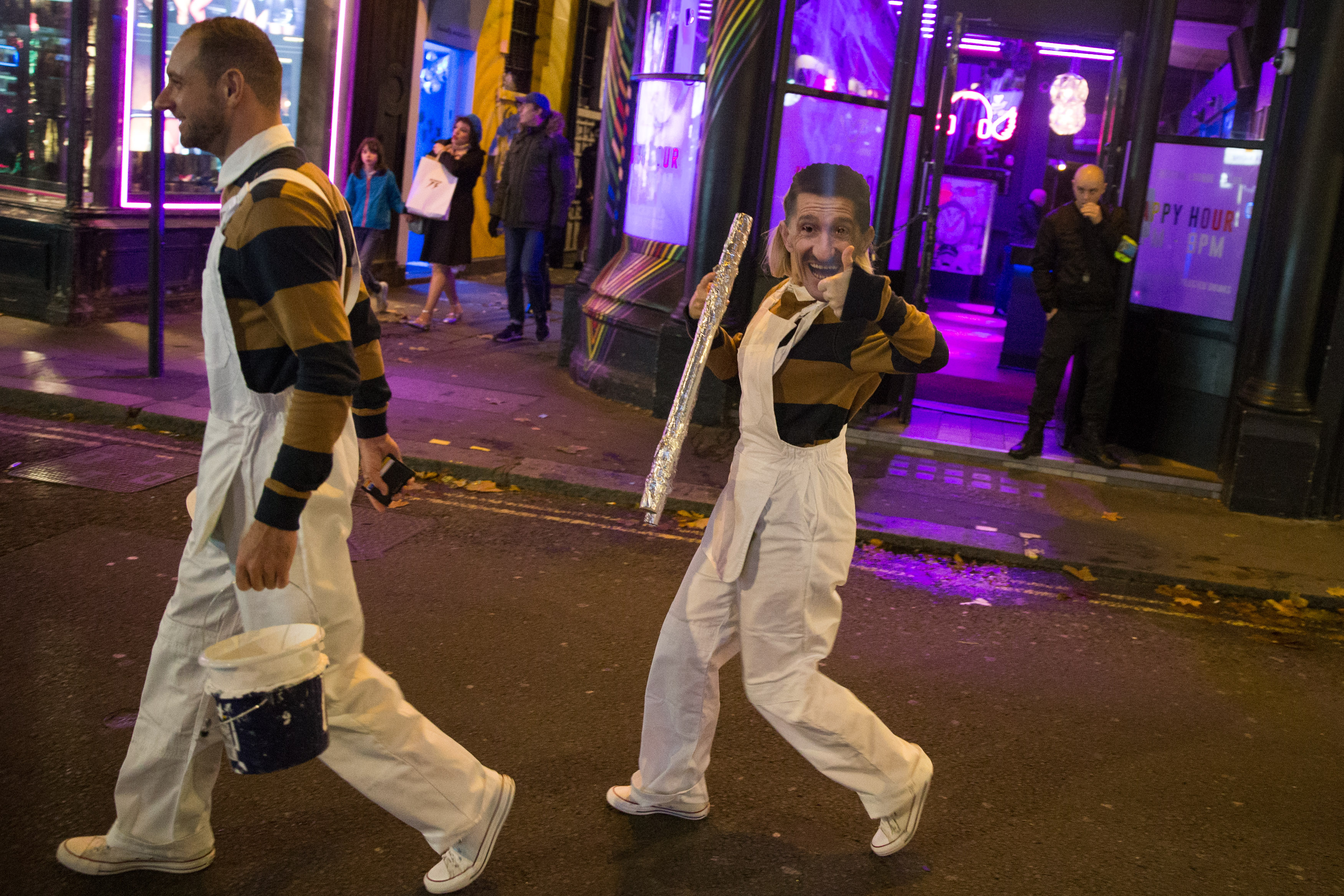 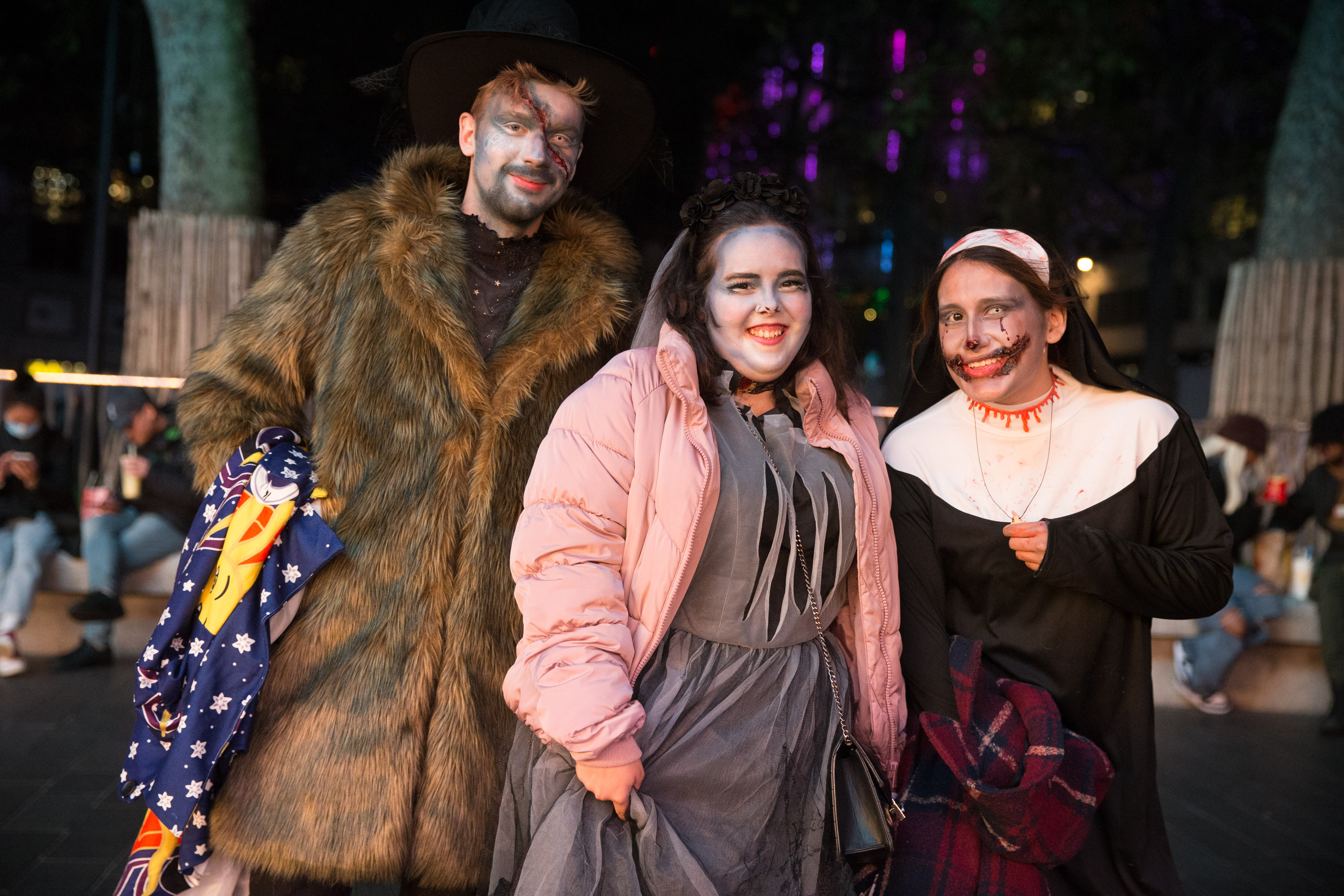 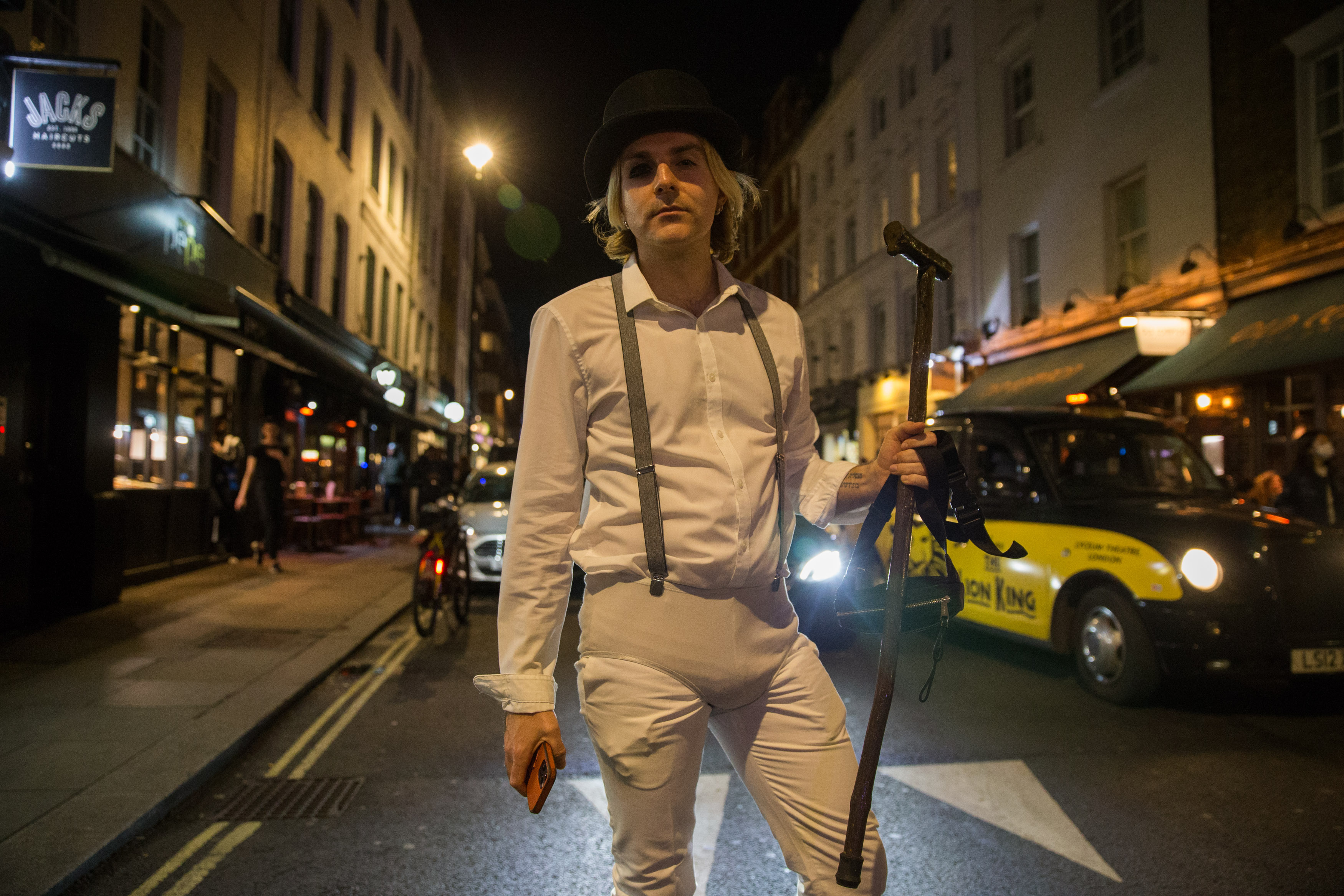 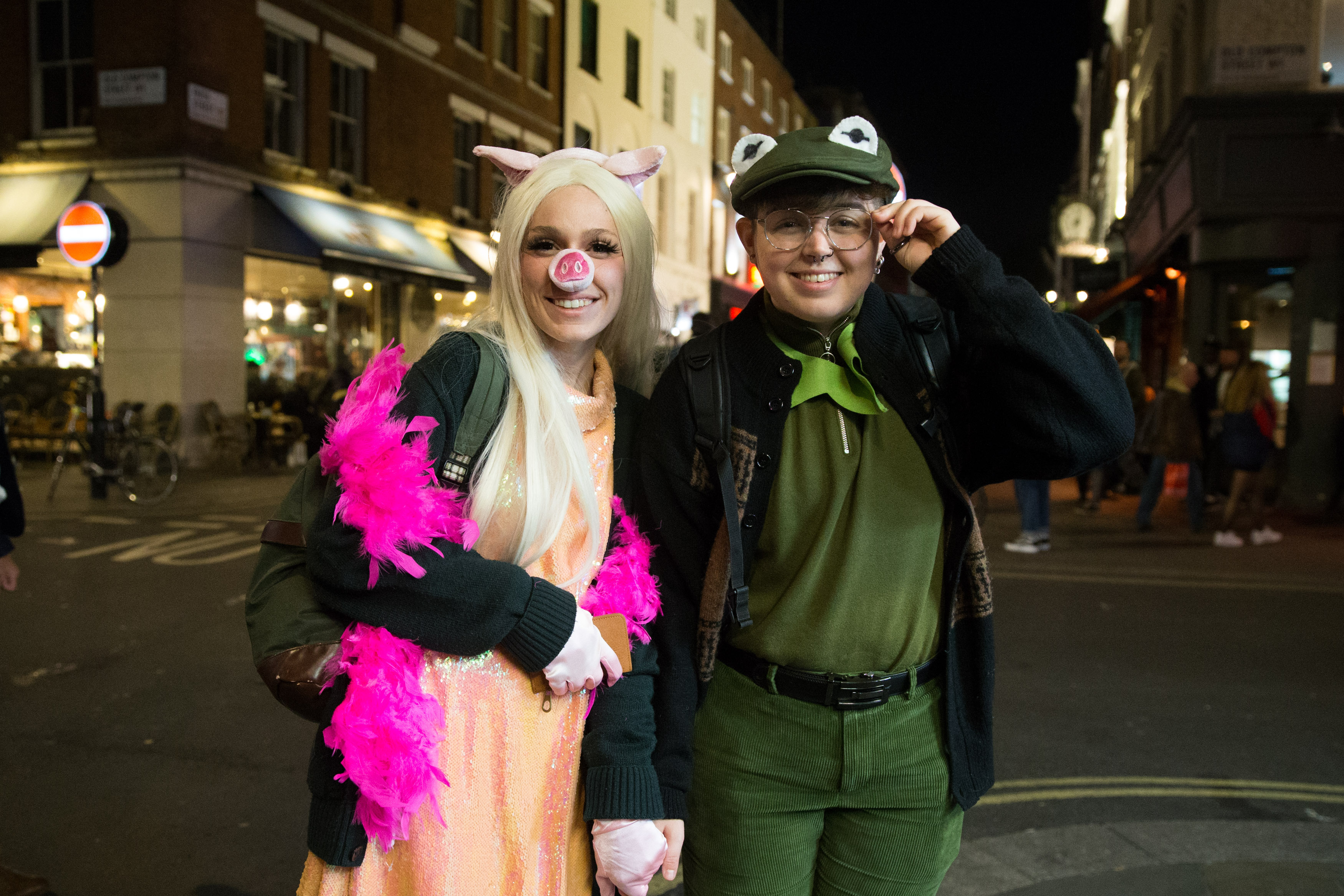