Drew Barrymore is getting more candid than ever. In a new interview with ET’s Kevin Frazier, the talk show host shared that she has been sober for two years — a personal choice she felt needed no major announcement.

“I didn’t even want to talk about it because I didn’t want the pressure of the word sober or the judgment,” she said. “But I was looking at patterns and choices I was making, and I was stuck in something that wasn’t working. It took changing behaviors. I wanted to live my happiest, healthiest, most confident life. The longer I didn’t drink, the better I felt. I don’t think you have to go out on the rooftop and tell everyone. Do it yourself.”

The Blended actress wasn’t alone in her journey, though. In fact, she shared her decision with bestie Cameron Diaz, who recently appeared on her show for a wine segment.

“Ironically, Cameron was one of the first people to know,” she said. “I talked about it to my friends, just not publicly. There are so many things we have to do in our lives to stay the course of growing and evolving. When you can believe in yourself and stop doubting yourself, it’s so empowering!” 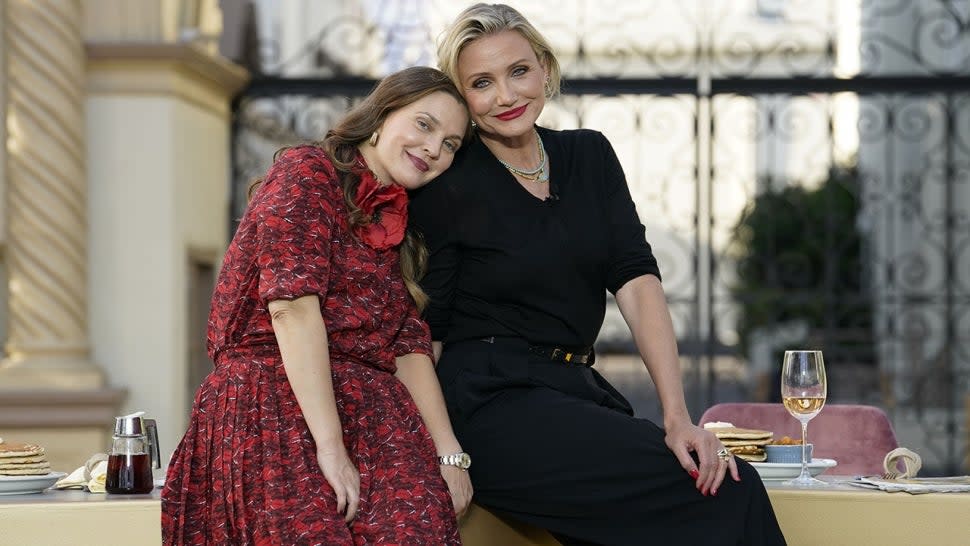 Barrymore said the decision to share her news was inspired by her upcoming sit-down with rapper Machine Gun Kelly. On Friday’s episode of The Drew Barrymore Show, what starts as the rapper giving the host a fun manicure to promote his unisex nail polish line, turns into an impromptu heart-to-heart after Machine Gun Kelly admits that he wasn’t feeling “OK.” In turn, Barrymore shares details about her emotional split from ex-husband Will Kopelman in 2016 and how that affected her mental health.

“I just wanted to have a nuclear family so badly and when that dream did not come true — with kids involved it was an even more intense experience,” she told ET. “I had to dig deep and continue to work on myself. Machine Gun Kelly inspired me to be vulnerable. He asks himself if he needs to keep up the facade. I would love if social media wasn’t a display of fabulousness, but a place we could come together and share our journey.”

Drew Barrymore Explains Why She Can't Date Someone Younger Than Her