THEY were more than a little tee'd off.

Mayhem descended on a Memphis, Tennessee minigolf center when between 300 and 400 teens began throwing objects at store workers after malfunctioning game machines ate up their money. 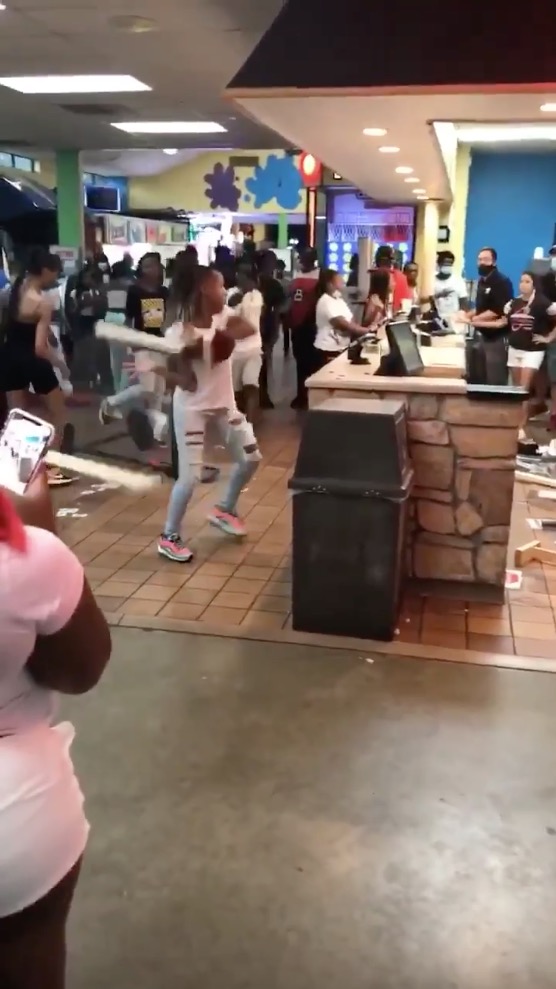 Chaotic video from the Golf and Games Family Park shows hordes of teens tossing any object they can find at helpless workers behind the cash registers trying to process refunds for faulty game equipment.

One girl is even seen on video throwing a plexiglass divider at the workers behind the counter, just before grabbing a metal stand and tossing that too at the staff, who had moved behind a separating wall to avoid the thrown objects.

The objects apparently sparked outrage among the hundreds of other teens, who began tossing objects as well, with one teen allegedly lighting a firework indoors.

When police arrived on seen, they found the children unattended, with their parents nowhere to be found. Witnesses told officers the girl began throwing objects at the staff members because she was allegedly frustrated she could not receive a refund when malfunctioning game machines at the Golf and Games Family Park began eating their money without giving them playing time. 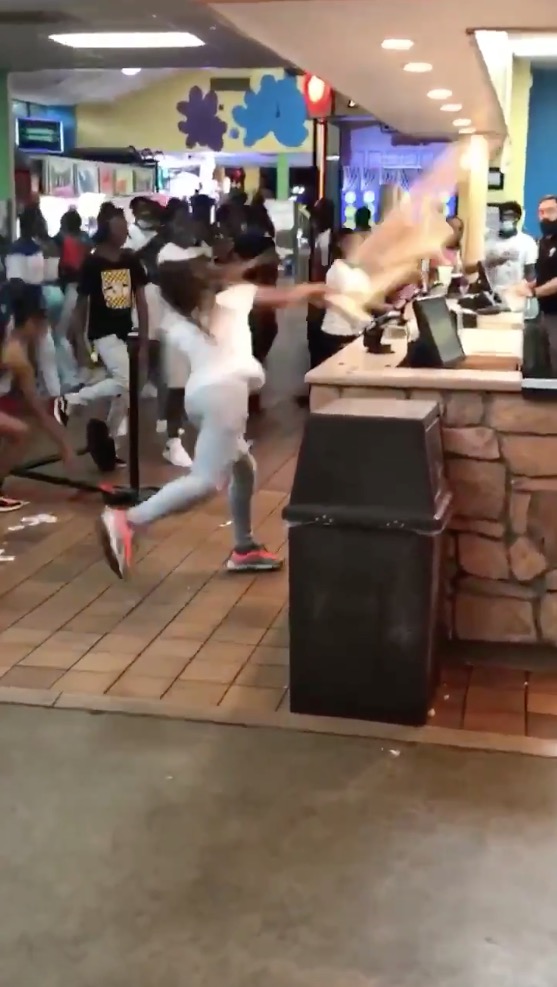 Alleged to have spit on another worker, the girl was given a juvenile summons for disorderly conduct.

Tatianna Lak posted the video online, writing she had been at the minigolf center hours earlier and was thankful she and her family did not have to experience the mayhem.

Yet she agreed that the faulty game equipment had been a problem during her initial visit. "Something must was wrong with their machines today because when they credited our attractions card for 5 attractions the money didn’t upload."

"HOWEVER," Lak wrote, "they were very understanding and still let us get on each attraction several times."

"We had an incident that we have never experienced in 57 years of business," the statement began. "Parents chose to leave large groups of teenagers at our facility without parental supervision. Some of those people chose to create a disturbance the likes of which we have never seen."

None of the staff members were harmed, the post said, adding the center is working with police to identify those involved. "Going forward, all minors must be accompanied by their parent or guardian while at Golf and Games. Anyone that is left unattended will be asked to leave."