This is the adorable moment a donkey received a blue ball for Christmas and was positively elated by the gift.

The video, filmed in Arkansas, Greenwood, on December 22, shows a donkey stood in a forest clearing.

He presses his long, equine face against the blue ball he has been given for Christmas. 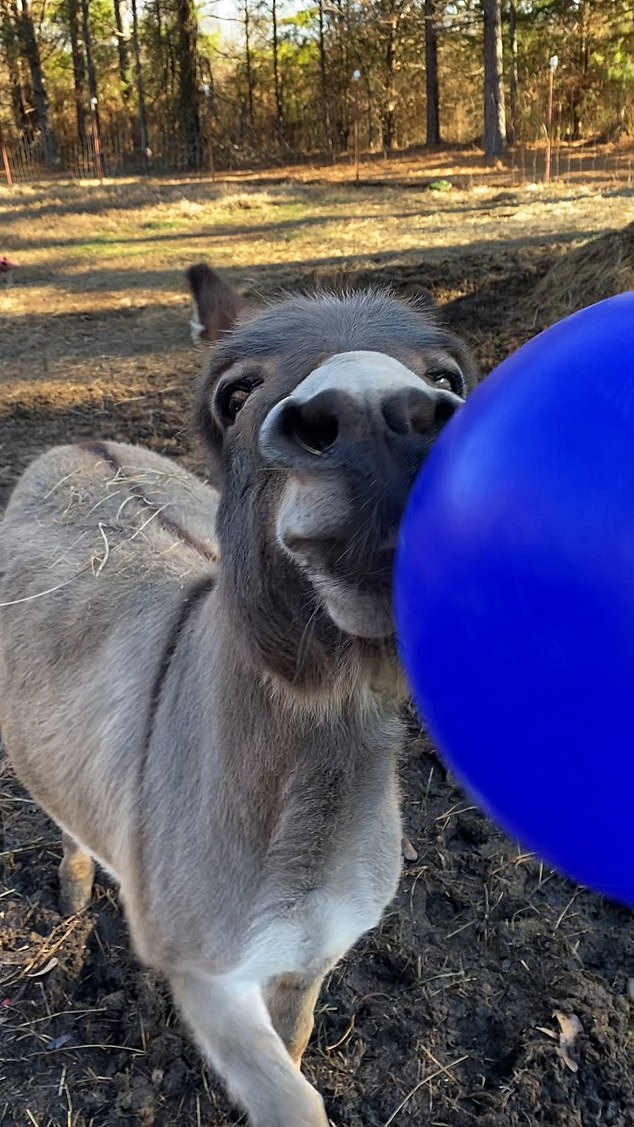 The happy donkey, from Arkansas, Greenwood, receives his Christmas present with a heart-warming display of unadulterated joy

After the ass has rubbed his lips on the blue ball, creating a squeaking sound, the disembodied hand throws the ball – and the donkey gives chase.

Clearly delighted, the donkey gallops after his gift, letting out a ginormous ‘hee-haw’ as he catches up to his bouncy present.

The ass proceeds to grasp the ball between his jaws, quickly puncturing and deflating it. 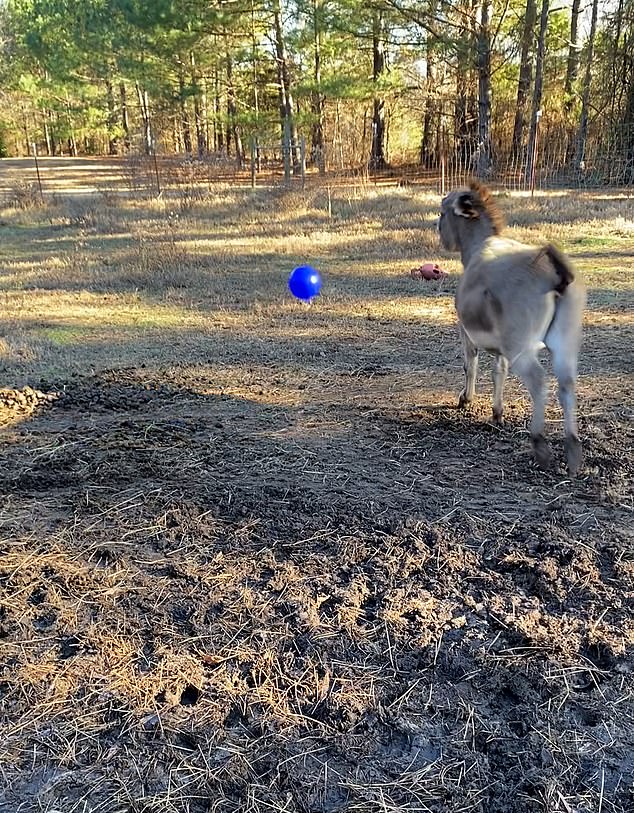 The donkey gives chase to his bouncy gift, letting out an excited ‘hee-haw’ as he runs 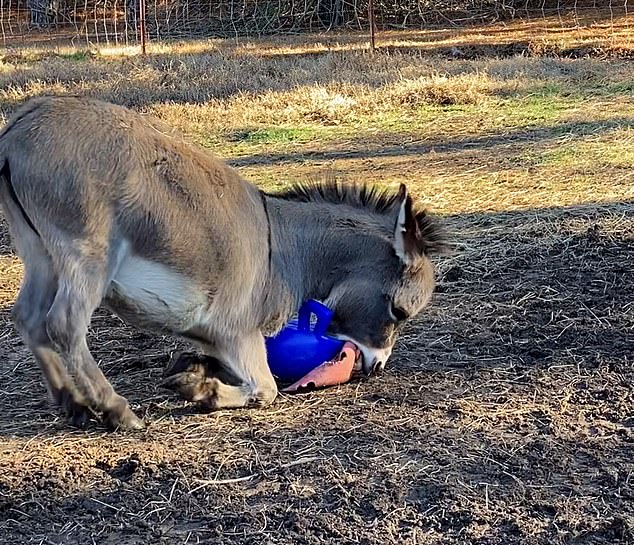 As the grateful recipient tosses about the deflated ball, looking more canine than equine, he even manages to stand on his back legs for a couple of seconds before crashing back down to the ground, the ball still clasped tightly in his mouth.

The donkey picks up the deflated husk of a red ball – clearly an older present – which he holds in his mouth alongside the new one.

Commenters on social media celebrated the donkey’s display of unadulterated gratitude, saying the 55-second clip summarised the spirit of the giving-and-receiving season that is Christmas.

One commenter said: ‘We should all take a cue and learn to find happiness in what we are given.’

Another YouTube viewer said: ‘He is just like a little kid with his present. He plays hard and breaks it within a short time.’

The donkey’s owner said: ‘My little donkey loves playing with jolly balls and always gets so excited when he gets a new one.’