Dominic Cummings ‘is STILL in the frame as the chatty rat leaker as the investigation has moved on since he left Downing Street’, sources claim

Dominic Cummings is still considered a suspect in the hunt for the government’s ‘chatty rat’ leaker, sources have claimed.

Cabinet Secretary Simon Case will be grilled by MPs this afternoon about a string of explosive allegations made by Mr Cummings.

The PM’s former-svengali denied being the ‘chatty rat’ and on Friday accused Henry Newman, a No10 adviser and close friend of Carrie Symonds, of being the most likely culprit.

Mr Cummings said Mr Case told Boris Johnson that the leak came from ‘neither me nor the then Director of Communications (Lee Cain)’.

But Mr Case is expected to deny claims that he cleared Mr Cummings over involvement in the ‘chatty rat’ leak last year, which led to revelations in the Daily Mail that Mr Johnson was poised to order a second national lockdown in October.

Those plans were later leaked to the press than night, forcing Mr Johnson to bring forward an announcement that a four-week closure would happen in November. 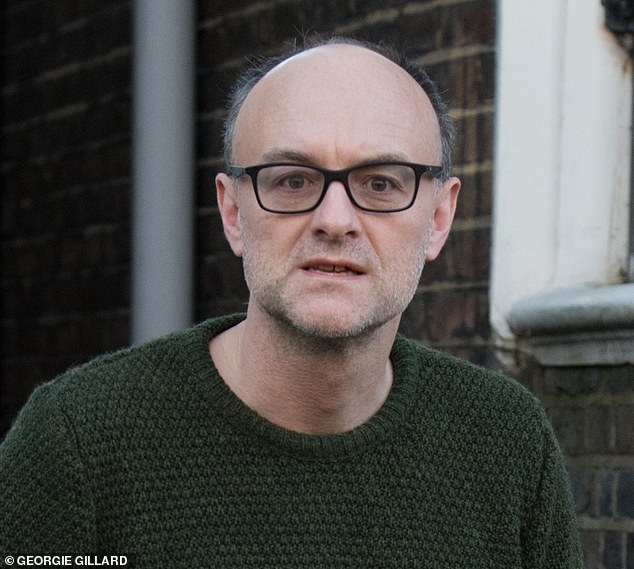 Dominic Cummings (pictured) is still considered a suspect in the hunt for the government’s ‘chatty rat’ leaker, sources have claimed 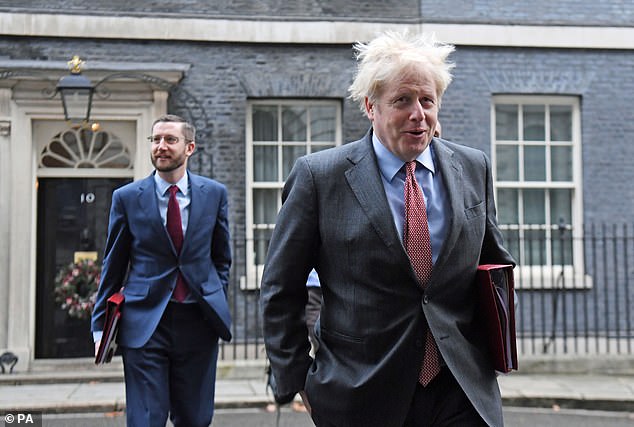 A government source last night said the inquiry – conducted with the assistance of MI5 – was ongoing, adding: ‘It has neither found anyone responsible, nor ruled anyone out.’

A separate Whitehall source told The Times that while Cummings’ claims he was cleared ‘could well have been true some week in November last year’ – this was no longer the case.

They added: ‘Things change. No one has been exonerated and the investigation is still active.’

Mr Case is also expected to today face detailed questions about the refurbishment of the flat above Number 11 Downing Street used by Mr Johnson and Miss Symonds. 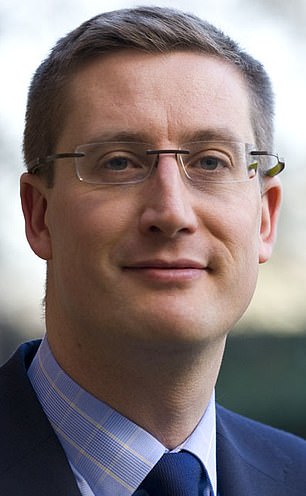 It comes amid claims that the Prime Minister has had to take out a personal loan to pay for it.

Adding to the controversy, one senior Tory said last night: ‘Boris had to take out a personal loan to cover the cost.

‘You have to be pretty wealthy to have £60,000 lying around. He has just emerged from an expensive divorce.’

The Electoral Commission said yesterday it was still seeking answers from Tory chiefs about whether party funds or donations were used.

Labour last night wrote to the commission calling for a full investigation. On Friday, Mr Cummings said Mr Johnson wanted ‘donors to secretly pay for the renovation’ – which he said was ‘unethical, foolish, possibly illegal and almost certainly broke the rules’.

The Mail had revealed that Mr Johnson asked Tory donors to help with the cost of the makeover which is said to run to six figures.

On Friday, the Cabinet Office said the cost of ‘painting, sanding and floorboards’ had been paid from a £30,000 maintenance allowance, but ‘any costs of wider refurbishment have been met by the Prime Minister personally’. 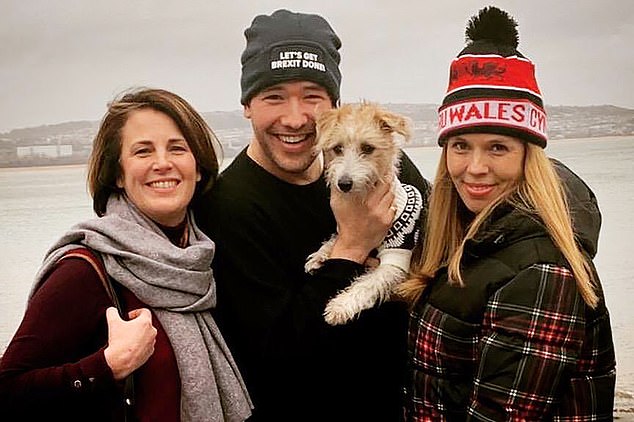 The former chief aide, who quit in November, has denied being the ‘chatty rat’ and on Friday accused Henry Newman (centre), a No10 adviser and close friend of Carrie Symonds (right), of being the most likely culprit.

Trade Secretary Liz Truss said the claims made by Mr Cummings were ‘tittle-tattle’ and the PM had ‘met the cost of the flat’.

Mr Cummings earlier denied being the ‘chatty rat’, adding: ‘Last year there was a meeting between the PM, Cabinet Secretary, the Director of Communications and me regarding the leak of the decision for a further lockdown on the Friday evening immediately after the meeting in the Cabinet Room that made the decision (known in the media as “the chatty rat story”). 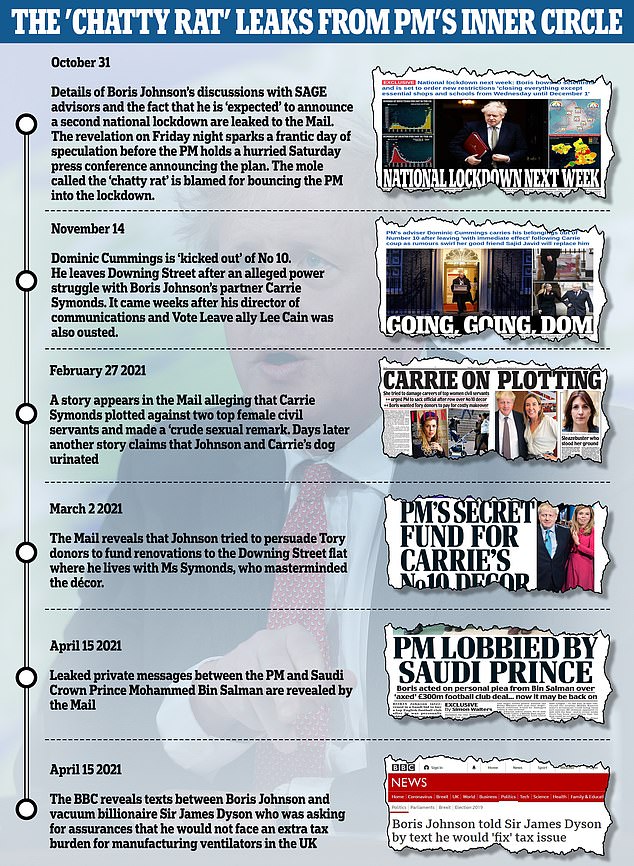 ‘The Cabinet Secretary told the PM that the leak was neither me nor the then Director of Communications (Lee Cain) and that ”all the evidence definitely leads to Henry Newman and others in that office, I’m just trying to get the communications data to prove it”.

‘The PM was very upset about this.

‘He said to me afterwards, ”If Newman is confirmed as the leaker then I will have to fire him, and this will cause me very serious problems with Carrie as they’re best friends … [pause] perhaps we could get the Cabinet Secretary to stop the leak inquiry?”

‘I told him that this was ”mad” and totally unethical, that he had ordered the inquiry himself and authorised the Cabinet Secretary to use more invasive methods than are usually applied to leak inquiries because of the seriousness of the leak.

‘I told him that he could not possibly cancel an inquiry about a leak that affected millions of people, just because it might implicate his girlfriend’s friends.’