DNA testing ‘can predict throat cancer up to eight YEARS’ in advance for patients with pre-cancerous condition that causes acid reflux, study finds

Throat cancer could be predicted up to eight years before it appears thanks to a genetic test developed by scientists.

When abnormal cells emerge where the oesophagus meets the stomach – in a condition called Barrett’s oesophagus – and turn cancerous, it can be monumentally difficult to diagnose and treat.

A small tube with a camera on the end, called an endoscope, must be inserted via the mouth or nose to identify the illness. If considered at risk patients may then receive extensive treatment they ‘do not need’, as only one in 300 people with the condition will develop cancer.

But a statistical model built by scientists at the University of Cambridge and European Bioinformatics Institute (EBI) promises to change this.

The scientists sequenced the DNA of 88 Barrett’s oesophagus patients and compared it to 777 samples from healthy people, allowing them to identify ‘chunks’ that had been deleted or repeated several times.

After using this information to build a statistical model they monitored 76 people, and found that they had accurately predicted the emergence of the cancer in two-thirds of patients within two years, and half of patients within eight. 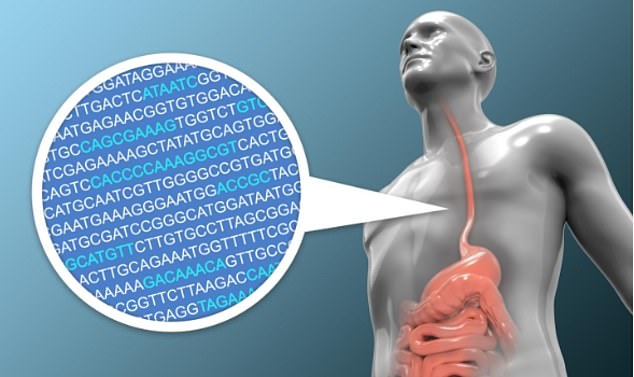 The results mean patients at greater risk can be treated immediately rather than facing regular biopsies until the early signs of cancer are found, the study authors said.

It could also reduce the burden of regular checks on those at lower risk, with monitoring possibly being cut by 50 per cent.

‘The benefit of our method is two-fold,’ explained Sarah Killcoyne, Postdoctoral fellow at EBI. ‘The patients who have high-risk Barrett’s, which is likely to become cancerous can receive treatment earlier.

‘And individuals who have something that looks genetically stable, and unlikely to develop into the disease, do not need to under go such intense surveillance.

‘The hope is that our method can help improve early detection and treatment, and decrease unnecessary treatment for low-risk patients, without compromising patient safety.’ 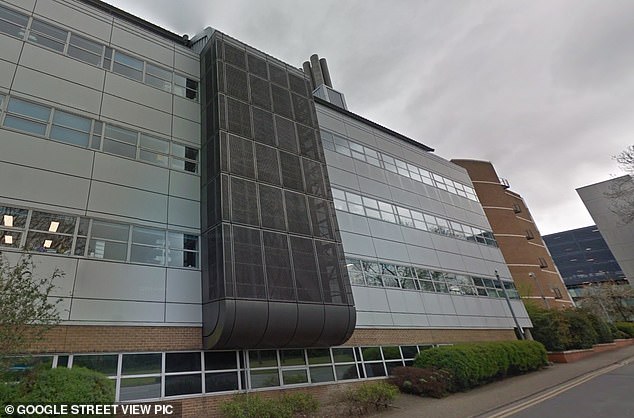 One in five patients develop cancer, but many are subjected to rigorous checks in case it develops. The model promises to help ensure only those most at risk are examined regularly

What is Barrett’s oesophagus?

They start from where the oesophagus meets the stomach and spread upwards.

It is strongly associated with gastro-oesophageal reflux disease, which can cause a symptom of heartburn.

Approximately one in ten patients experiencing this will develop the condition.

Old age, being male, obesity, smoking, high alcohol intake and a family history of the condition can increase the risk.

The main symptom is a reflux, or regurgitation of food, alongside nausea and pain in the upper abdomen.

This depends on whether it has developed into cancer. Charity Guts UK says it is mostly treated through an endoscopy to remove or treat affected parts of the oesophagus.

Removal of the whole oesophagus is only used for patients who have the cancer.

Professor Rebecca Fitzgerald from the MRC Cancer Unit at the University of Cambridge that conducted the study, added: ‘Early diagnosis of cancer is one of the best strategies to improve patient survival and decrease the side-effects from treatments.

‘However, this strategy can result in over-treatment – patients incorrectly identified as high-risk and given unnecessary treatments.

‘We need to find new ways to accurately spot cancer progression at a very early stage to help us identify those patients at greatest risk.’

Those whose DNA had a higher number of copy alterations, or who had complex alterations that increased over time, were found to be at higher risk of developing the cancer.

This data also allowed them to accurately and consistently predict patients who were at a low risk of developing the cancer over many years of clinical surveillance.

The researchers also found a high degree of variability in the number of repeated occurrences even within a single biopsy, but the model still gave a surprisingly stable predictions of a patient’s risk of progression to cancer.

Eleanor Gregson from the MRC Cancer Unit, joint first author, added: ‘This new approach could allow us to intervene earlier, helping improve a patient’s outcome, while at the same time avoiding the need for low-risk individuals to have regular and invasive monitoring or even unnecessary treatment.’

The research was funded by the Medical Research Council and United European Gastroenterology, with support from the National Institute for Health Research Cambridge Biomedical Research Centre.

The study was published today in the Nature Medicine journal.

Retired coach engineer, 66, was diagnosed with condition after hiccups made it impossible to sleep 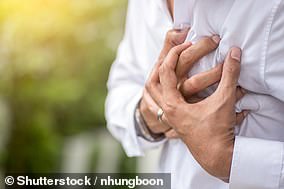 ‘The attacks would happen several times a week, usually when I went to bed and lay down,’ says Peter, 66

After 20 years of annoying but seemingly harmless hiccups, burping and heartburn, Peter Denson was shocked to be diagnosed with oesophageal cancer.

The cancer had developed from a pre-cancerous condition called Barrett’s oesophagus, where cells in the lining of the oesophagus (or gullet) start to behave abnormally after being damaged by stomach acid.

For Peter, hiccupping at bedtime, along with a sour taste in his mouth, had become a nightly nuisance.

‘The attacks would happen several times a week, usually when I went to bed and lay down,’ says Peter, 66, who is separated with two grown-up children.

‘They would last for 15 minutes or sometimes longer. I couldn’t get to sleep when I was hiccupping every few seconds. It became the bane of my life, but I didn’t think it was anything sinister.’

Peter, a retired coach engineer from Gillingham, Kent, thought his indigestion was too trivial to bother the doctor with, and blamed it on his love of kebabs, toad-in-the-hole and full English breakfasts.

As a precaution, he was also sent for a gastroscopy, where a thin, flexible tube with a small camera on the end is put down the throat. This revealed he had a hiatus hernia, a common condition where part of the stomach is pushed up into the chest.

‘I was told it was nothing to worry about, that I should try to lose some weight and it would correct itself,’ says Peter, who was only slightly overweight.

He adds: ‘I carried on taking heartburn pills, but the hiccupping and acid reflux continued. Then in February 2017, after suffering some breathlessness unrelated to my indigestion, I was sent for a CT scan, which picked up a shadow on my oesophagus.

‘Another gastroscopy and some blood tests followed and this time it was bad news — I was told I had early stage oesophageal cancer affecting a few centimetres of the lining of my oesophagus. I was stunned.’

Peter was told the cancer had been caused by Barrett’s oesophagus — where, over time, stomach acid splashes up and damages the lining of the oesophagus.