Melania Trump 'didn't have a budget or staff' claims insider

It is the second public appearance this week by the former First Lady, who also attended a political fundraising event on Saturday. The photos, shared widely on social media, will further quash speculation about an impending divorce. The 50-year-old Melania looked chic in an elegant sleeveless dress as she sat side-by-side with her husband at a round table outside one of the resort’s restaurants.

The former US President was wearing a navy suit, white button-up shirt, and a striped tie.

Despite choosing to dine in public, 74-year-old Donald and his wife seemed determined to stop fellow diners from pestering them. 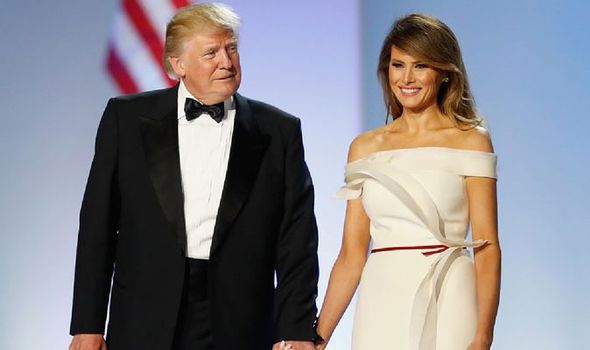 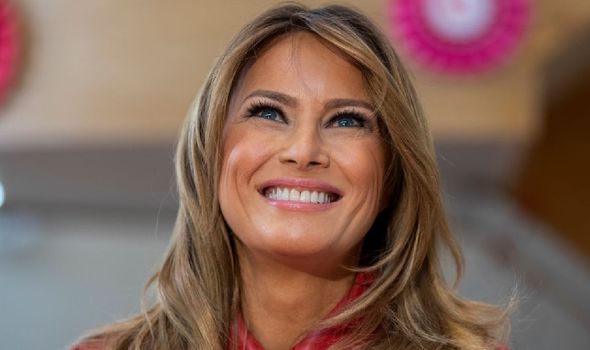 Melania made an appearance at a dinner on Saturday night hosted by her husband for Republican National Committee donors.

The former First Lady wore a $1,900 white dress by Giambattista Valli, according to reports.

She chose to wear low white heels with her dress with a touch of silver jewellery. 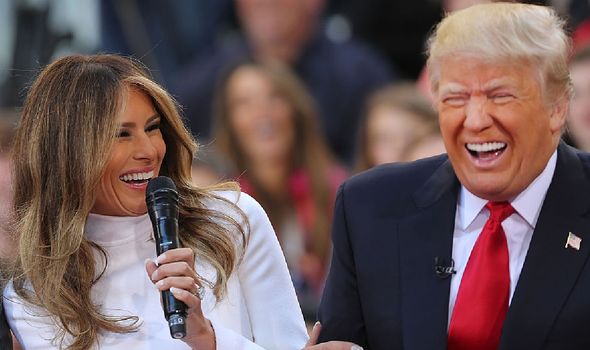 Social media footage showed the former First couple being warmly applauded and welcomed by their guests, as they entered the event.

Meanwhile, an author has claimed that Melania chose not to leave her husband because “there was more in it for her to stay than to go”.

Mary Jordan, author of ‘The Art of Her Deal: The untold story of Melania Trump’, told People magazine that Melania preferred to stick with her husband than to leave him during his presidency. 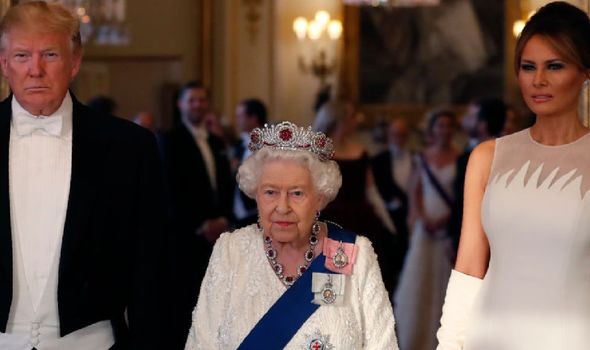 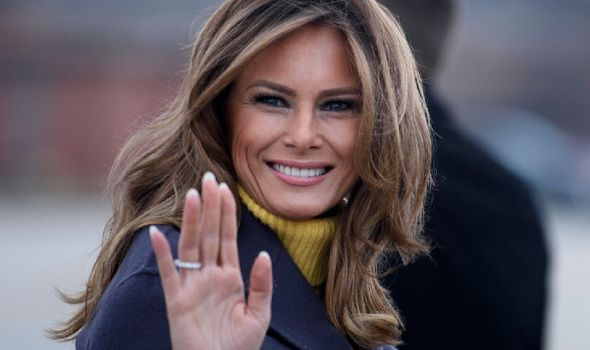 Ms Jordan’s sources allegedly told her “over and over again” that “there was more in it for her to stay than to go.”

Kate Andersen Brower, author of First Women, also suggested to People magazine that Ms Trump was “the most reluctant First Lady we’ve had in modern history”.

She added: “The First Lady is supposed to act as the ‘consoler in chief,’ especially when you’re married to a man who is so inept at consoling people and has a real empathy gap there.”