Disney+ streaming service to rival Netflix and Amazon will launch in UK on March 31 – with subscribers able to watch Star Wars, Marvel, Pixar movies on demand

Disney will launched its streaming service which will feature movie franchises such as Star War, Marvel and Pixar on March 31.

The service, Disney+ will launch simultaneously in Germany, France, Italy and Spain.

As well as movies, the service will offer Jon Favreau’s TV series, The Mandalorian – which is set in the Star Wars universe. 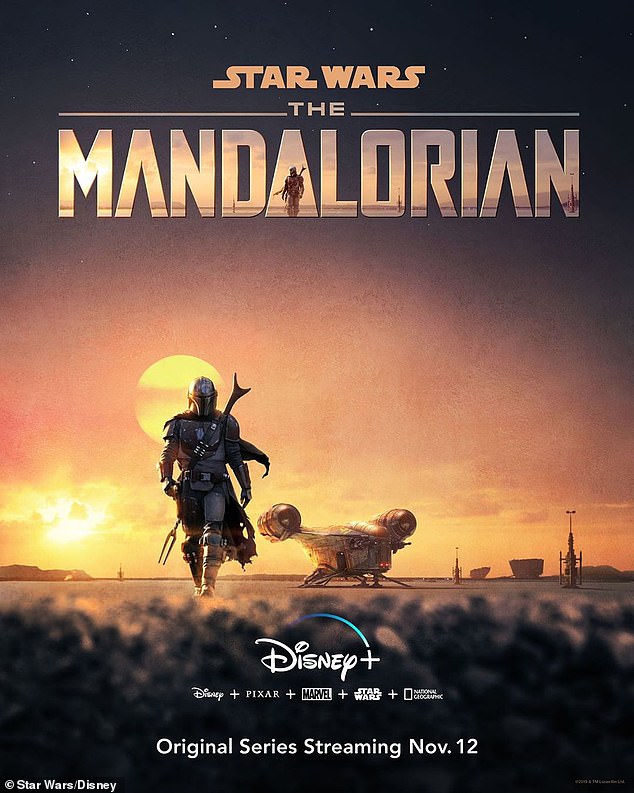 UK viewers will be able to see Disney’s new series based in the Star Wars universe, The Mandalorian, once Disney+ launches in the UK on March 31

The streaming service will launch into an increasingly crowded market which includes Netflix, Amazon Prime, Apple TV+ and the newly announced Britbox.

Disney movies have earned more than £6.4bn in cinemas worldwide so far this year.

The company has also recently purchased 20th Century Fox – which means shows such as The Simpsons will also be available to subscribers.

However, according to Tech Radar, only seven of 23 Marvel films will initially be available as the company does not want to undermine DVD and Blue-ray sales.

According to the BBC, the service costs $6.99 a month in the US but the company has not confirmed the price in the UK.