A VIRUS far more deadly than Covid-19 could spark a devastating pandemic which would "kill off" pubs for good, a scientist warns.

The shocking claim refers to the threat of unknown bugs that can transmit to humans which the World Health Organisation (WHO) has dubbed Disease X. 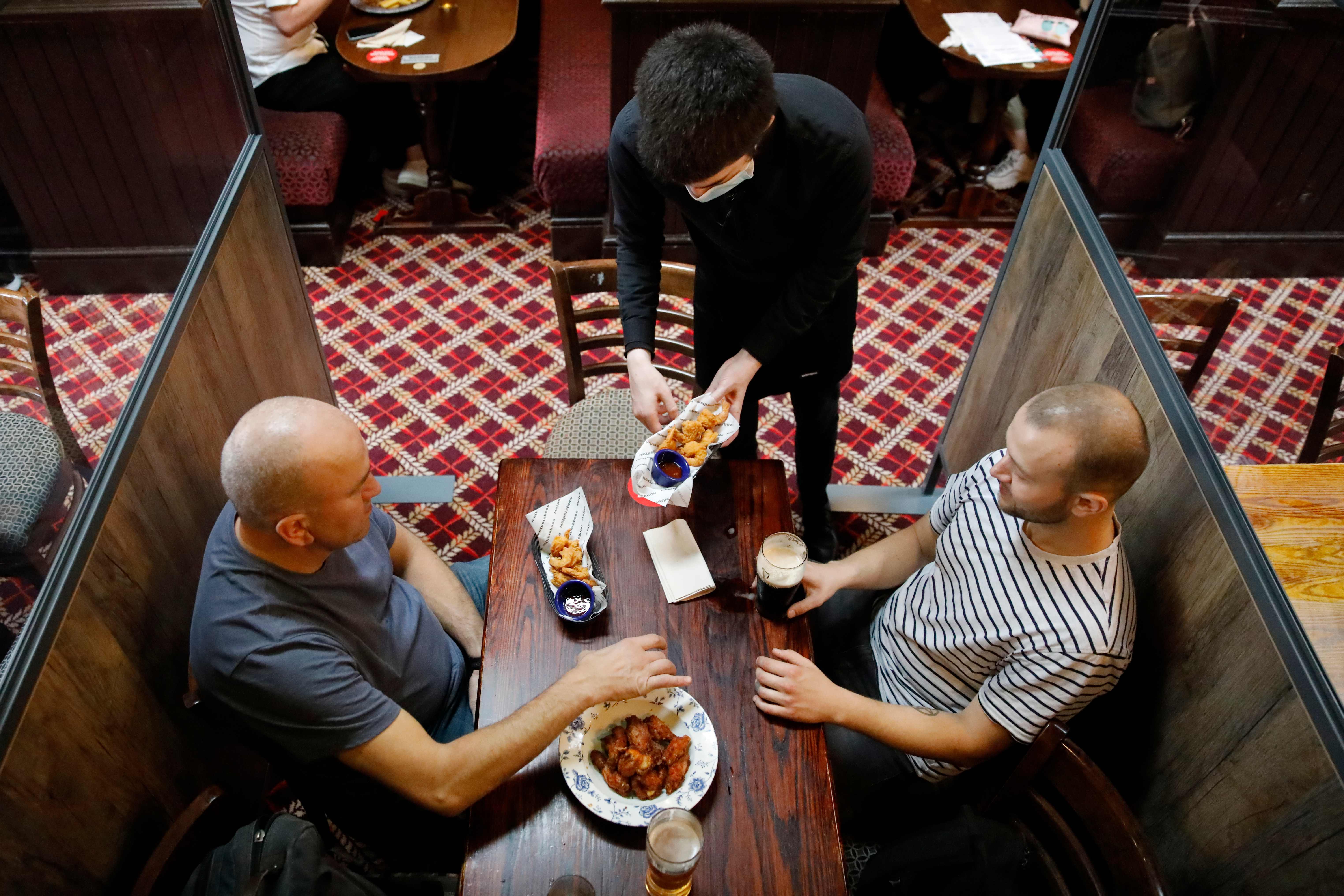 Professor Lidia Morawska, of Queensland University of Technology, said governments around the world need to learn the lessons from the coronavirus pandemic and install better ventilation in public buildings.

Last year, neatly 10,000 licensed premises, including pubs and restaurants, were killed off during the lockdown which crippled the hospitality sector.

Prof Morawska said British pub goers should pressure the government to introduce new laws to keep us safe in public spaces – a move she claims would save the NHS "billions".

She told the Daily Star: "Covid is not the first pandemic in human history and therefore expecting it would be the last would be a naivety.

"If you invest in better ventilation now you would save billions in NHS funds.

"Lockdown was the hardest lesson we could imagine and it will be a lesson that will be forgotten very, very quickly as soon as the world goes back to normality so now is the time to pay attention.

"The pubs were closed, everything was closed. If we knew what we were doing the lockdowns possibly wouldn't have been as hard as they were and life would have been easier. 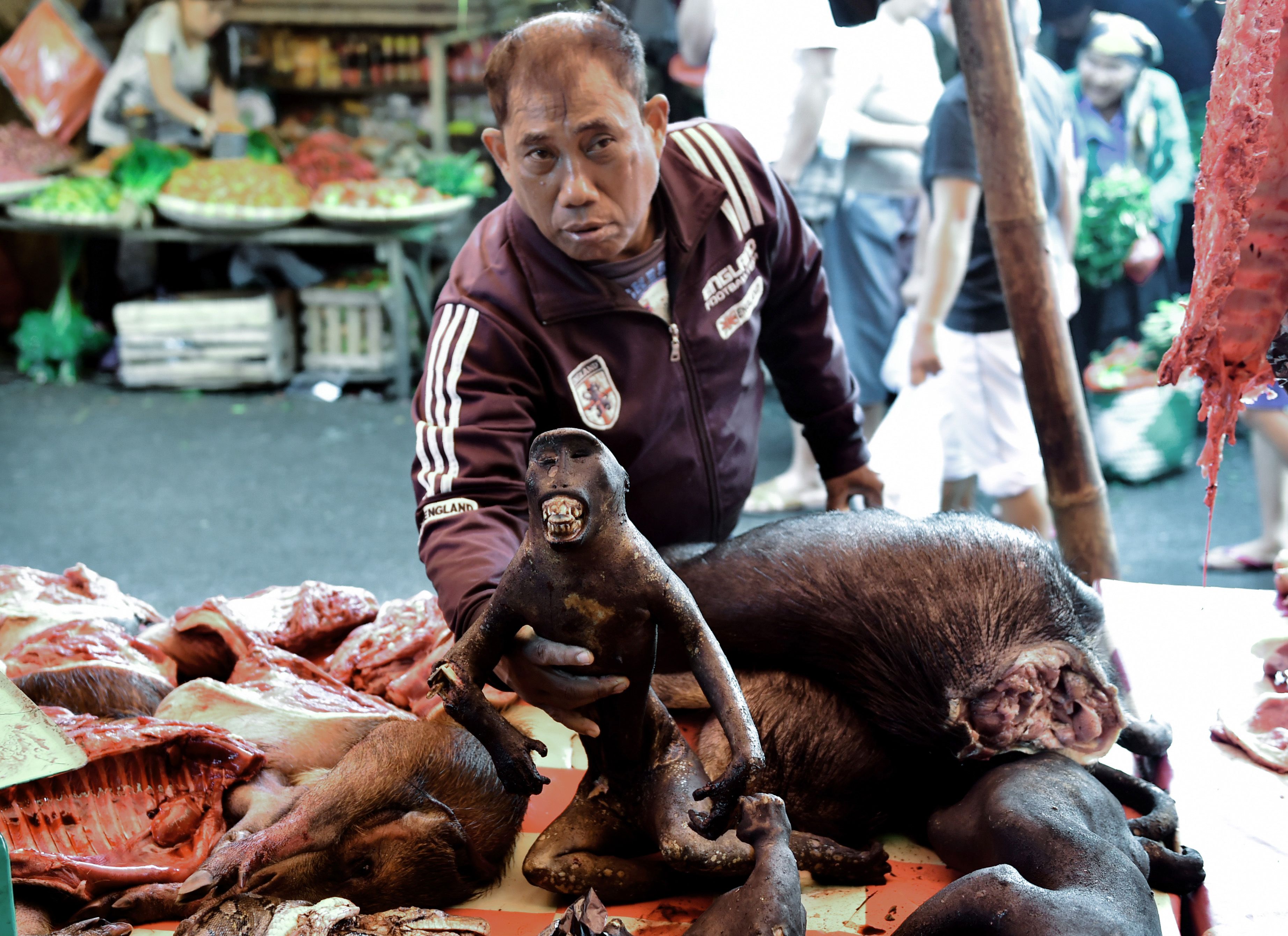 "Now is the time to make sure it doesn't happen again."

The top scientist added that mutating Covid could become a seasonal virus like influenza.

She says it's "impossible to predict" whether we'll need a new vaccine every year to protect us against the coronavirus.

Scientists have predicted we could face a health emergency every five years likely caused by "zoonotic" diseases – when infections jump from animals to humans.

In February, the WHO warned even more deadly bugs are on the horizon – with warnings the next pandemic could be on the scale of the Black Death, which killed an estimated 75 million people. 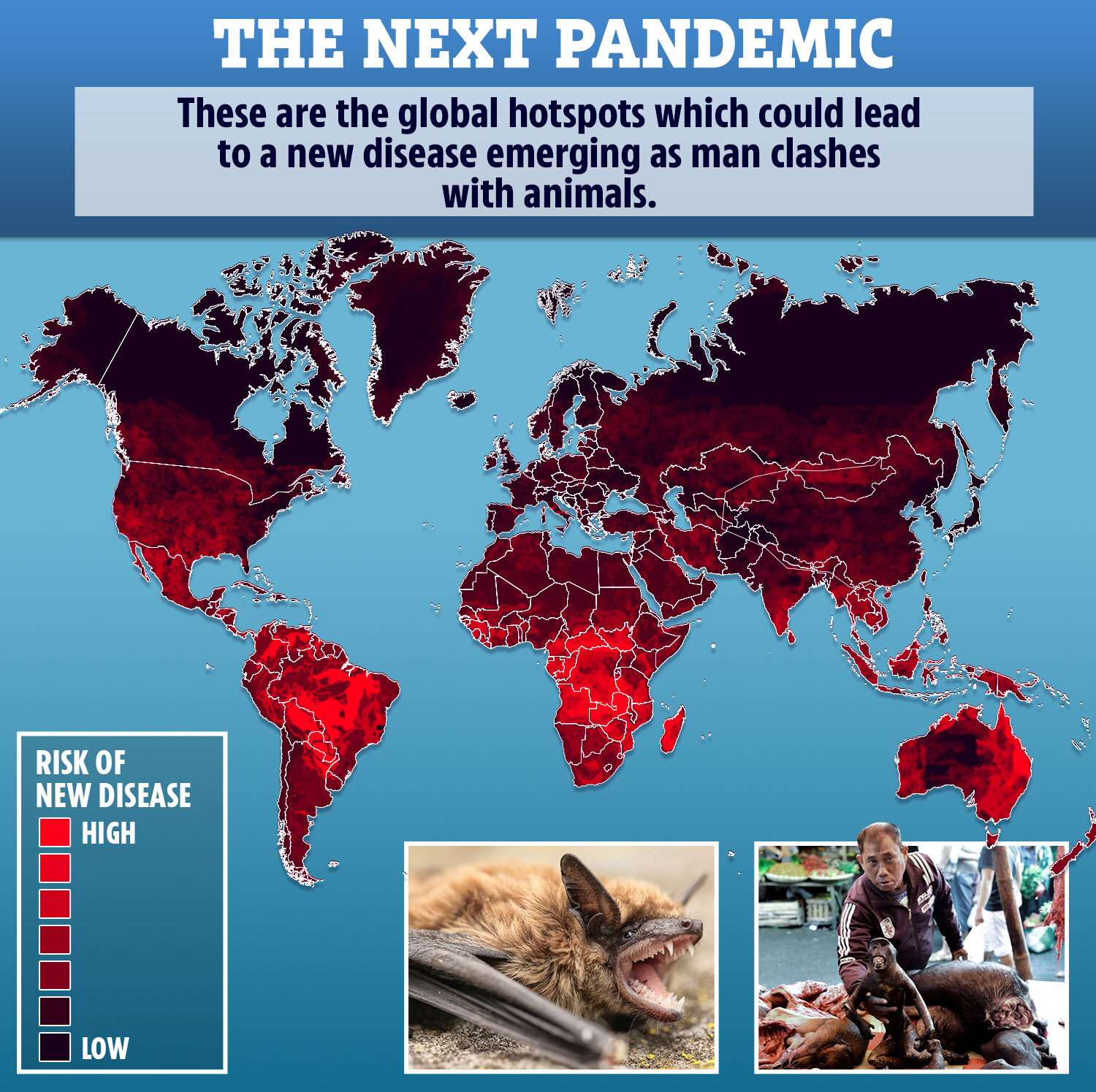 Experts have told The Sun Online how there are many other mysterious diseases lurking on the fringes of society which could make the jump to man.

Wet markets, rainforest clearance, expanding urban areas and the construction of dams can all lead to man coming into contact with animals and potentially contracting a new disease.

Man's conflict with nature has led to new infections such as Kyasanur forest disease – known as monkey fever – which is spread by ticks or contact with animals.

SARS – like Covid – is also believed to first emerged from bats, and MERS is believed to have spread from bats to camels to humans in the Middle East.

Dr Josef Settele, of the Helmholtz-Centre for Environmental Research, a co-author of a new UN-level study on pandemics, told The Sun Online mankind faces a "perfect storm".

He said: "Rampant deforestation, uncontrolled expansion of agriculture, intensive farming, mining and infrastructure development, as well as the exploitation of wild species have created a ‘perfect storm’ for the spillover of diseases from wildlife to people.

"This often occurs in areas where communities live that are most vulnerable to infectious diseases."

THESE are the most deadly disease outbreaks in history – with many times the death toll than currently being unleashed by Covid.

Black Death – Somewhere between 75 and 200million people lost their lives – up to 60 per cent of the entire population of Europe – when the plague ravaged the continent from 1346 to 1353.

It was most likely passed to humans via fleas which were feeding on black rats on trade ships in the Mediterranean before spreading across Europe and North Africa.

Spanish Flu – As the world attempted to recover from the horror of the Great War in 1918, a disaster which killed twice as many people as the conflict emerged with Spanish Flu.

Somewhere between 17million and 100million people died during the pandemic which lasted until 1920 – but there is currently no consensus as to where the virus originated, although it appears to have avian genes.

Plague of Justinian – Believed to be the same bacteria responsible for the Black Death, the plague ravaged Europe and West Asia killing between 15milion and 100million people in 541 and 542AD.

It is believed to have been spread by rats carrying fleas as well – spreading into the Byzantine Empire via grain ships arriving from Egypt.

HIV/AIDs Pandemic – Still ravaging parts of the world, its estimated some 35million people have been killed by the insidious virus since 1981.

It is believed to have jumped from primates to humans and was potentially first spread by the bushmeat trade.

The Third Plague – The Bubonic plague struck again in China in 1855 from where it spread and killed up to 15million people.

WHO estimated the bacteria was running rampant until 1960 – with only then the pandemic ending, and they continue to closely monitor any outbreaks of the plague.