This is the bizarre moment the ground beneath a digger wobbles and ripples like a giant waterbed.

In the video, which was filmed by the operator of a digger in Kitimat, British Columbia, Canada, a large area of sand can be seen moving like waves.

The construction worker appears to tempt fate by prodding the unstable surface with the bucket of the digger. 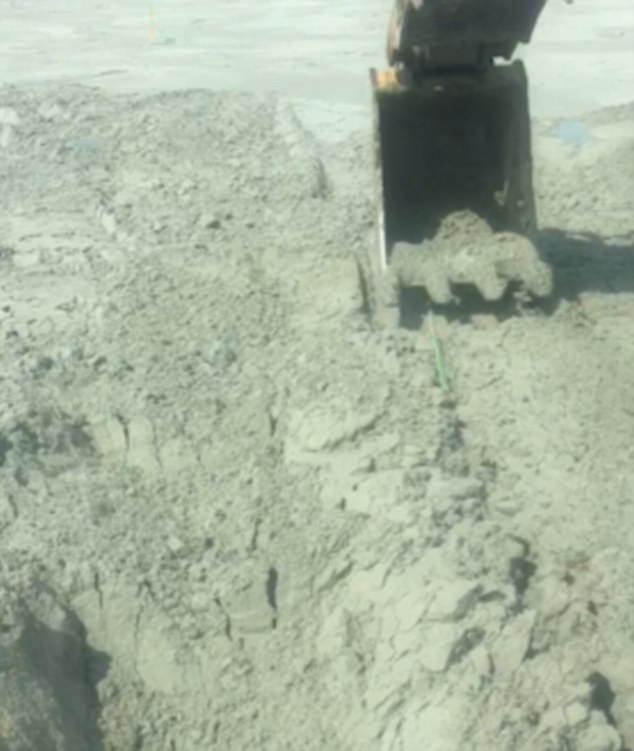 Footage shows the operator of a digger in Kitimat, British Columbia, Canada prodding the ground with digger as it wobbles 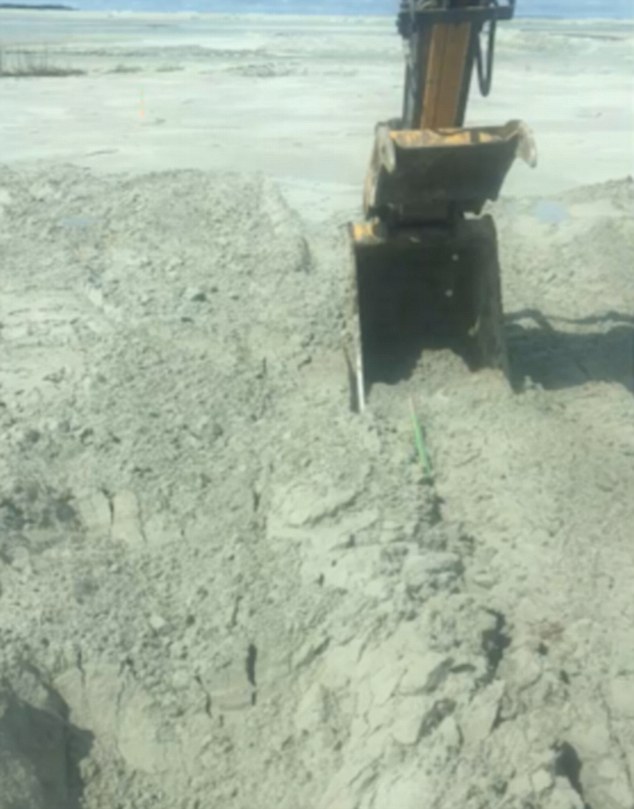 The rippling of the sand is believed to be caused by a phenomenon called soil liquefaction.

This is when the ground is saturated with water and then becomes stressed from a sudden movement such as the shaking from an earthquake – or the bucket of a digger.

The ground then loses its strength and stiffness causing it to behave like water.

The phenomenon can be dangerous and during earthquakes cars, roads and even buildings can be sucked below the surface. 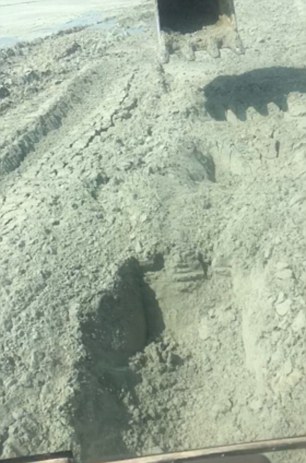 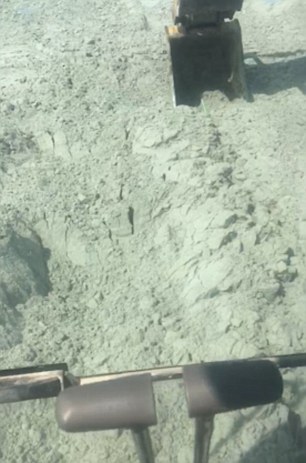 In 2011, Japan was hit by a devastating magnitude nine earthquake which caused widespread liquefaction.

Areas with a high water to soil ratio near coastlines, harbours and rivers were most affected by the phenomenon.

Hundreds of streets in Christchurch, New Zealand, were also destroyed by liquefaction during a 6.3 magnitude earthquake in 2011.

Roads were covered in silt thrown up from the ground after liquefaction occurred as a result of the earthquake. 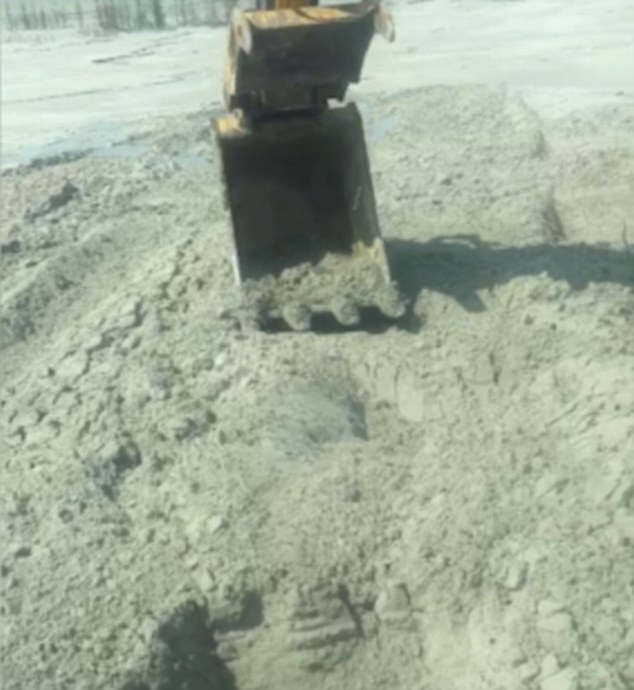