THE verdict for the former Minnesota police officer Derek Chauvin, who killed George Floyd after kneeling on his neck for nine minutes, has been reached.

The jury in Chauvin's trial has deliberated over two days to reach their decision. 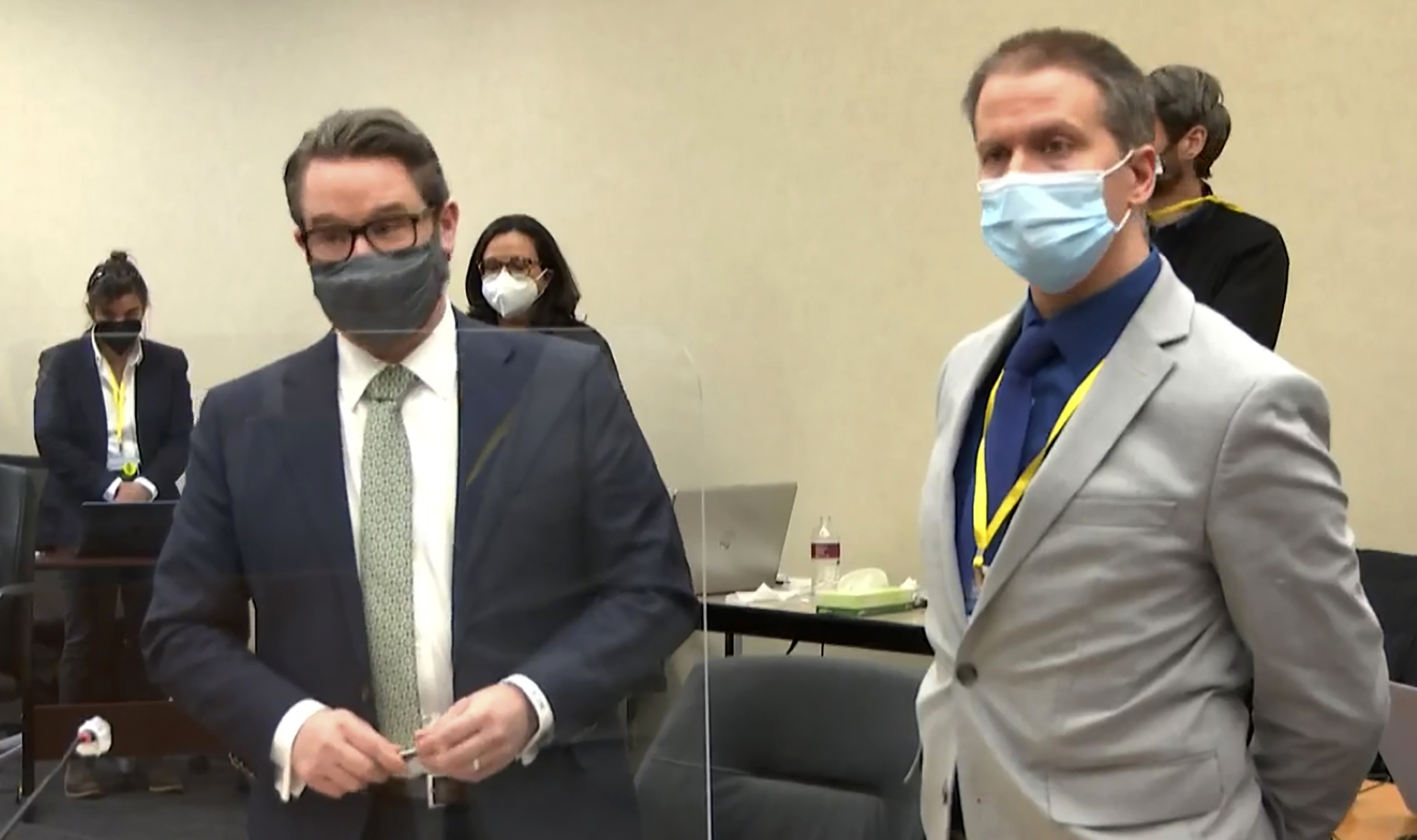 Who is in the jury for the Derek Chauvin trial?

After nearly six hours of closing arguments and rebuttal on April 19, the 12 jurors – seven women and five men – were led away to deliberate.

April 19's deliberations ended at 8pm without a verdict on any of the three charges. The jury then resumed on April 20 where they reached a verdict just after 2pm local time.

Floyd died last May following an arrest during which Chauvin placed a knee on his neck for 9 minutes and 29 seconds while Floyd pleaded, “I can’t breathe.”

45 witnesses were called to the stand in recent weeks – 38 for the prosecution and seven for the defense – including the Minneapolis police chief and other officers who have openly condemned Chauvin’s actions.

What are Derek Chauvin’s previous offenses?

Chauvin had 18 complaints filed against him, according to CNN.

Two of the complaints were "closed with discipline," an internal affairs public summary shows.

He received a letter of reprimand in both cases.

Chauvin was reprimanded for pulling a woman out of her car in 2007, frisking her and placing her in his squad car after he stopped her for speeding 10 miles per hour over the limit.

His dashboard camera was not activated and a report said he could have interviewed the woman while standing outside her car.

Personnel records show Chauvin served as a military policeman in the US Army in the late 1990s.

He has been awarded two medals of valor since he started as a police officer.

One was for being part of a group of officers who opened fire on a stabbing suspect after the man pointed a shotgun at them in 2006, and the other was for nabbing another man in a domestic incident in 2008.

Chauvin has pleaded not guilty to all charges.