‘Depraved’ ex-BBC Radio One DJ Mark Page, 63, is jailed for 12 years over ‘grotesque sexual abuse’ of poverty-stricken children as young as 12 in the Philippines 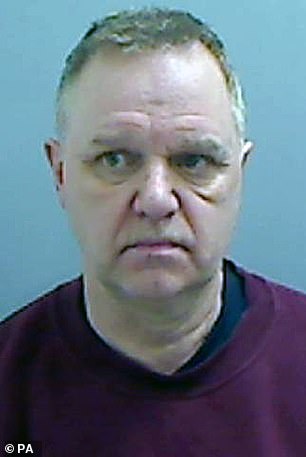 An ex-Radio One DJ who arranged to have sex with vulnerable children in the Philippines has been jailed for 12 years.

Mark Page, who worked at the station in the 1980s, was guilty of ‘grotesque sexual abuse’ of children as young as 12, and took advantage of their poverty, the sentencing judge said.

The 63-year-old divorced father-of-three from Stockton, Teesside, was convicted on Wednesday of four counts of arranging the commission of a child sex offence, between 2016 and 2019.

Two of the charges related to contact he had via a webcam from his home, while two happened during his frequent trips to the Philippines.

Teesside Crown Court was told one of his victims, a waitress then aged 13 with no father and who was the eldest of six children, has been traced and now lives in a place of safety.

The court previously heard that Page even tried to bargain down the price for a sexual encounter with a girl aged 12 and a boy of 13, saying 3,000 pesos – around £44 at today’s exchange rate – was too much.

Page had denied all offences throughout his trial but failed to convince a jury of his innocence.

Page told the court that his devices had been hacked but did not mention this while he was being interviewed by police, as he gave ‘no comment’ answers, later explaining to the jury he was in shock.

He was convicted of four out of five counts of arranging the commission of a child sex offence following a trial. 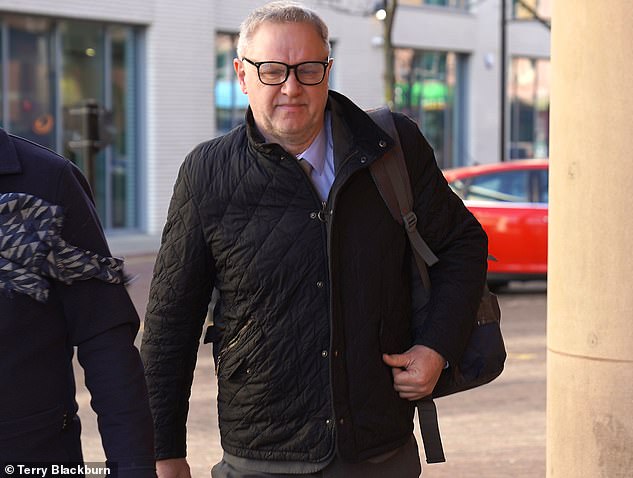 The judge said: ‘The offences of which you have been convicted involve the grotesque sexual abuse of young children for your own sexual gratification.

‘You took advantage of the poverty and deprivation in an under-developed country in which children are routinely forced, through economic and social deprivation, into acts of prostitution.

‘Your sole purpose was to engage children, as young as 12, in vile sexual activity to satisfy your perverted appetites. 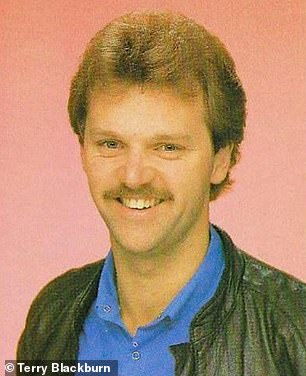 ‘You obviously delighted in their humiliation and the satisfaction of your own corrupt sexual desires.

‘This was, in my view, the very embodiment of depravity.’

Jo Kidd, prosecuting, said it was recently estimated that 60,000 children in the Philippines had been forced into prostitution and the situation had been made worse by ‘crippling poverty’ caused by lockdown.

The disgraced DJ, well known on Teesside as the match announcer at Middlesbrough FC games for 20 years until his arrest, had a lengthy career in broadcasting and set up a successful radio station for the British Army.

He used frequent business trips to the Philippines, as well as charity work, as a cover for his perverted interests.

Facebook alerted a charity following concerns raised about messaging on its platform.

The charity informed UK law enforcement and Cleveland Police carried out a search warrant at his home in January 2020. 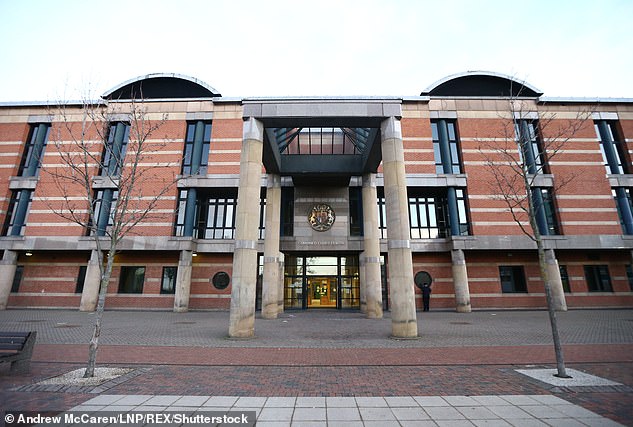 Analysts studied a tablet, mobile phone and computer tower and checked his Skype activity, texts, bank account and money transfers before charging him.

Detective Sergeant Kevin Carter from the Paedophile Online Investigation Team welcomed the sentence and said it may act as a deterrent for others.

He added: ‘The court heard how Page attempted to present himself as a respectable and credible individual, yet his actions betrayed the trust and confidence of many people, not least his family and close friends.’