Stuck in the headlights: Deer hunter suspended upside down, 18-feet up in a climbing tree stand by only his ANKLE is rescued after hours-long ordeal

Law enforcement officers in Texas worked alongside first responders to rescue a deer hunter who became stuck upside down and 18 feet in the air in a climbing tree stand.

The incident occurred Monday afternoon in Tyler, Texas – located about an hour-and-a-half southwest of Dallas.

Sheriff Bryan Weatherford told local outlet KFDM that the hunter was rescued at about 5.30pm in the Spurger area.

The hunter, who preferred to remain anonymous in local reports, said the first responders ‘saved my life.’

He had been hanging upside down for more than an hour before he was successfully lowered into a brush truck belonging to the city. 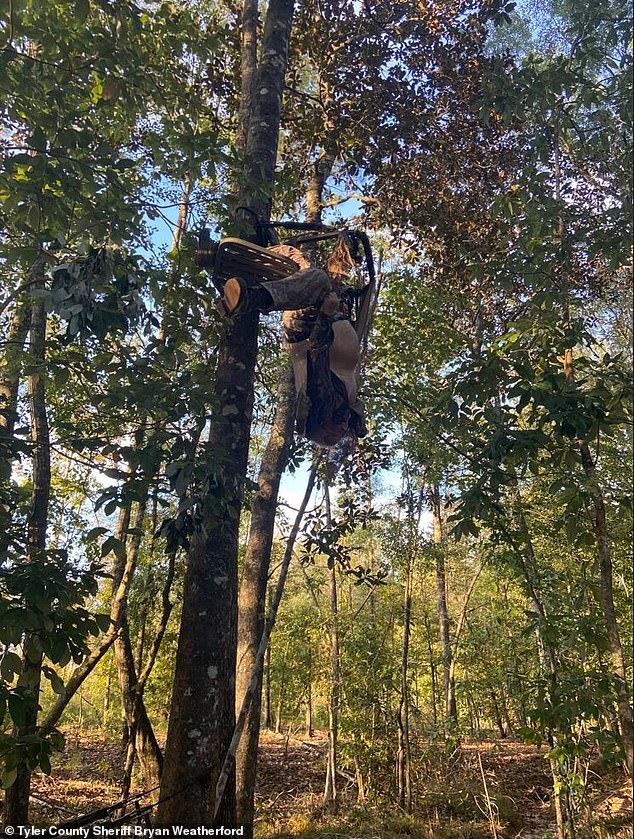 Image from the Tyler, Texas county sheriff’s office of the anonymous hunter stuck upside down, hanging by a boot, in a tree 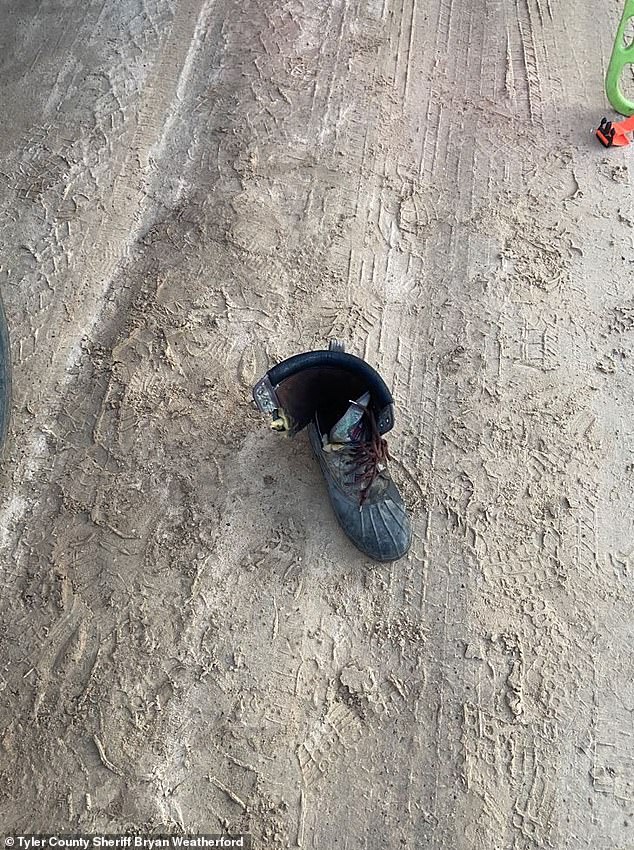 Deputy Corey LeBlanc said the hunter managed to call 911 at about 4.25pm saying he had fallen out of his climbing stand and become stuck.

‘He was high off the ground, withfhis right foot wedged in the framework of his climbing stand,’ said LeBlanc.

There was an ambulance nearby, but the hunter did not end up requiring any medical attention.

Regarding the novelty of the incident, LeBlanc said, ‘It’s my first time dealing with this type of thing, but it happens. It’s not uncommon.’

‘My advice to hunters is that this is a prime example of the need to use a safety harness,’ he continued. ‘He’d been hanging long enough that his fluids and blood were rushing to his head. He’d been hanging an hour and a half.’

Following the ordeal, the hunter shared the advice he would give to other hunters, ‘Use a harness.’

‘It was in my truck. I’ve done this all my life, fishing and hunting. I just got complacent,’ he said.

‘I was 18 feet up and my ankle was the only thing that was holding me up. I help my phone in my mouth. I knew if I dropped this, I’ll die.’

He said that when the first responders reached him, they appeared to be in shock at the situation they were encountering.

The rescuers, who were led to the precise scene of the incident by the man’s hunting partner, had to cut off his boot in order to extract him from the tree,