Islamic State is all but finished – what is left of the terror group’s land tells the story of an organisation who’s fall is as spectacular as its rise.

We drove through deserted streets to the town of Baghouz where ISIS is making its last stand.

The buildings have been pummelled from the air.

They were once Daesh (Islamic State) positions. 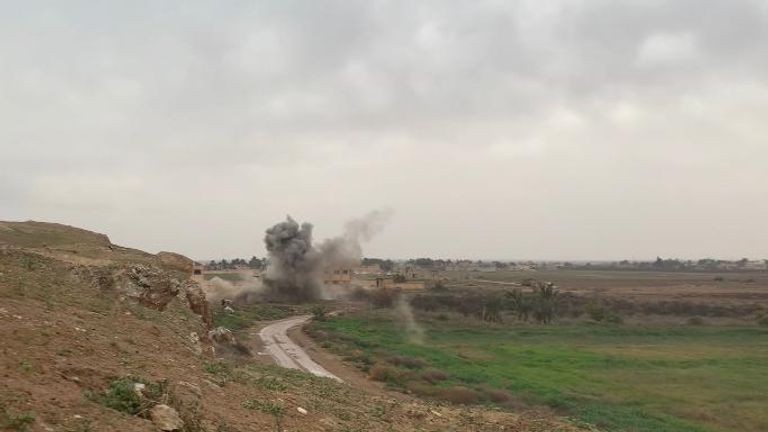 But the advance of Kurdish forces is cautious.

The area is booby trapped with mines and roadside bombs.

Slowly they are being cleared but it is dangerous and unforgiving work.

The area of the town still held by IS is falling fast. 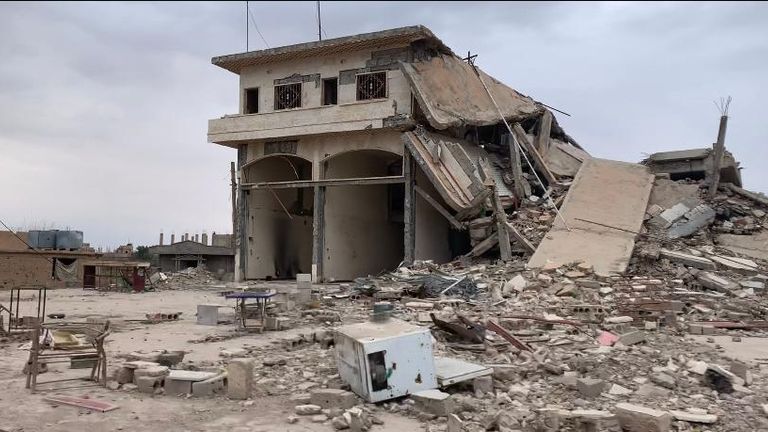 From the top of a hill a makeshift shanty can be seen spilling outwards, holding families who have run away from places like Raqqa and Mosul.

Bits of tarpaulin between walls are used as tents.

Islamic State once held much of Iraq and Syria.

But its members have become refugees in what’s left of their own self-proclaimed state.

Smashed by coalition jets and Kurdish troops, what once terrified the world now exists in a backwater on the Euphrates river.

More people are fleeing the squalor and the bombs everyday.

Loaded on trucks they are taken away by Kurdish forces.

Many of the fighters who’ve surrendered have severe injuries.

A group from Turkmenistan, Syria, Iraq and Egypt tell me they need medical help, but none comes.

A man, originally from Aleppo, shows me his leg shattered by a gunshot. 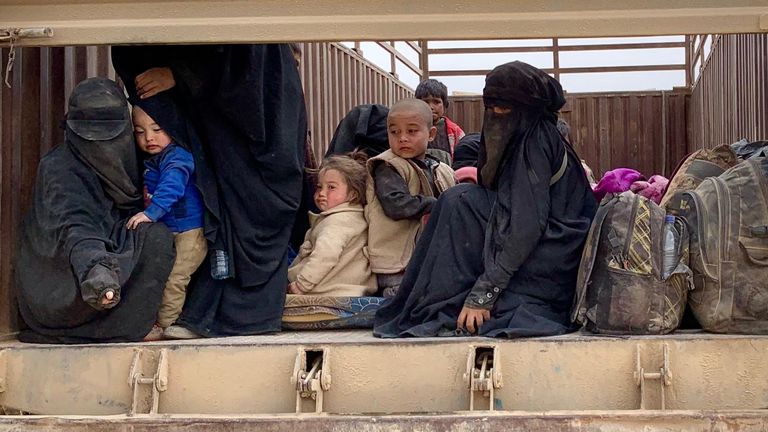 He says he’s afraid he will die too, like the man lying next to him.

There is not much humanitarian assistance in this remote place.

Children of ISIS have also been caught by the fighting. Many have open wounds that need immediate surgery.

Everyone here in this windswept desolate holding area is in need. 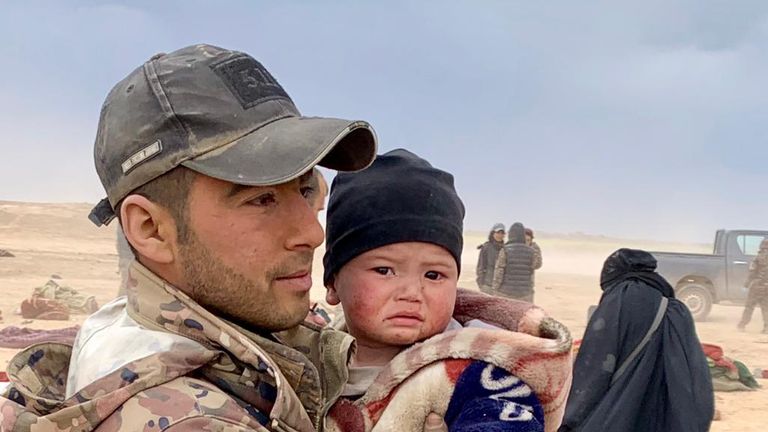 But this is where they stay until they are processed.

Eventually the IS families, injured children and women, are bundled into trucks to be taken to refugee camps.

The sound of crying is constant.

Some will not make the six-hour journey to the north.