If the controversy over Bruce Pascoe’s Dark Emu has revealed one thing, it’s that labels like ‘farmer’ and ‘hunter-gatherer’ have impeded our understanding of the Australian past. It’s time to move on from them.

Pascoe’s book has been a revelation for many. Dark Emu is undoubtedly the most popular in a series of publications since at least the 1960s – mostly academic – that have pondered whether, before colonisation, Aboriginal Australians were farmers. 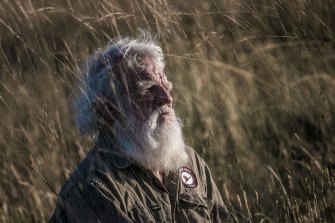 Bruce Pascoe on his property Yumburra near Mallacoota. Credit:Justin McManus

Pascoe drew heavily on a 2008 book by the late Rupert Gerritsen called Australia and the Origins of Agriculture. In that book, Gerritsen highlighted yam cultivation in southwest Western Australia, grain cultivation in central Australia, irrigation systems in western Victoria, and widespread reports of villages and settlements.

The evidence and materials for such practices are well-known and have been debated and disputed for many decades. The broader point Gerritsen wanted to make was that some scholars have looked at these things through the lens of a hunter-gatherer framework, limiting their ability to see agricultural society on the Australian continent.

This is much the same point Pascoe makes in Dark Emu, using much the same evidence. It is also similar to Bill Gammage’s argument in The Biggest Estate On Earth, from 2011.

The goal of all of this was to overturn the image of ‘primitive’ Aboriginal Australian hunter-gatherers. Pascoe writes in Dark Emu that settler and explorer journals revealed to him “a much more complicated Aboriginal economy than the primitive hunter-gatherer lifestyle” he had been taught about. 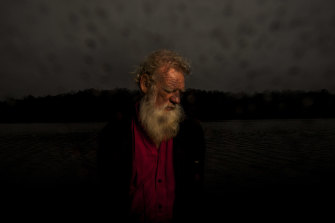 The problem for this is that scholarship and education has long since moved away from such images. Strict categories like ‘agriculturalists’ and ‘hunter-gatherers’ are no longer current. Instead, the focus is on describing actual practices, not simply finding the best label. There are some important reasons for this.

First, the best evidence tells us that Aboriginal Australian land use and resource management was and is successful because it was highly adapted to local conditions. The Australian continent is vast, and home to a wide array of climates and ecosystems.

A criticism of Gammage’s The Biggest Estate on Earth was that he appropriated observations from one area and applied them to another, thereby jettisoning one of the remarkable features of Aboriginal ecological knowledge, which is how well attuned to local environments it is.

There is disparate evidence of cultivation, domestication, sowing, storage, surpluses, trade and settlements. The nature of some of these observations and materials continues to be debated, but it’s not disputed that Aboriginal Australians managed their landscape ingeniously and engaged in highly effective food intensification practices. The problem is that extrapolating various practices to the entire continent goes against the very localised nature of Aboriginal ecological knowledge and practice.

Second, in any debate that adheres strictly to categories like farmers or foragers, there is a tendency to place agriculturalists above hunter-gatherers. This has been the point of books like Dark Emu: to show that Aboriginal Australians were not ‘merely’ hunter-gatherers.

A concern is that imposing a hierarchy on cultures and societies in this way is an essentially late-18th and early-19th century European idea. Enlightenment-era thinkers developed a view of history and human development that progressed through stages, from foragers and hunter-gatherers through to agriculturalists and, finally, modern commercial society.

For many of these thinkers, it was during the agricultural phase of a civilisation’s development that private property could be said to have emerged. It’s been argued that the perceived lack of cultivation and domestication in Australia was a key reason that Aboriginal land and property rights were not recognised.

It may seem curious to deploy such a worldview in this way, but it is not unreasonable to think that Pascoe knew exactly what he was doing here. He was turning a colonial argument on itself, and forcing readers to rethink what they knew. 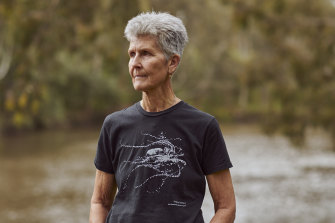 A new critique of Dark Emu by anthropologist Peter Sutton and archaeologist Keryn Walshe partly argues that, if we reject the colonial view of civilisational hierarchies, there is nothing wrong in describing Aboriginal Australians as hunter-gatherers – their knowledge and practices should be celebrated as they are.

This is not an unreasonable view, and there is also merit to the idea that Dark Emu may have reinforced the old farmer-versus-forager distinction. Pascoe has welcomed a good faith debate on the matter.

Nevertheless, these categories carry significant cultural baggage. Both the agriculturalist and the hunter-gatherer views have been subject to criticism. But we can become so focused on the labels that we lose sight of the phenomena they seek to describe.

Perhaps it’s time to move away from mere categorisation, and to see Aboriginal Australian land and resource management in all its variety and ingenuity. In seeking a better public understanding of the Aboriginal Australian past, it’s clear that the debate over which label best fits – farmers or foragers – has obstructed the way.

Ben Wilkie is a historian and Honorary Associate at La Trobe University’s Centre for the Study of the Inland. His most recent book is Gariwerd: An Environmental History of the Grampians.