Havana: The streets brimmed with people going about their day, hauling handcarts of fruit down narrow side streets, shuffling along sun-faded esplanades, waiting impatiently at the crosswalks of busy intersections.

The new president of Cuba — the first non-Castro to lead the nation in decades — was talking. But no one seemed to be listening. The televisions at the bus station were tuned to other channels, while cafes airing his first remarks as president appeared largely empty. Radios, at least those in public areas, garnered little attention. 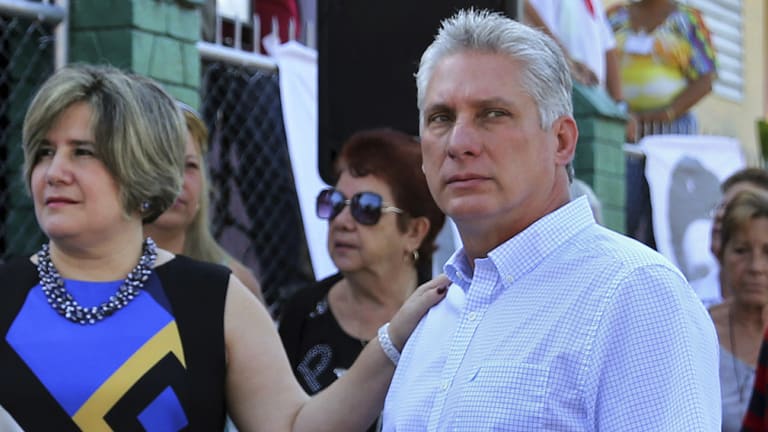 Miguel Díaz-Canel Bermudez, who became Cuba’s new president on April 19, has spent his entire life in the service of a revolution he did not fight.

In the midst of yet another historic moment on an island with its fair share of firsts in recent years, the anointment of a new president last week passed with little fanfare in the capital.

Instead, a collective sense of apathy seemed to permeate Havana, a feeling that appeared to have been fostered, at least to some degree, by the government itself. There were no big public events to mark the arrival of President Miguel Díaz-Canel Bermúdez, the flag bearer of Cuba's new generation of leaders, or any banners in sight to fete him.

Rather, the long-awaited transition was a seamless and carefully managed affair, cloaked in the quiet formalism of a modest ceremony before the nation's national assembly.

"In other countries, when a new president is elected, it brings change in one form or another," said Jose Luis Armenteros, 28, a psychologist taking a smoke break Thursday afternoon, the day Díaz-Canel became president. "Here, a new president comes and no one believes there will be change."

He stood in the sun accompanied by his friend Ulises Menendez, an electrician, who nodded quietly and added: "Illusions are a terrible thing in Cuba. You cannot have them because you never know what will happen, and we are tired of disappointment."

There is a serious lag between change at the top and change on the bottom in Cuba. 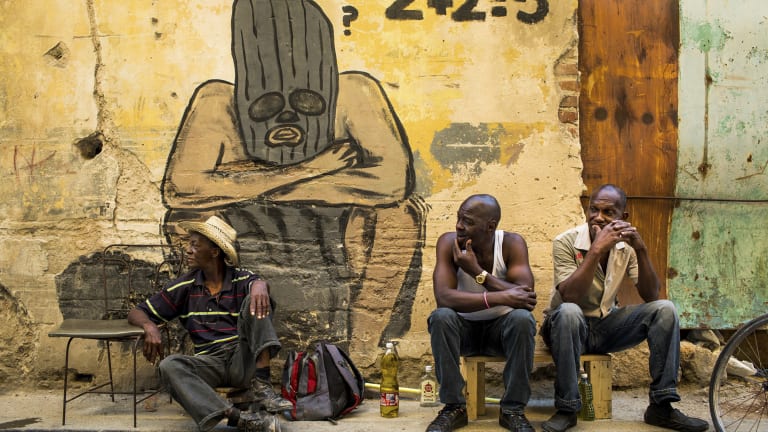 Men sell cooking oil and drink rum in front of a mural by a local street artist in Old Havana.

After Raúl Castro officially took over the presidency from his brother Fidel in 2008, he pushed through unprecedented reforms to open up the economy and chart a new future. That included brokering a deal to make peace with the United States, which paved the way for a flood of well-heeled American visitors that is now, under President Donald Trump, slowing drastically.

Here on the island, many feel deflated by so much promise with so little impact on their daily lives. They express a sense of hopelessness — a disappointment more deeply felt because of all the anticipation that preceded it.

Those economic reforms? Some have failed to materialise, while the most successful — the issuing of licences to start small businesses — has all but stalled as the state deliberates how to move forward. The rapprochement with the US? Trump all but torpedoed it, at least in tone. Even the island's historic escape valves — visas and undocumented migration to the US — have been turned off. 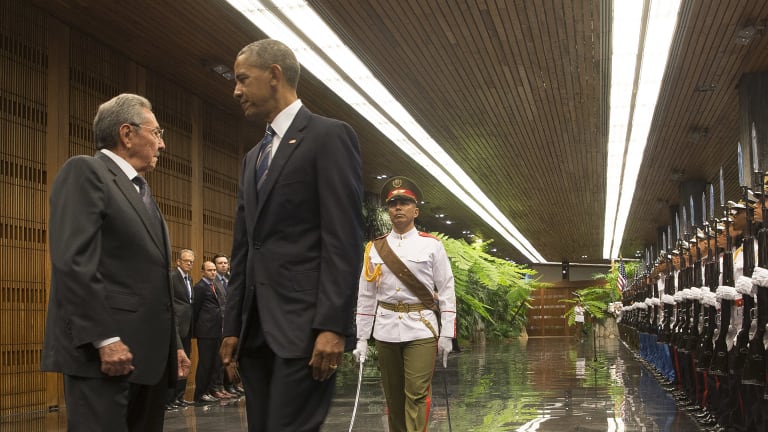 President Barack Obama and Cuban President Raul Castro during a welcoming ceremony at the Palace of the Revolution in Havana, Cuba, March 21, 2016.

In the most recent blow, the US Embassy in Havana vastly reduced its staff and stopped issuing visas to Cubans after dozens of its personnel were mysteriously sickened in what the State Department has described as attacks of unknown origin.

Without an operating consular office, Cubans had to travel to Colombia this year to even apply for their visas, a costly endeavour considering that their average salaries amount to about $US1 a day. Today, that pipeline has been blocked, too. Visa issuance for Cubans hoping to visit their families in the US is now being done from Guyana.

In the first quarter of 2018, visits to the island from non-Cuban Americans dropped nearly 60 per cent, according to government figures.

For Cubans who have been fortunate enough to find work in the booming tourism industry, the results have been devastating. 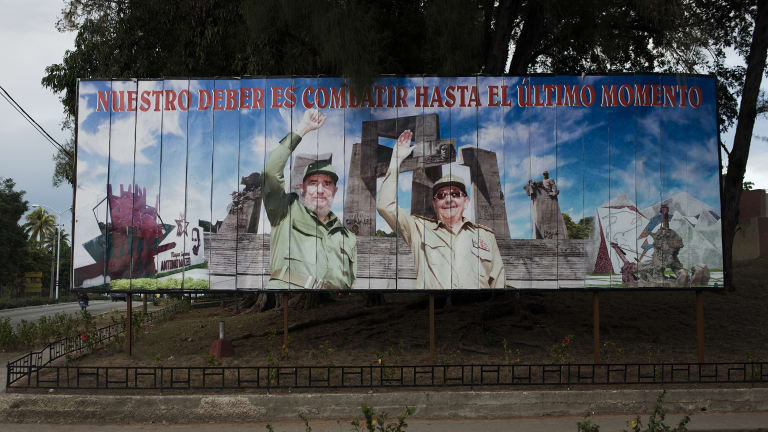 A billboard featuring Fidel and Raul Castro, reading “Our duty is to fight until the last moment,” in Holquin, Cuba, in 2014.

Náyade Triniño Ginori, a 44-year-old teacher who joined the wave of private sector opportunities as a tour guide, says she has not hosted a group of Americans since June. While leading tours, she earned about $US100 a day, an enormous sum in Cuba — 100 times her state salary as a teacher.

"Because of the policies of the new US president, I'm out of work," she said.

For now, she has decided to return to teaching, at a slightly better salary than before, but nowhere near what her tourism job paid.

Feeling trapped is nothing new to Cubans. Many stayed in the country during its toughest periods either because they could not find a way to leave or because of their commitment to the ideals extolled by Fidel Castro.

But today, some feel as if they are in a pressure cooker, or a fishbowl, looking out at the world from the confines of Cuba yet unable to participate.

Alejandro Rodriguez, 29, a popular DJ in Havana, scrolled through his Facebook feed on a recent night with envy.

He shook his head.

"He's gone, she's gone," he said, ticking off the friends who have fled. "People are leaving any way they can."

Midway through a scroll, he stopped.

"This guy just claimed political asylum in France on his layover to Russia," he said with grudging admiration. "What a move."

The very idea of a political transition to a new Cuban president makes little sense to him — especially one he expected to propagate the same reality.

"I didn't even know there was this transition happening, and I would bet that most of my neighbours didn't know either," he said. "It's not that it's not important. It's just that whatever happens up there doesn't trickle down to us. So why does it matter?"