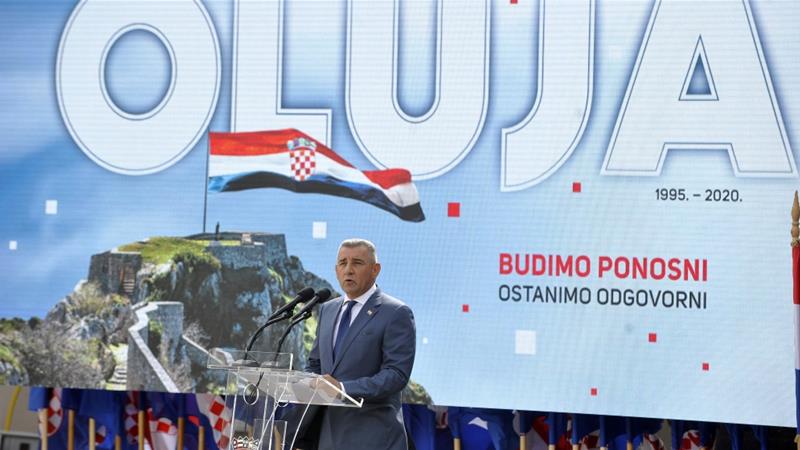 Despite mounting criticism, Croatian President Zoran Milanovic has presented an award to a Bosnian Croat war crimes suspect “for his contribution to the liberation of Croatia”.

Milanovic decorated Zlatan Mijo Jelic, a retired general of the Croatian Defense Council (HVO), at a ceremony on Tuesday in the Croatian city of Knin marking the 25th anniversary of the country’s victory over rebel Serbs during the war in 1995.

HVO was the military of the Croat wartime secessionist Herceg-Bosna territory, which has been declared a joint criminal enterprise by the International Criminal Tribunal for the former Yugoslavia (ICTY). The goal of this enterprise was to create a Greater Croatia on Bosnia and Herzegovina’s territory by ethnically cleansing Bosniaks (Bosnian Muslims) from the region, according to the ICTY.

At the ceremony, Milanovic also awarded four brigades of the HVO and the Special Police Unit of Herceg-Bosna.

Bosnia’s state prosecution indicted Jelic in 2016 over alleged war crimes against Bosniaks in the southern city of Mostar between 1993 and 1994.

According to the charges, Jelic ordered the commander of the Croat-run Heliodrom detention camp in Mostar to have Croat forces take Bosniak detainees to the front line in and around Mostar for forced labour work.

The prosecution estimates that at least 50 people were killed and 188 were wounded as a result, while some 40 people were tortured and physically abused by Croat forces.

Jelic has refused to stand trial and denies the charges. He moved to Croatia in 2012 and renounced his Bosnian citizenship, according to Trial International, an NGO fighting impunity for international crimes.

The ICTY has confirmed that Croat forces regularly took Bosniak detainees from Croat-run camps for labour work during the internationally-armed conflict in the early 1990s. The detainees were forced to dig trenches on the front lines, where they were used as human shields.

Eric Gordy, professor at University College London’s School of Slavonic and East European Studies, told Al Jazeera that the Croatian government’s public displays of support for alleged perpetrators of such acts “shows contempt for the public, who they seem to think will excuse demonstrated criminality in the name of ethnic pride”.

In the days prior to the ceremony, the Bosniak and Croat members of Bosnia’s presidential administration warned against the “humiliating” move, saying it would further deteriorate relations between the two countries.

Bosnia’s opposition Social Democratic Party (SDP), of which the Croatian president is also a member, had also condemned the plan to award Jelic. 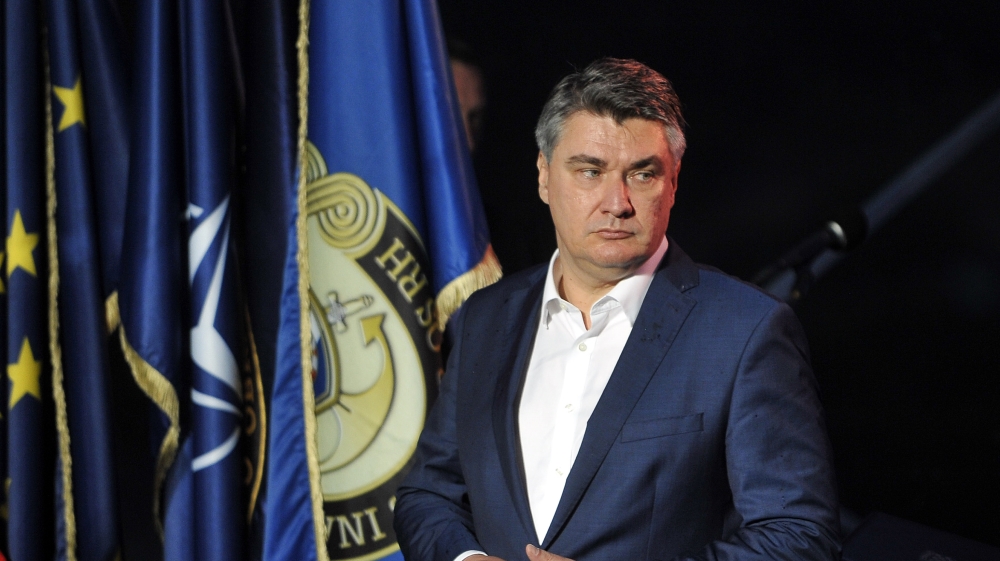 “[With this,] you will show that you are aware and confronted with the fact that war crimes committed by members of the Croatian Army and armed formations are not political constructions of prosecutors and ICTY judicial councils, but the harsh reality of Croatian history,” the letter stated.

“Let Croatia be a country which will in the region, Europe and in the world be known for successfully building peace and not for insisting on the relativisation of war crimes and criminals,” it said.

Despite the appeals to rethink his decision, Milanovic at the ceremony called the criticism an attempt “to portray the Croatian liberation war as a criminal enterprise”.

“Luckily … it didn’t work. The Croatian war was a just war … 25 years since the war, it’s my honour to decorate Croatian troops from Bosnia and Herzegovina,” Milanovic said.

In a 2017 ruling, the ICTY confirmed that then-senior leaders of the Republic of Croatia “were key participants in a joint criminal enterprise to ethnically cleanse Bosnian Muslims through the commission of crimes against humanity, grave breaches of the Geneva Conventions and other war crimes”.

The ICTY affirmed that the aggression against Bosnia was an “international armed conflict because Croatia exercised overall control over the HVO, which committed widespread crimes”.

“More senior and mid-level officials and commanders must still be brought to justice for these crimes. Many are within reach of Croatian judicial authorities,” the statement read.

From 1992 to 1995, Bosnia was attacked by both Serb and Croat forces aiming to carve it up into a Greater Serbia and a Greater Croatia, respectively.

Reuf Bajrovic, a former politician in Bosnia and co-chair of the US-Europe Alliance, called Milanovic a “war crimes denier” whose apparent goal “is to redefine the nature of the war in Bosnia by revising Croatia’s role in the aggression against Bosnia”.

“The most disturbing aspect of Milanovic’s revisionism is the fact that EU [European Union] officials have not criticised similar behaviour of Croatian officials in the past,” Bajrovic told Al Jazeera.

No EU official has made any remark on the controversial awarding ceremony.

“Germany’s role is especially important here because it has a historic responsibility to raise its voice against glorification of international aggression, such as Serbia’s and Croatia’s against Bosnia,” Bajrovic said, referring to Germany’s history with the Holocaust.

Bosnia’s Minister of Foreign Affairs Bisera Turkovic said that bringing those accused of war crimes before courts in Bosnia has failed in many instances as a vast number of them have fled to Serbia and Croatia, where they remain in hiding.

“Dual citizenships with those countries made it impossible for the [Bosnian] Prosecution Office to bring them back to Bosnia, since both countries refused to extradite their citizens for standing trials for crimes committed elsewhere,” Turkovic said.

“Honouring and decorating potential war criminals sheds darkness onto the victims’ quest and demands for justice,” Turkovic added. “This insincerity of the Croatian president’s intent to award the medal to someone who actively escapes justice continues to permeate the ‘injustice framework’ and shows no signs of weakening, which worsens our prospects for regional reconciliation.” 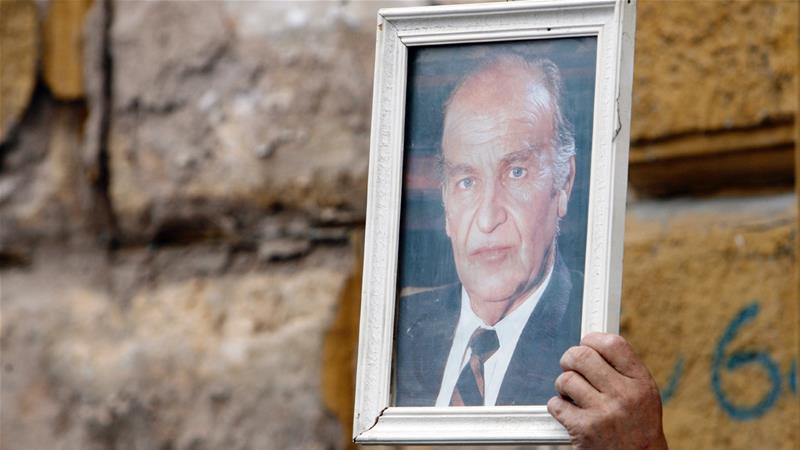