The criminal justice system was today accused of ‘failing to deliver for victims’ as new data revealed the speed at which rape cases were concluded had worsened due to court delays.

The performance ratings – published for the first time on Thursday – show ‘we are yet to see positive impacts’ on how rape cases are being handled, the Government said.

Publicly released figures show it took more than 15 months (457 days) on average from a suspect being charged with rape to the case concluding in a crown court during April to June.

It also emerged that the Crown Prosecution Service was set to miss out on rape prosecution performance targets as a record-breaking total of rape offences, 61,158, were recorded in the year ending June 2021.

Justice Secretary Dominic Raab admitted on Thursday that Britain had a ‘moral duty’ to do better for victims and that there were parts of the system that were ‘failing to deliver’.

It comes as the number of adult rape cases waiting to go to trial continued to pile up, with more than 1,300 waiting to be dealt with between April and June – more than double the same time period from two years ago. 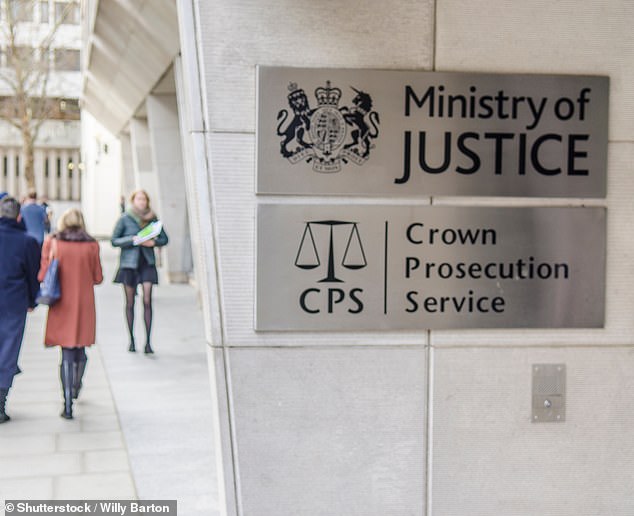 The Crown Prosecution Service is set to miss out on rape prosecution performance targets as a record-breaking total of rape offences, 61,158, were recorded in the year ending June 2021

The speed at which the Crown Prosecution Service (CPS) made a charging decision rose over the first six months of 2021 but in April to June still stood at 122 days (around four months) after receiving a referral from police. This is eight days longer than in 2019 (114 days).

The proportion of such cases which led to a charge fell from 4.1% in January to March to 3.6% in the following three months, but is still slightly higher than in 2019 (2.8%).

All the data contained in the scorecard – from the Ministry of Justice, the Home Office and the CPS – is already publicly available.

The Government said it is collected in one place for the first time to make it more accessible and to provide future comparisons.

Earlier this year, Priti Patel and Robert Buckland apologised to rape victims after they admitted they were ‘deeply ashamed’ after a review found that just 1,439 rapists out of 128,000 rapes committed in the past year were convicted.

A 60-page review revealed that 57 per cent of rape victims withdraw from their cases because they feel judged or disbelieved, fear for their mental health, and cannot face the trauma of a trial.

In a separate report, also published on Thursday, Justice Secretary Dominic Raab said the scorecards pinpoint ‘where the system is failing to deliver for victims’.

The six-month progress update on the Government’s first end-to-end rape review acknowledged the rape scorecards demonstrated ‘that we are yet to see positive impacts against key metrics in the system’.

It added: ‘That is not surprising: we are still in the implementation phase of the review, and we have been upfront that the culture change needed – across the criminal justice system – is significant.

‘However, we expect this to improve incrementally as the delivery of actions progresses.’ 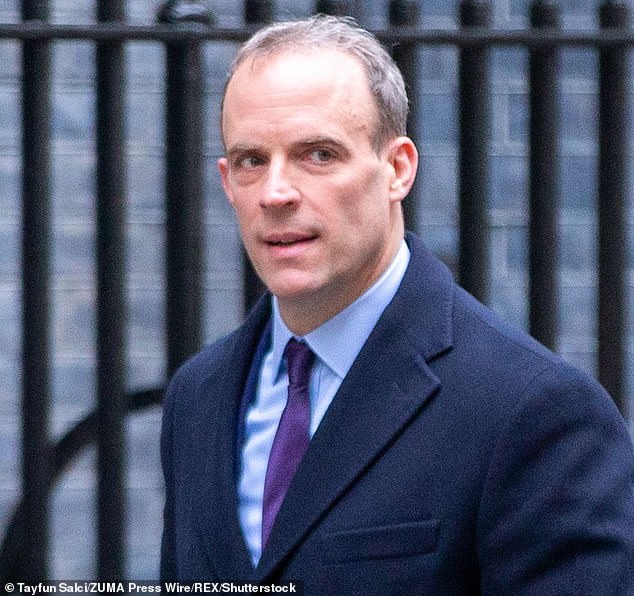 Speaking in the Commons last month, Mr Raab said the scorecards would aim to improve the Government’s dismal record on rape, giving ‘victims the confidence to come forward and get prosecutions to court’.

Deniz Ugur, deputy director of the End Violence Against Women coalition, said she was concerned about the way the data was presented.

She said: ‘Given that the purpose of these scorecards is to increase accountability and enable greater scrutiny of our justice agencies, we’re concerned and disappointed with the way in which the data was presented.

‘The data contained comparisons with inconsistent baselines (2016 and 2019) and reporting periods (annual as well as quarterly data periods), and calls into question whether the data was presented in this way to distract from and obscure poor performance in charging, prosecution and convicting rape.

‘It is critical for public accountability that such important data is presented transparently and clearly, with due consideration for accessibility, including the needs of disabled women and those with English as a second language.

‘We urge Government to consult with expert women’s organisations and rethink their approach to the rape scorecards.’