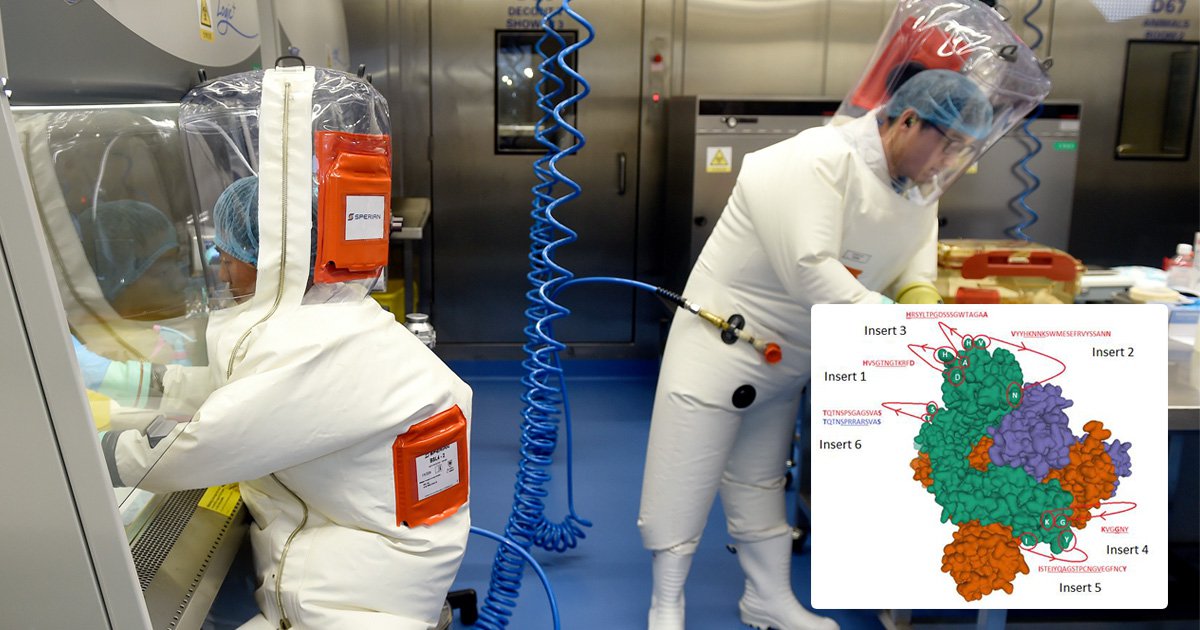 Chinese scientists created Covid-19 in a Wuhan lab and then tried to cover it up, an explosive new study has alleged.

British Professor Angus Dalgleish and Norwegian scientist Dr. Birger Sørensen are about to publish their research which claims to have found ‘unique fingerprints’ in virus samples which point to manipulation in a laboratory.

The paper says scientists inside the lab were altering naturally-occurring viruses to make them more infectious in order to study their potential effects on humans.

They say Covid-19 was created by splicing a natural coronavirus ‘backbone’ found in Chinese cave bats onto it a new ‘spike’ and it escaped via lower-security areas of the institute.

Scientists then tried to cover their tracks by reverse-engineering versions of the virus to make it look like it had evolved from bats, the research claims.

The study, seen by the Daily Mail, was spurned by mainstream journals and academics but is now set to be published in the Quarterly Review of Biophysics Discovery.

It marks the latest sign that the theory that Covid 19 was made in a lab – until now dismissed as outlandish by politicians and scientists alike – is gaining traction.

The United States and Britain are stepping up calls for the World Health Organisation to take a deeper look into the possible origins of the virus, including a new visit to China.

US president Joe Biden on Wednesday ordered aides to find answers, saying U.S. intelligence agencies were pursuing rival theories, potentially including the possibility of a laboratory accident in China.

China has always denied the claims and has dismissed suggestions the origins of the virus should be re-investigated.

They say that it is ‘beyond reasonable doubt’ that the virus was created through ‘laboratory manipulation’.

The pair were studying samples of the virus while working on a Covid vaccine when they say they discovered evidence that points to human interference.

Their study details what they call ‘deliberate destruction, concealment or contamination of data’ at Chinese labs, and the disappearance of scientists who spoke out.

Attention has shifted again to Covid’s origins this week after the Wall Street Journal published an intelligence report which found that several researchers at the Wuhan institute were hospitalised with illness in November 2019.

It’s after WHO and Chinese experts issued a report in March that laid out four hypotheses about how the pandemic emerged.

The joint team said the most likely scenario was that the coronavirus jumped into people from bats via an intermediary animal, and the prospect that it erupted from a laboratory was deemed ‘extremely unlikely.’

Dalgleish and Sørensen allege the Wuhan institute was engaged in ‘Gain of Function’ research, a practice temporarily banned by the Obama administration in the US.

This involves tweaking naturally occurring viruses to make them more infectious, so that the potential effect on humans can be studied.

The study’s authors say a raft of new strains were suddenly entered into gene databases by mostly Chinese scientists in early 2020, years after they were recorded as being collected.

Dalgleish told DailyMail.com: ‘We think that there have been retro-engineered viruses created. They’ve changed the virus, then tried to make out it was in a sequence years ago.’