That’s put a damper on it! Couple’s romantic dinner is ruined when waves crash into lakeside restaurant and flood it

A couple’s romantic dinner at a lakeside restaurant was ruined when waves crashed into it and flooded it.

Anna Eklow, 30, and husband Erik, 29, from London, had hoped to enjoy a tasty meal at Kaneo Restaurant, which overlooks the picturesque Lake Ohrid in Ohrid, North Macedonia.

But a huge bombardment of waves smashed against the windows and the restaurant soon became overwhelmed. 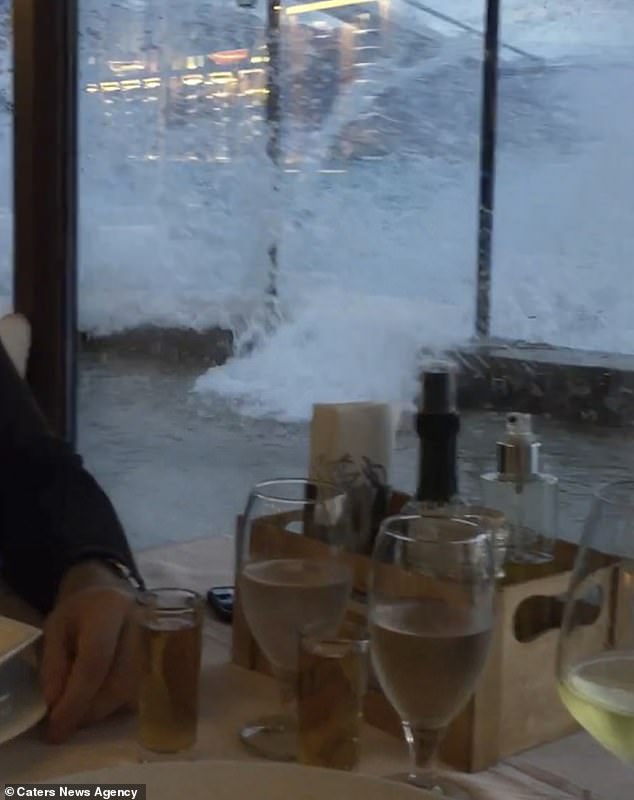 Anna Eklow, 30, and husband Erik, 29, were at Kaneo Restaurant in Ohrid, Macedonia, when it flooded

The couple were sat next to the windows as waves can be seen crashing up against them.

One waitress can be seen standing in a puddle of water while serving customers. A few seconds later, there is the sound of a customer crying out and more water comes in. 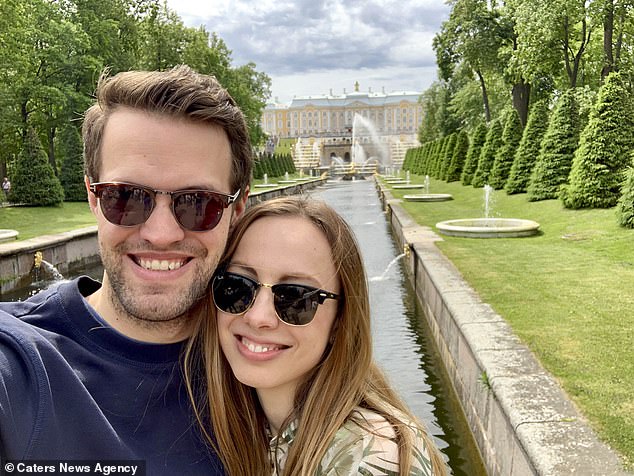 Ms Eklow (pictured with husband Erik) said: ‘It was quite an experience seeing Ohrid in terrible weather. At least now we’ve seen something that most tourists haven’t’

‘Everything was damaged in the restaurant; the furniture, the bar, equipment, as water seeped in everywhere.

‘The manager of the restaurant and the staff were all devastated.

‘It was quite an experience seeing Ohrid in terrible weather. At least now we’ve seen something that most tourists haven’t.’

At the end of the clip, staff and customers are standing and moving chairs from the water. 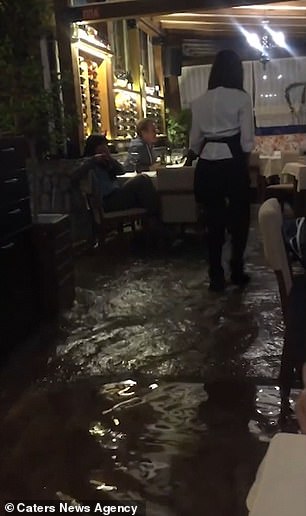 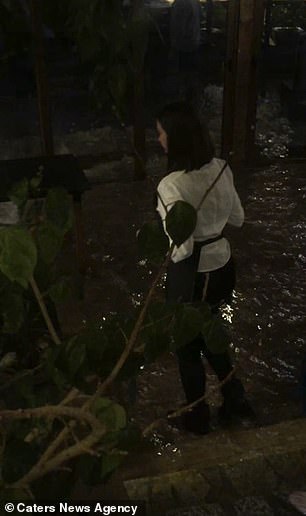 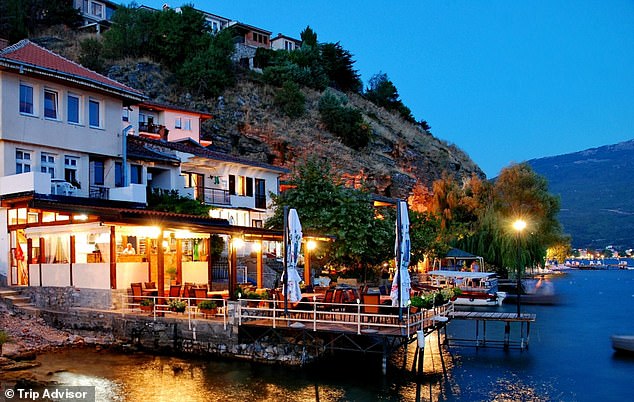 The restaurant overlooks the picturesque Lake Ohrid in Ohrid, Macedonia