Live music venues in Melbourne’s inner south could get council backing to keep the volume pumping, even if the blow-ins next door kick up a fuss about sleepless nights.

In what would be a first for Victoria, the City of Port Phillip wants to create “live music precincts” in popular strips such as Fitzroy Street and the Esplanade in St Kilda, with pubs and clubs that host live performances to get some protection against noise complaints. 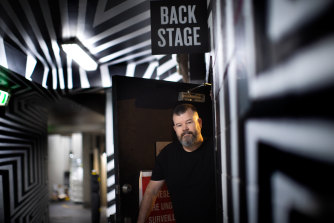 Council planning decisions would be likely to favour live music venues over nearby developments, the venues would be protected from demolition and the council would make developers of new residential buildings take responsibility for installing high-level noise insulation.

Residents and businesses in the precincts would not be exposed to unreasonable levels of noise, the council said, and the plan would roll out new guidelines for complaints and help for venues to manage sound levels.

Andy Mullins, co-owner of the Hotel Esplanade, said live music was at the heart of St Kilda’s culture.

“If you chose to live in these beautiful vibrant areas, you have to support the very thing you moved there for,” Mr Mullins said. 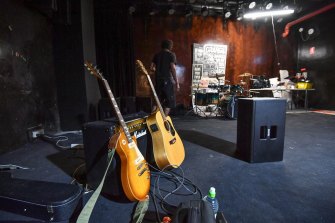 Live music is a feature of St Kilda venues such as the Espy.Credit:Joe Armao

“If you are going to decide to buy property in that street, you do it because you want to know at 3am there is still going to be 15,000 people on the street.”

The proposal, contained in the council’s draft Live Music Action Plan, is based on entertainment precincts that Brisbane City Council introduced in Fortitude Valley in 2006.

Port Phillip’s four-year plan will go to a council vote on Wednesday evening and would require it to work with Music Victoria and the state government to make any planning scheme amendments when the locations of the precincts are determined.

James Power, live entertainment director at the Prince Bandroom in St Kilda, said noise complaints were an ongoing part of managing the venue. 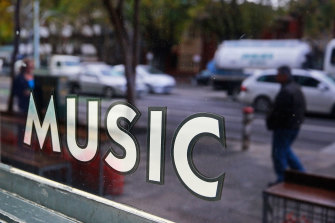 Music is at the very heart of St Kilda. The window of the Prince of Wales Hotel on Fitzroy Street.Credit:Scott Barbour

“They are consistently a factor,” Mr Power said. “We want our neighbours to be happy but it can be a very time-consuming process.”

He said the venue supported the proposal and assistance for the live music sector, which is still reeling from coronavirus restrictions that have kept its standing audiences at 30 per cent capacity.

“There is a lot of inconsistency and uncertainty at the moment,” he said.

St Kilda Live Music Community vice-president Michelle Nicol said the group had pushed for the precincts for about seven years.

“Any venue is vulnerable to the threat of a complaint and the way many venues respond to that is by choosing to discontinue music,” Ms Nicol said.

Thousands of people protested in 2010 against the effect of liquor licensing laws on the city after the closure of Collingwood’s Tote Hotel, which later reopened under new management.

The City of Port Phillip received 61 responses to a survey on its draft plan and nearly 100 pieces of feedback, which found 65 per cent of respondents supportive or very supportive of the plan.

“More and more venues play recorded music in the background. That’s not a good outcome for artists,” said Port Phillip mayor Louise Crawford who wants the council to be “smarter about the situation”.

“What they did in the Fortitude Valley was try to resolve the conflicts and challenges with residents in live music areas and find it a benefit for everyone,” Cr Crawford said.

“It is trying to resolve the issues for everyone to find a fair balance.”