New York City cops made 350 "random stops" this week on cars coming into the city to make sure motorists were following the state's quarantine rules.

Travelers coming from 35 states with high rates of COVID-19 infections are now required to quarantine for two weeks to slow the spread of the disease. 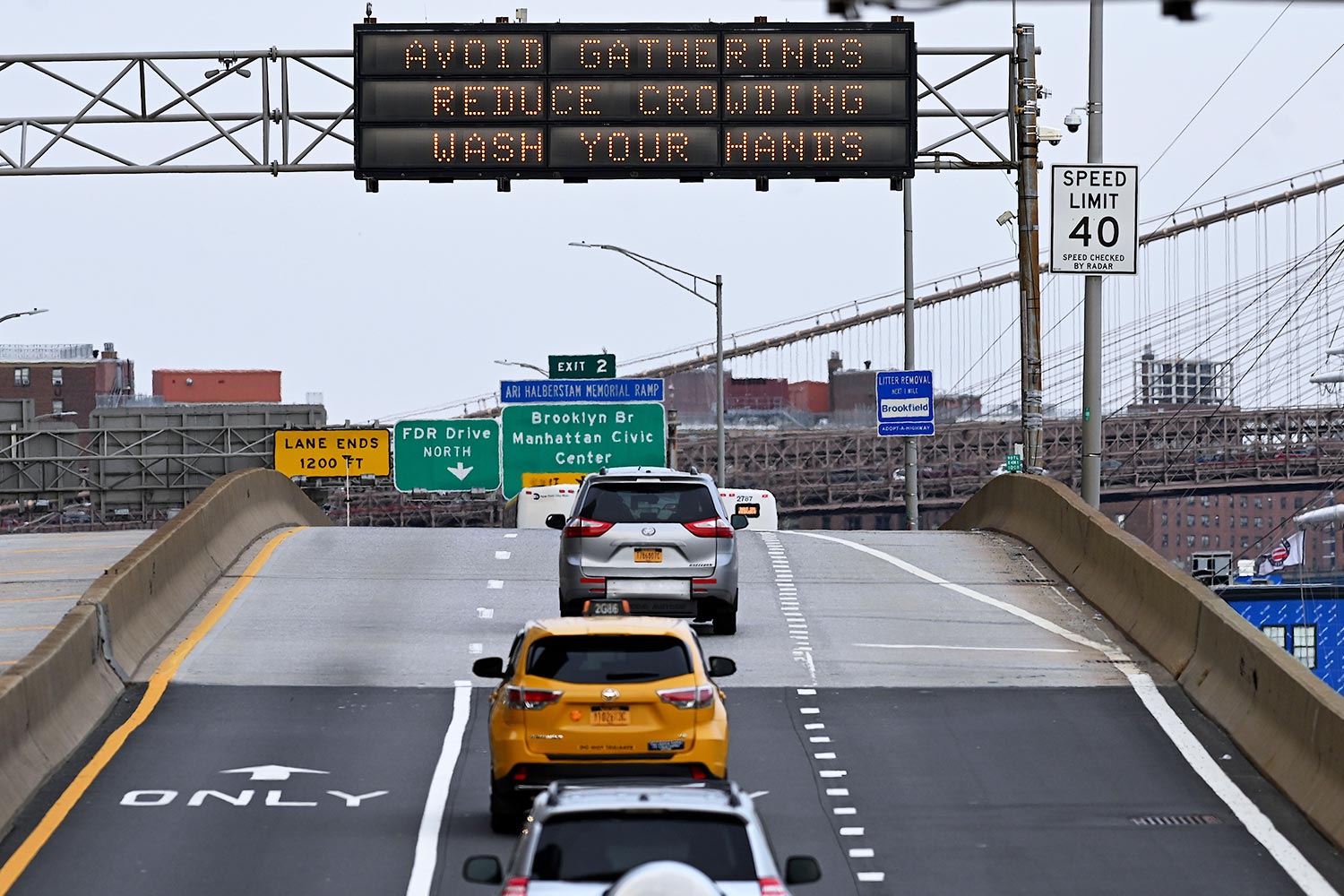 The city is setting up "traveler registration" checkpoints so that any traveler who has visited one of these states fills out a "traveler health form," Mayor Bill de Blasio said in a press conference Wednesday.

Breaking quarantine will come with a $10,000 fine. There are no known instances yet of this penalty being applied.

One in five new coronavirus infections in the city came from an out-of-state traveler, city officials said last week.

The city and state are tightening up public health measures after reopening gradually throughout the summer, with de Blasio renewing the local state of emergency on Aug. 6.

“New York City is holding the line against COVID-19, and New Yorkers have shown tremendous discipline,” de Blasio told media. “We’re not going to let our hard work slip away."

The city is home to the county with the most deaths in the entire country–Queens, which lost 5,965 residents to the disease.

Gov. Andrew Cuomo declared on Sunday that the NYPD needed to step up enforcement of social distancing rules to keep down infection rates.

The most recent infection rate is 0.78 percent out of 65,812 tests as of Saturday, Cuomo said.

But despite the low infection rate, seven people died of the virus Saturday as the death toll slows but does not stop.

New York State is deploying a "Test and Trace" program to trace the spread of the virus and tell people who have been in contact with confirmed cases to quarantine.

The program is sending quarantine "care packages" to people who test positive for the virus and their contacts. The packages include masks, sanitizing wipes, hand sanitizer, thermometer and a pulse oximeter.