POLICE hunting a missing teenager are visiting coordinates of her childhood holiday destination – which appear in her TATTOO.

Celeste Smith, 19, was last seen on Tuesday after reportedly discovering she was pregnant with her ex-boyfriend's baby. 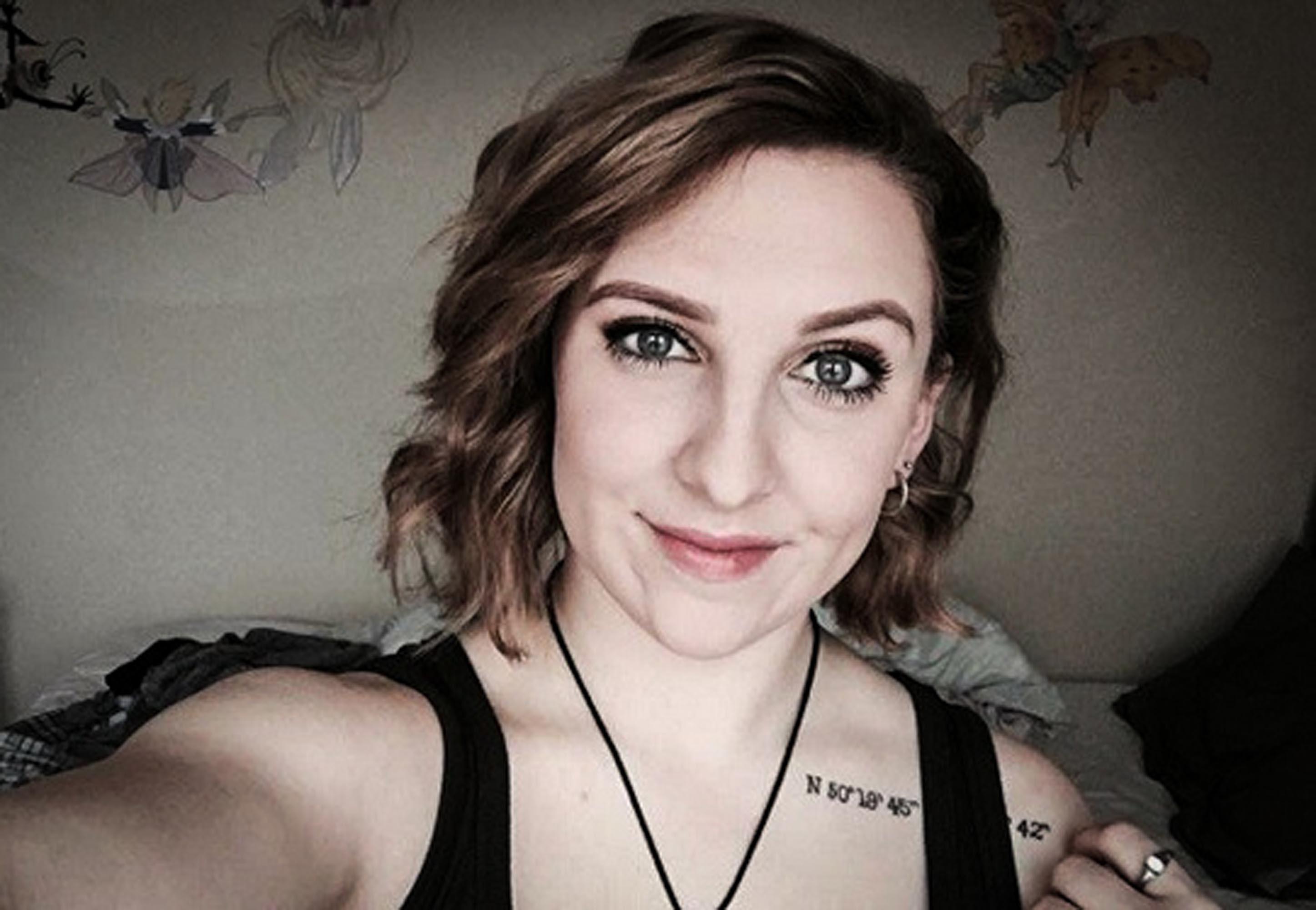 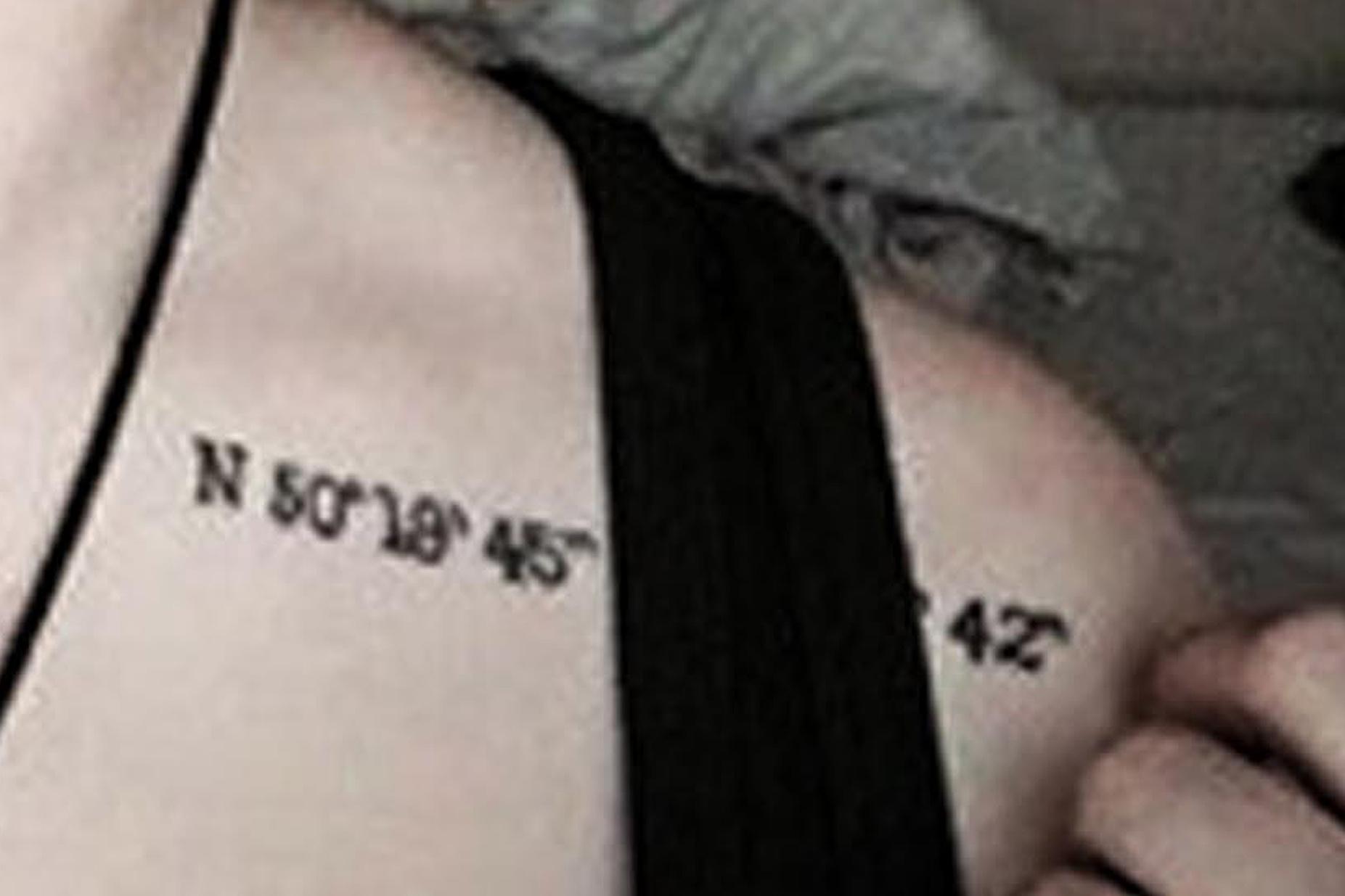 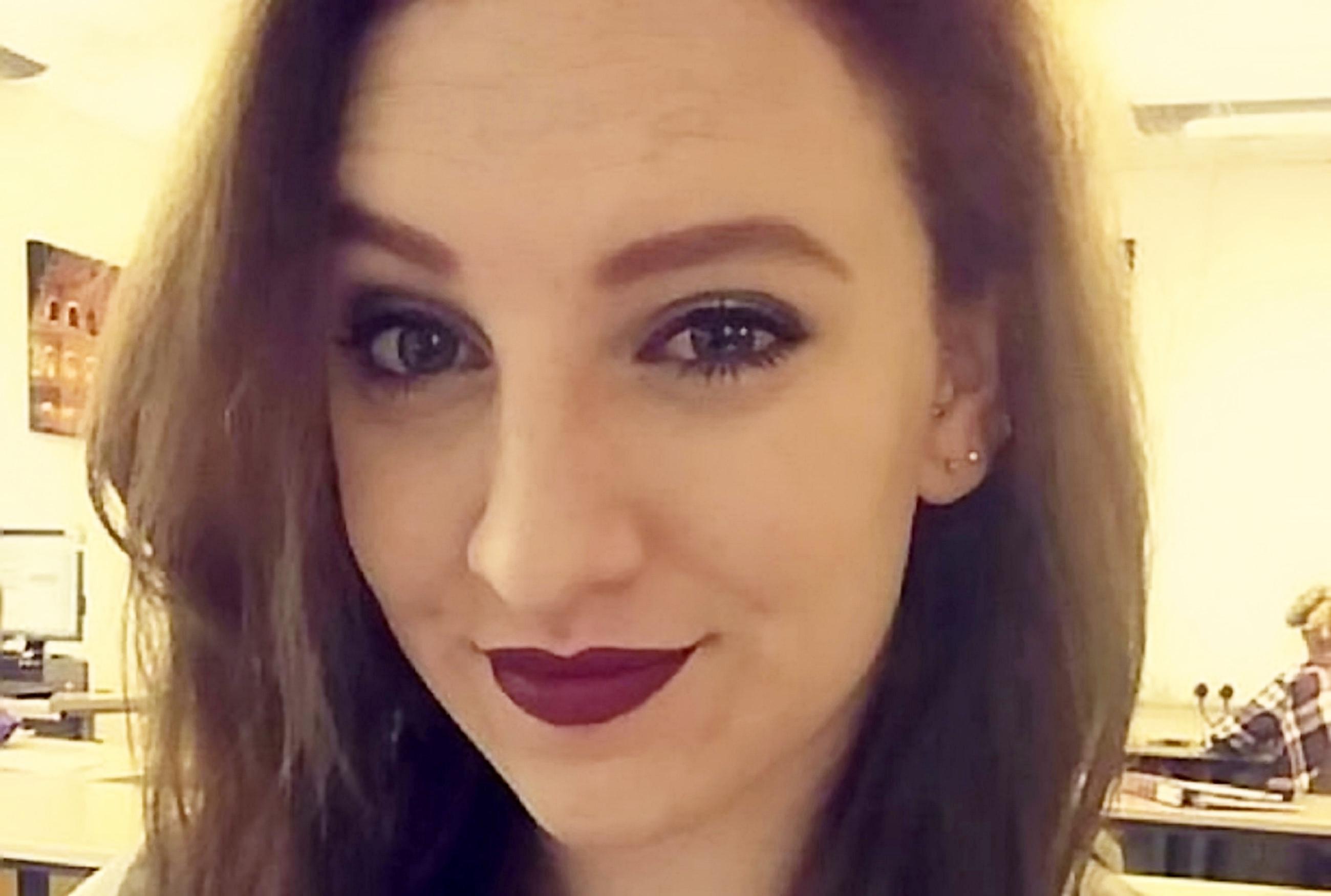 Lifeguard Celeste was last seen with two friends at a property in Gasking Street in Plymouth on Tuesday afternoon.

The teen told her mum Julie Smith, that she would be staying at a friend’s house for the night.

But after she failed to go home or meet with friends the following day a frantic search was launched and the case was escalated to 'high-risk' by police. 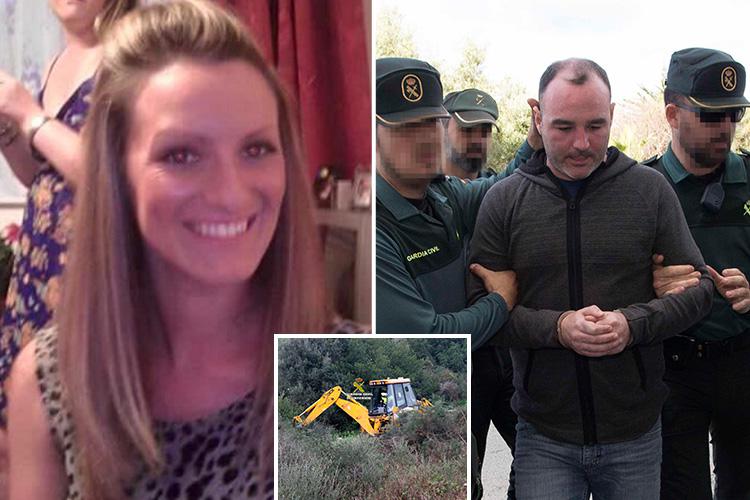 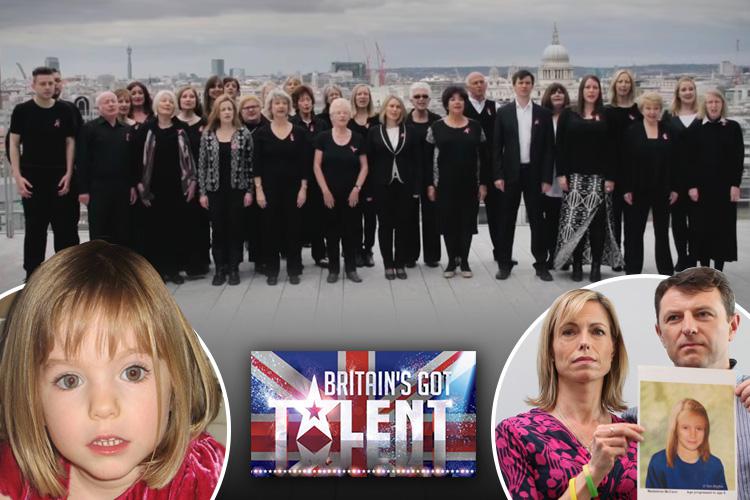 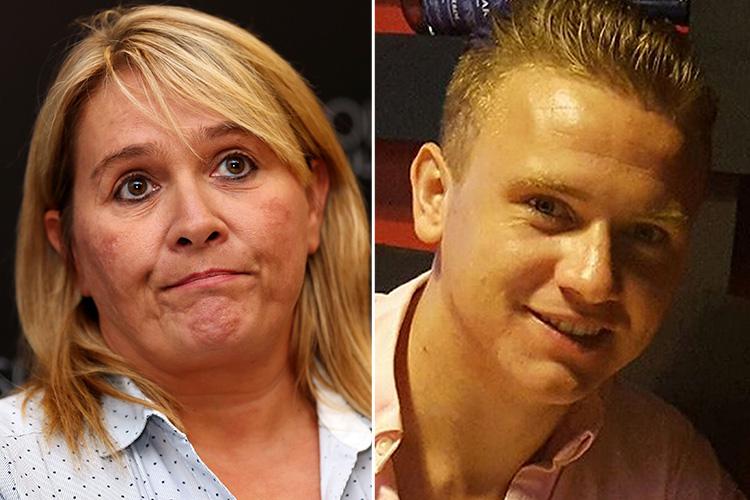 Now police are investigating the co-ordinates tattooed on her shoulder in the hope of finding her.

Celeste, of Saltash, Cornwall, has the grid reference for the picturesque Readymoney Cove in Fowey inked on her left shoulder.

Her mum Julie, 52,  revealed today: "As a child, we would take Celeste down there.

"It was one of her favourite places. She had the coordinates tattooed on her shoulder.

"The police have been down there and they have done searches and haven't found anything. We just hope to god she is not outside in the elements."

Mum-of-two Julie added: "We are fluctuating from feeling utter despair to hopelessness to being hopeful we will see her. It's a wide range of emotions.

"We will support her with whatever issues she wants to deal with. Her family love her and are here for her and we just want her home. We are behind her 100 per cent.

"I have always had an idea of where she is. She has never gone missing like this ever.

"She is always mindful to keep me in the loop." 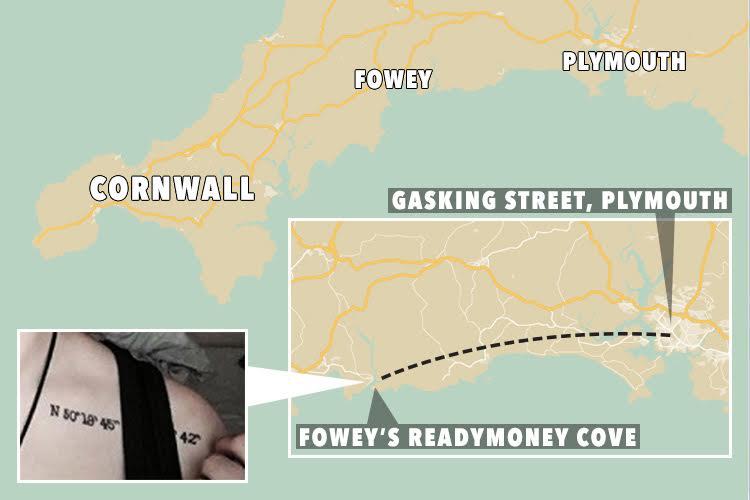 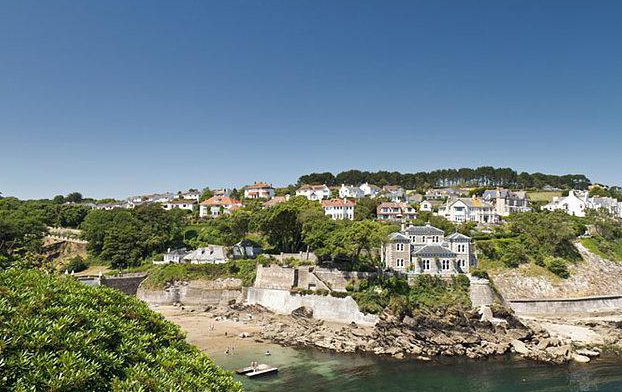 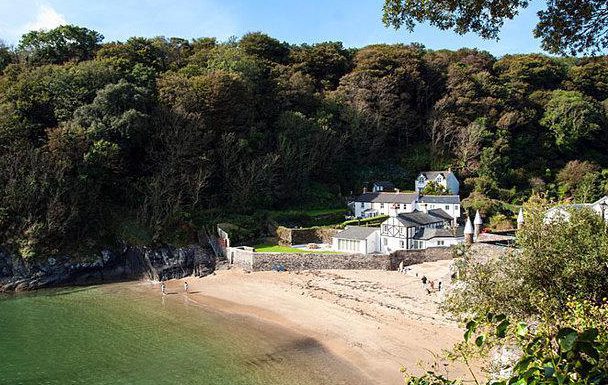 Julie issued an emotional plea for her daughter's safe return and said she had "no idea" the teenager was pregnant until Friday, three days after she disappeared.

Julie, a therapist of Saltash, Cornwall, said: "We are desperate for her to come home.

"I last saw her on Monday and she was fine. She was telling me about her plans for the week and about meeting up with friends.

"We have no idea where she is, nothing at at all. This is why it's so terrifying. There has been no contact from her at all. It's very out of character."

Of the pregnancy, she added: "Obviously, by her actions, she is worried about it or scared.

"I just want her home. We would just be delighted to have her home."

There are reports Celeste was last seen on a Stagecoach bus on the day she went missing. 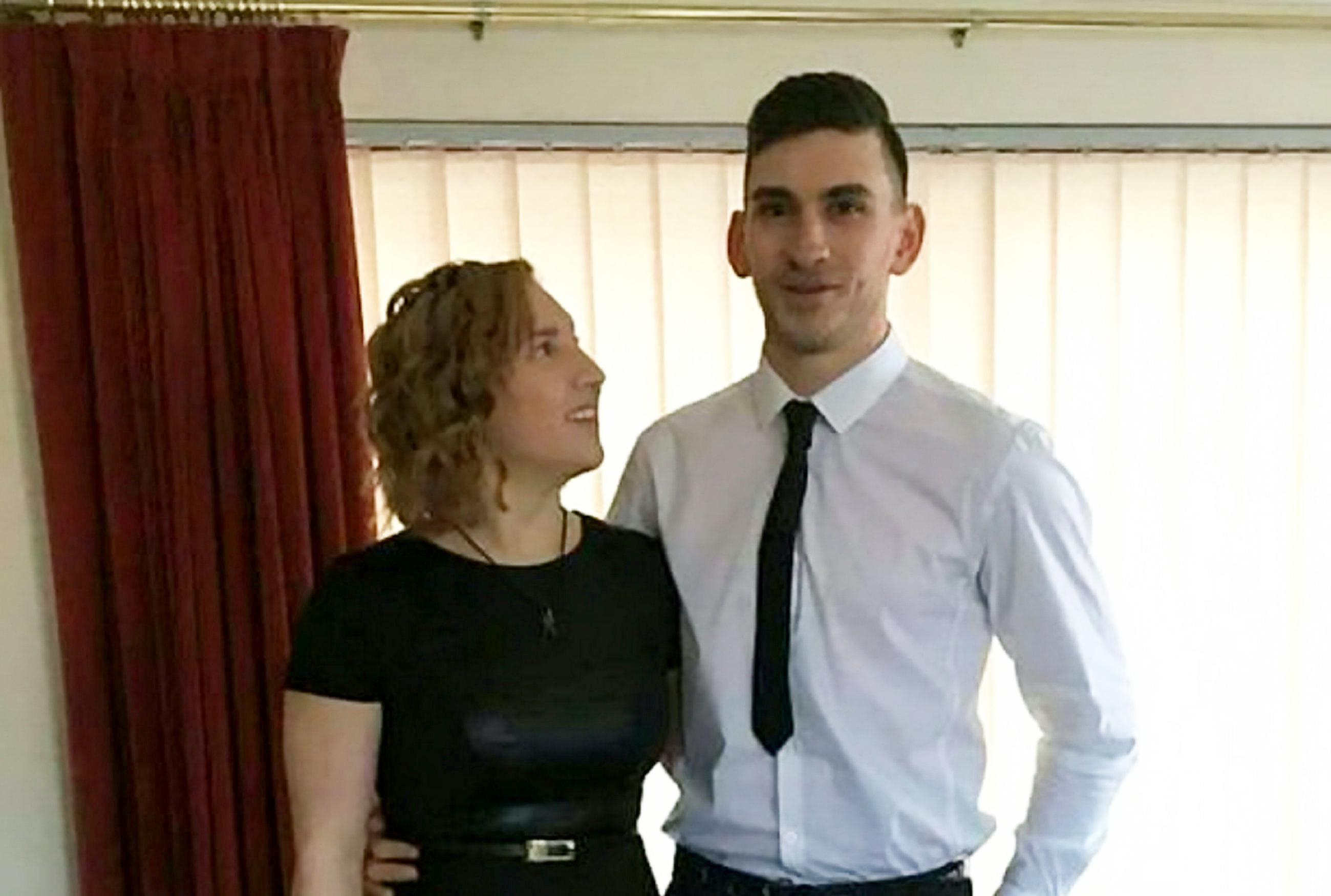 It's feared Celeste, who reportedly split up with her boyfriend last month and learned she was pregnant on Monday, isn't coping, with pals warning "her head is in a mess".

They say she had been weighing up whether or not to have the child, with some loved ones telling her it was a "mistake" and to terminate or have the baby adopted.

The 5ft 5ins teen, who is of medium build with brown hair, hasn't been seen or heard from since Tuesday evening.

Concerns have also been raised that Celeste could have been harmed by a nightclub DJ who "spiked her drink and half killed her a few weeks ago".

Writing online, Emma Corlett said: "This is a long shot….but does anyone remember the visiting Plymouth nightclub DJ who spiked her drink and half killed her a few weeks ago?

"Is she still in contact with him? Innocent till proven guilty etc but who does that without a reason?

"It was such a crazy thing to drug someone and why? Long shot but worth following up?"

Her best friend, James Johnson, 20, made an emotional appeal to find her, saying: "I just want her to come home."

He said: "I know she has had problems with her ex-boyfriend and she found out she was pregnant on Monday.

"She was trying to cope with it but obviously she had lots of people in her ear telling her what she should do. Her head is going to be in a mess." 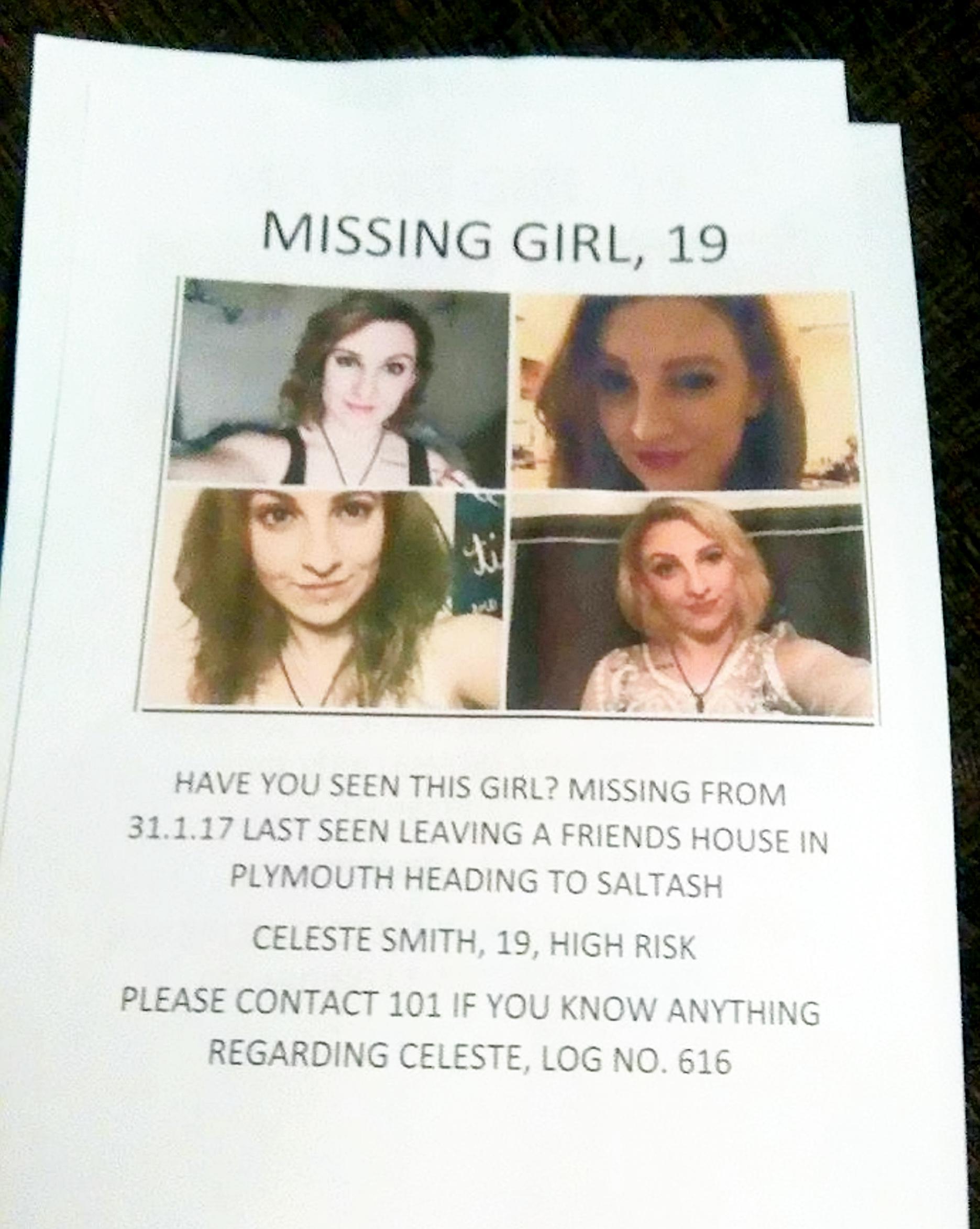 More than 900 flyers have been printed in a bid to find Celeste, and a search party of around 20 people will scour Saltash and Plymouth this weekend.

A spokesperson for Saltash Police said: "Celeste, you are in no trouble. We are concerned for you and want to ensure you are okay. Please get in touch."

A Crowdfunding Just Giving page has now been set up to help cover the costs of the search to find Celeste. To donate visit here.