Jody Sanders, in his 30s, lost control on Sunday evening as he reversed at high speed with the giggling women. 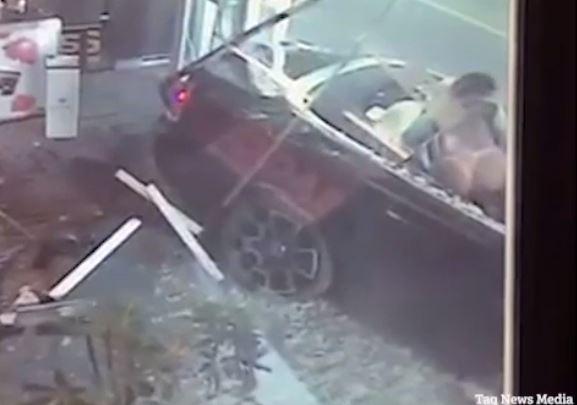 Video showed one of the thong-clad women’s bare bottom as the supercar smashed through the glass then roared away after destroying the front of the shop, causing thousands of pounds worth of damage to the car.

Hunky Mr Sanders and the scantily-clad pair escaped serious injury and are said to have vanished on foot before police arrived to breath test him.

The motor spun backwards through the window of a tobacconist’s shop in Majorca, narrowly missing 20 people dining nearby, witnesses said. Mr Sanders and the women are said to have fled the scene on foot before police could arrive and do a breath test.

Police said they were still searching for the driver but had identified him. 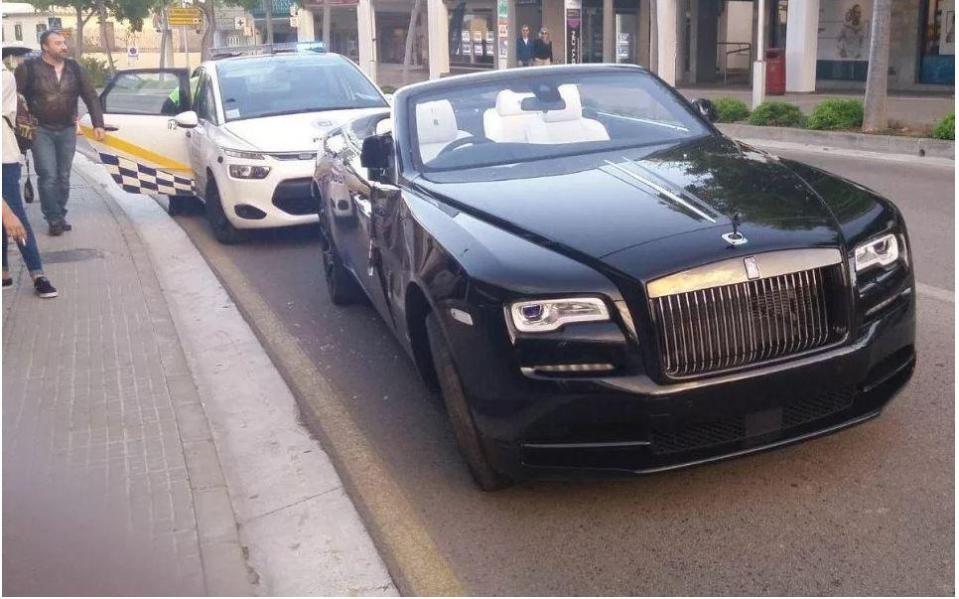 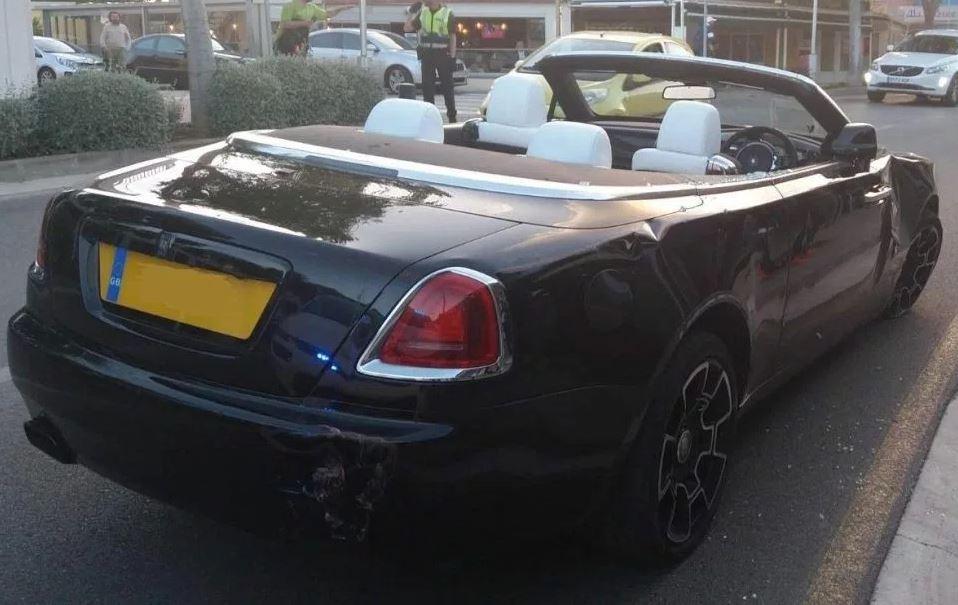 His badly damaged car was left at the scene in Portal Nous near upmarket port Puerto Portals, Majorca.

“The man was driving and the music was blaring and two very pretty South American women were in bikinis dancing and taking selfies.

“They pulled into the car park of a supermarket that was closed just down the road and were sat there for around five minutes. 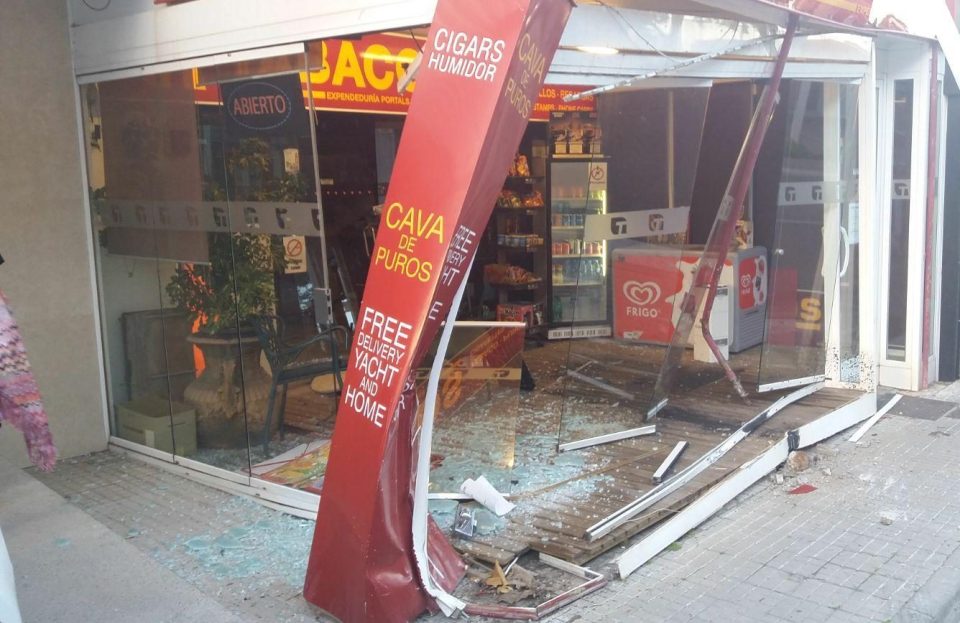 “The next minute there was this tremendous noise and the car reversed up the road at speed and hit the kerb just outside the restaurant terrace before spinning round and smashing into the tobacco shop next door.

“If he had hit the kerb a few seconds earlier we could have been looking at a major loss of life. There were about 20 people on the terrace at the time.

“I took the number plate of the car down and called police but by the time they arrived the driver and the two women were gone."

Tobacco shop manager Mamen Maria said they had recognised the driver, who often bought cigarettes from him.

Businessman Mr Sanders’ Facebook page pictures him living the high life with beautiful women, sports cars, yachts and whooping it up with champagne at exotic hotspots.

A spokeswoman for Calvia Council, which covers the Portals Nous area, confirmed local police were investigating saying: "A UK-plated car smashed into a shop front after the driver apparently lost control of the vehicle. No other cars were involved in the incident."

A Civil Guard source: “We are still searching for the driver and two women who were in the car with him.

“They left the scene of the crash before officers arrived to breath-test the driver and do a drugs test.”