US police have alarmed civil rights activists by asking Google for the details of every smartphone within a 100-yard radius of a crime scene.

The so-called geofencing technology can ‘cast a virtual net’ around an area and identify all the devices within it, via a massive Google database called Sensorvault.

Cops say it has helped them identify suspects in murders, shootings and burglaries, but critics say it violates the privacy of innocent people who happen to be nearby.

Three requests for geofencing data in Chicago were recently denied by Illinois judges who said prosecutors cannot ‘rummage where they please in order to see what turns up’.

Google says it only complies with requests if there is a search warrant, but will hand over the data if one is granted. 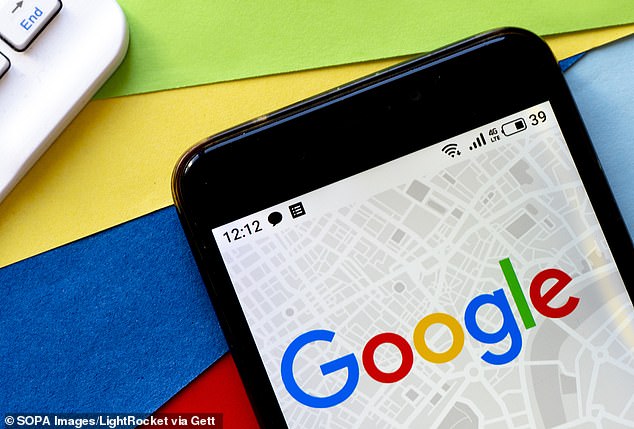 In the Chicago case, the government sought a search warrant to find a suspect accused of stealing prescription drugs.

The government initially sought data from within a 100-yard radius which included a swimming pool, restaurants and a residential complex.

After that was denied, prosecutors tried shrinking the geofences to square or polygon-shaped areas so that fewer people would be covered.

The request covered three 45-minute intervals in the early afternoon on separate days, meaning a large number of people were likely to have been in the area.

Geofence requests: what they are and how they work

Other companies that have received requests include Apple, Uber and Snapchat.

However, Google gets the bulk of the requests because Android devices are more widely used than any other operating system.

The goal of the request is to learn which devices were in a specific location at a specific point in time.

For example, within a 0.5 mile radius and 30 minutes of a crime.

Companies are obliged to comply because the geofence requests class as warrants.

The process normally goes as follows:

The data comes out of a vault in which Google, and other companies, store location data of users.

This is whenever a customer activates location services to call an Uber, navigate on Google Maps or find the nearest coffee house, for example.

For Google, this is a place called the ‘Sensorvault’.

Tags of the user’s specific location provided by GPS, Bluetooth, WiFi and cell towers  is sent to this secure server.

Google uses this for advertising purposes but it can also be handed over to law enforcement.

Officials insisted that the data would be anonymous – but Illinois magistrate Gabriel Fuentes rejected the application.

‘Simply because Google can collect this information, or because the government can obtain it from Google’ does not mean it is constitutional to use it, he said.

While saying that geofencing was not ‘categorically unconstitutional’, he said a person’s privacy rights should include their location at a particular point in time.

Fuertes cited a case from long before the age of Google, in which police were rebuked by the Supreme Court for searching everyone in a tavern when they only had a warrant to search the bartender.

‘The potential to use Google’s capabilities to identify a wrongdoer by identifying everyone (or nearly everyone) at the time and place of a crime may be tempting,’ he wrote.

‘But if the government can identify that wrongdoer only by sifting through the identities of unknown innocent persons without probable cause and in a manner that allows officials to rummage where they please in order to see what turns up, even if they have reason to believe something will turn up, a federal court in the United States of America should not permit the intrusion.’

The government made three attempts to obtain the data, but all were denied by two different judges.

A different magistrate, David Weisman, said the request was too broad and ‘provides no compelling reason to abandon Fourth Amendment principles’.

The Fourth Amendment protects people against ‘unreasonable searches and seizures’.

Weisman accused the government of an ‘indisciplined overuse of this investigative technique in run-of-the-mill cases that present no urgency or imminent danger’.

This practice ‘poses concerns to our collective sense of privacy and trust in law enforcement officials,’ he said.

Location history is stored in a massive Google database called Sensorvault, while Apple, Uber and Snapchat have also received requests.

However, Google gets the bulk of the requests because Android devices are more widely used than any other operating system.

Google said in June that it would delete location history by default after 18 months for new users.

The company told tech website CNET that it would not comply with geofence requests unless they have a warrant.

‘We vigorously protect the privacy of our users while supporting the important work of law enforcement,’ a statement said.

Police credit previous warrants with helping identify suspects in a fatal shooting in North Carolina, home invasions in Minnesota and a murder in Georgia.

But civil rights activists say that the broad warrants will unfairly sweep up innocent people.

The Electronic Frontier Foundation warns they ‘allow the government to examine the data from individuals wholly unconnected to any criminal activity and use their own discretion to try to pinpoint devices that might be connected to the crime’.

In one case, geofence data ensnared a man who seemed to be at the site of a 2018 killing in Avondale, Arizona.

Jorge Molina spent six days in jail before his lawyer provided police with evidence exonerating him.

Molina had given another man his old cellphone, which was still logged in to his Google account. 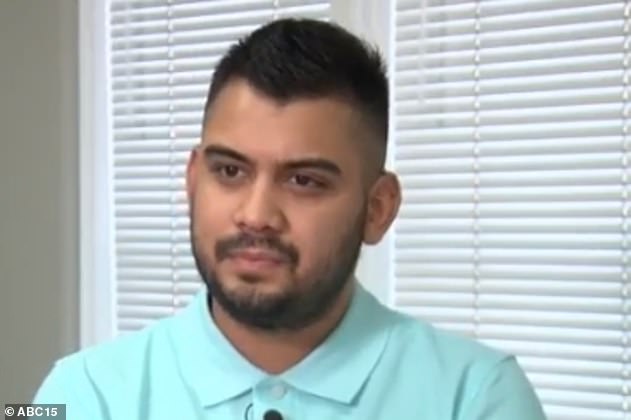 Jorge Molina spent six days in jail as a result of a geofencing warrant, before his lawyer provided police with evidence exonerating him

‘Police are basically treating this like it’s DNA or fingerprint evidence, but it’s not,’ said Jack Litwak, Molina’s attorney.

‘Jorge was nowhere near there and then he was accused of the worst crime you can be accused of committing.’

In another case, Florida restaurant worker Zachary McCoy said he was terrified after Google informed him that Gainsville police wanted information from his account.

Plugging the case number into a police website, he saw a 97-year-old woman’s home had been burglarized.

‘I was kind of terrified that for some reason I was going to prison even though I hadn’t actually committed a crime,’ he said.

McCoy borrowed $7,000 from his parents to hire a lawyer, who eventually persuaded police to withdraw the warrant.

New York state legislator Zellnor Myrie has sponsored a bill to ban geofence warrants, saying they were troubling at a time of protests against the police.

‘If you are someone who went out on the streets to express your rage, your sadness and your hope that there is a better way to do policing and are then subject to a warrant, I think that would go against everything we are telling people they have the right to do,’ Myrie said.

Geofencing technology is also used to control commercial drones and stop them flying in restricted areas.

It came to wider attention during the chaos at London’s Gatwick Airport in 2018, when suspected drone sightings led to hundreds of flights being cancelled.