KIEV (Reuters) – Comedian Volodymyr Zelenskiy is leading the race to become Ukraine’s next president thanks to an insurgent campaign that rails against corrupt politicians influenced by rich oligarchs. 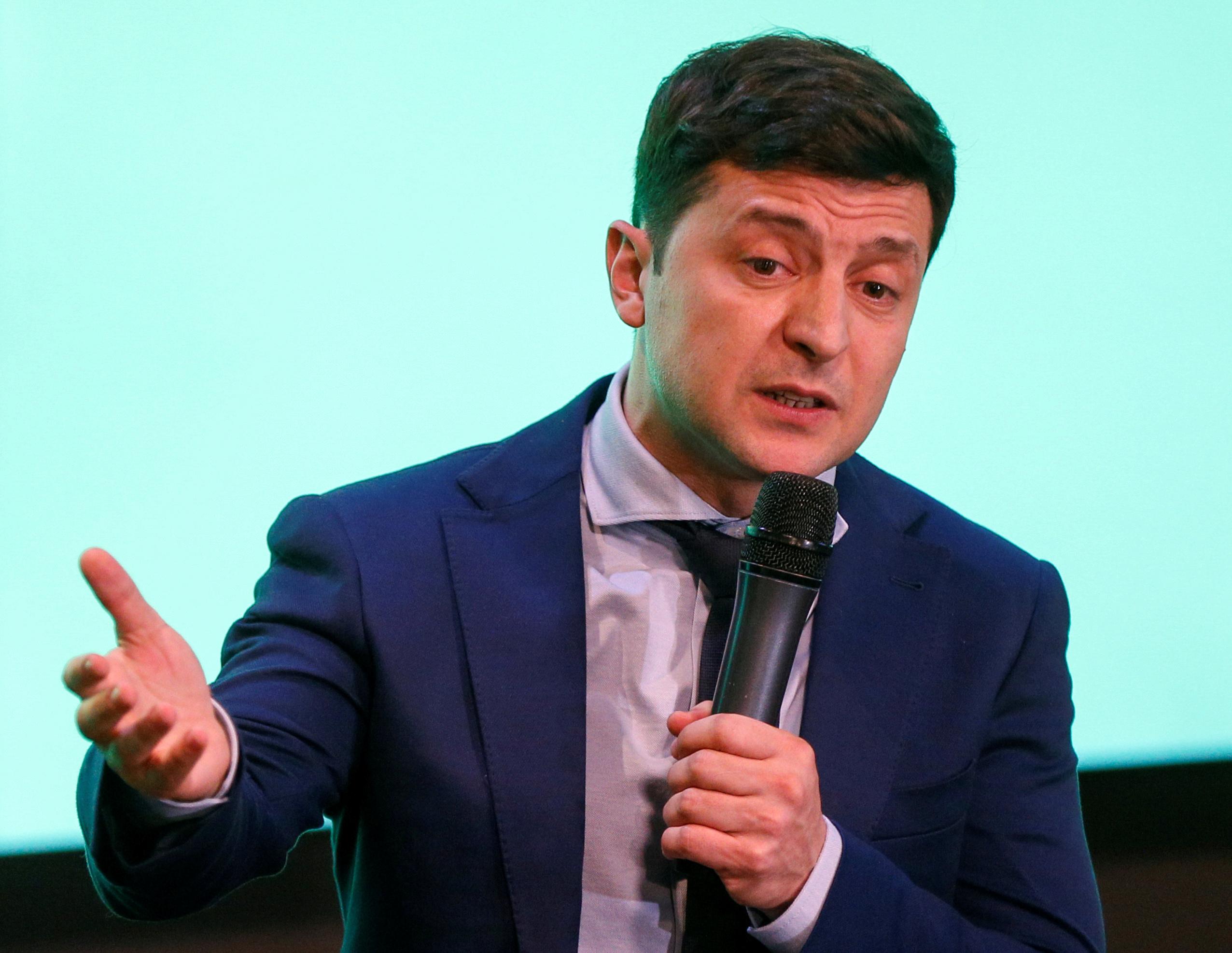 Yet it is his own relationship with one of the country’s wealthiest tycoons that could prove an Achilles’ heel.

One of Ukraine’s most popular TV channels 1+1, owned by oligarch Ihor Kolomoisky, has given Zelenskiy a powerful platform in recent months during his meteoric rise to the brink of the presidency.

On Saturday, a day before Zelenskiy won the first round of the presidential contest and set up a run-off with the incumbent Petro Poroshenko, 1+1 filled its schedule with back-to-back shows by the comedian and actor.

The fact that Zelenskiy is a major star on the channel has stoked worries among some investors and voters, and accusations from his political opponents, that he is in the pocket of Kolomoisky.

Both Zelenskiy and Kolomoisky say their relationship is strictly professional, and centered on the comedian’s TV work. Both say no undue influence is being exerted by the oligarch, whose businesses range from banking and energy to aviation.

“I’m more his puppet than he is mine,” Kolomoisky said last year.

“It is impossible to influence me,” Zelenskiy told the news website Gordon in December. “Neither Kolomoisky, nor any other oligarch, no one will influence me.”

Zelenskiy said last month he was in the process of exiting all his businesses, which includes the production company whose shows run on 1+1. Asked whether the relationship was a weak spot for him, Zelenskiy told Reuters: “We are working according to TV contracts and it is fine. It is business.”

However President Poroshenko has sought to make political capital out of the connection between the two men as he fights to make up ground to the comedian before the run-off vote on April 21.

“In the past few weeks my opponents have poured on me rivers of shameless lies. The main source of these lies in recent months – deplorable as it may be – has been 1+1. 1+1 has turned into the obedient implementer of the political assignments of its owner,” Poroshenko said.

“Though the latter may have fled abroad, he still plays the pre-election political chessboard, sometimes moving the Ze (Zelenskiy) pieces, sometimes the Yu (former prime Minister Yulia Tymoshenko) pieces. Kolomoisky is motivated by a desire for revenge against the state,” he wrote on Twitter.

Kolomoisky has lived abroad since clashing with Poroshenko over Ukraine’s largest bank, which he used to own. In a November interview to Ukrainian news site lb.ua, he worried Ukraine’s judicial system would stop him from leaving the country if he came back.

Zelenskiy announced he was running for president on December 31 on 1+1, upstaging Poroshenko, who was giving a traditional New Year’s Eve address to the nation at the same time.

On Saturday, the channel’s Zelenskiy-themed schedule included shows where he and fellow actors performed jokes, sketches and songs, and a documentary voiced by Zelenskiy about Ronald Reagan, a popular actor who became U.S. president.

Poroshenko is part of the same wealthy elite as Kolomoisky, having made a fortune from confectionery that earned him the sobriquet of “Chocolate King”.

“The strategic dilemma will be what do you prefer, an oligarch or someone possibly controlled by an oligarch, the puppet or a puppeteer?” said regional analyst and political consultant Radu Magdin.

Kolomoisky makes no secret of his dislike for Poroshenko, and the two have clashed repeatedly over issues that threatened Kolomoisky’s businesses.

No hard evidence has been presented by any of Zelenskiy’s opponents that Kolomoisky is indeed pulling the strings behind the campaign.

But the ties between the two men have led some political analysts and Western diplomats to question how zealously Zelenskiy would try to implement reforms needed to speed up economic growth and keep foreign aid flowing if they clashed with Kolomoisky’s interests.

In particular, the relationship puts the spotlight on the fate of PrivatBank, Ukraine’s largest lender, which the government wrested from Kolomoisky in 2016 in a clean-up of the banking system under an International Monetary Fund bailout program.

The government pumped billions of dollars into shoring up PrivatBank’s finances, saying money had been fraudulently siphoned off from the lender while Kolomoisky owned it. Kolomoisky denied any wrongdoing and has challenged the nationalization in court.

Asked if there were concerns about Zelenskiy’s ties to Kolomoisky, Edwin Gutierrez, head of Emerging Market Sovereign Debt at Aberdeen Standard Investments, said: “That is there, but at the end of the day the oligarchs always rule the roost in Ukraine.”

“Maybe this will be another Yanukovich moment where everyone gets excited but then in the end Ukraine disappoints,” he added, referring to former President Viktor Yanukovich, who fled to Russia after the 2014 Maidan street protests.

Asked in a Reuters interview whether he would hand PrivatBank back to Kolomoisky if elected, Zelenskiy said in February: “Am I that crazy? Do I want to lose my life, reputation?”

Accusations from Poroshenko and his allies that Zelenskiy is being controlled by an oligarch has lent an ironic twist to the presidential race.

Zelenskiy’s campaign has been propelled by his TV show, Servant of the People, where he plays a scrupulously honest history schoolteacher who becomes president by accident.

He challenges the old way of doing things, outwitting shadowy oligarchs and corrupt politicians. The series blurs the line between fiction and reality, between the make-believe president and the real-life challenger.

In the first scene of the first series, three shadowy power-brokers are surveying Kiev’s Maidan square from a rooftop balcony at night while sipping drinks and talking about how they spend money to bring their puppet politicians to power.

“It’s one week before the election. We worked hard for our candidates. They’re almost neck and neck, now let the best man win,” says one.

“What good will that bring me?” asks another.