Corfe, 62, faced the County Court of Victoria via an online link from Queensland on Wednesday where he pleaded guilty to a single charge of sexual penetration of a child under 16. 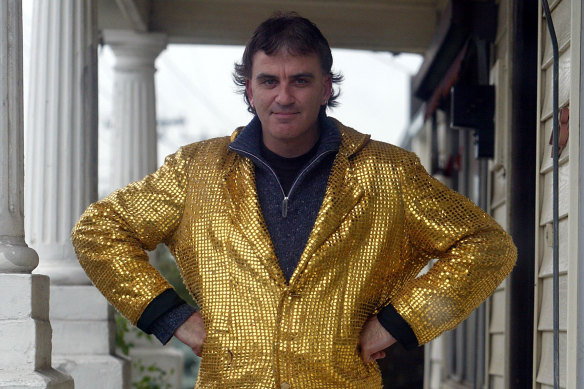 Jeffrey “Joffa” Corfe was famous for wearing a gold jacket to Collingwood games. This picture was taken in 2003, at the height of his celebrity and a short time before the offences occurred. Credit:Sebastian Costanzo

The court earlier heard the offending occurred in 2005 when Corfe was 44 and the boy 14.

During the earlier hearing, the judge was told the pair had communicated sporadically via an email-based messenger service from late 2004 to early 2005 before arranging to meet up in person.

Corfe emailed to say he was 30 and “if that was too old then that was no problem”.

The victim told police when arrived, the man he met – Corfe – appeared older and more unkempt than he had described.

There, oral sex occurred, before the victim left upset.

The victim later emailed to say the accused did not match his description and that Corfe should not have done what he did to a young person.

Corfe then emailed back and agreed. 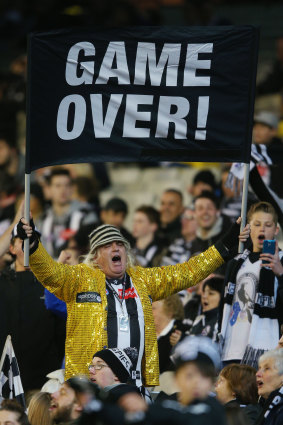 The court heard the crime was reported many years later and Corfe was interviewed in May 2021.

Defence lawyer Christopher Terry said the passage of time since the offending was significant, occurring 17 years ago, and not a serious example of the crime.

He said his client was in a poor state of health with current cardiac issues. He said Corfe had also made significant contributions to the community during his lifetime after growing up in deprived circumstances.

At the time, Corfe was struggling with his own sexual identity, the lawyer said, arguing there was a remote, if not non-existent, risk of him re-offending

“The breach of trust here is at the lowest end,” Terry said.

The prosecution is seeking a term on imprisonment.

Corfe no longer has an association with Collingwood and there is no suggestion the club was involved in his alleged offending.

Corfe, who remains on bail, is expected to return to court in February.