Dili: It's 4 o'clock on a warm Tuesday afternoon in the East Timorese capital of Dili. Down a rabbit warren of alleys across from the Australian embassy, a dusty, cemented space opens up.

Scores of men have gathered, there is excitement in the air. Many are carrying roosters under their arms, others are collecting the greenbacks – American greenbacks – which remain the official currency of Asia's newest and poorest nation. 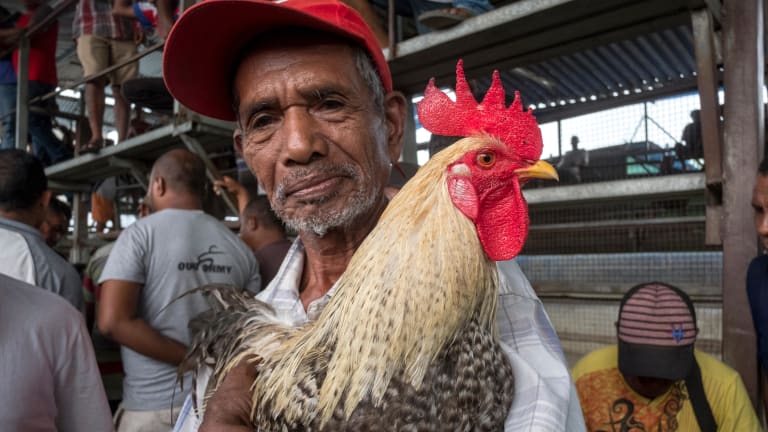 Cockfighting plays a large part in Timor-Leste’s culture and history and provides an analogy for the country’s politics.

By 5pm, after an impenetrable series of negotiations, two strutting birds are ready for the daily cockfight at the pint-sized coliseum that looms behind the courtyard. The men gather around; the owners affix deadly weapons to the roosters' legs, unsheathing razor sharp blades that will determine which of these proud preening creatures will live to see another day.

For the past month, in the villages and towns of this deeply spiritual, mountainous half-island nation only 65 minutes by plane from Darwin, East Timor's preening old political roosters have unsheathed their own blades for what may be one last bout: the country's second election in 10 months on May 12.

Caretaker Prime Minister Mari Alkatiri, 68, who helped the independence fight from offshore is now leader of the guerilla force turned political powerhouse, Fretilin. Twice now he has failed to see out his term as PM. 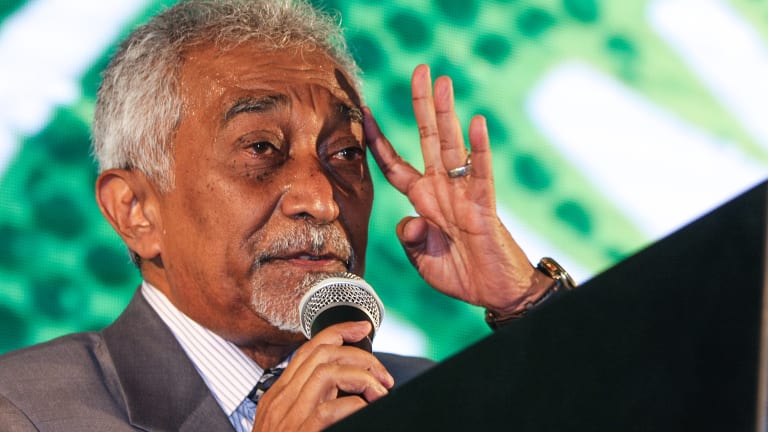 Now, once more, he is taking to the ring with the nation's only real strongman: guerilla freedom fighter, former president and prime minister Xanana Gusmao. At 73, Gusmao is the nation’s independence hero and talisman but he has never quite cut the mustard as a civilian leader.

Now he leads the CNRT (Timor-Leste National Reconstruction Party) and a newly formed coalition known as the AMP (Alliance for Change and Progress). 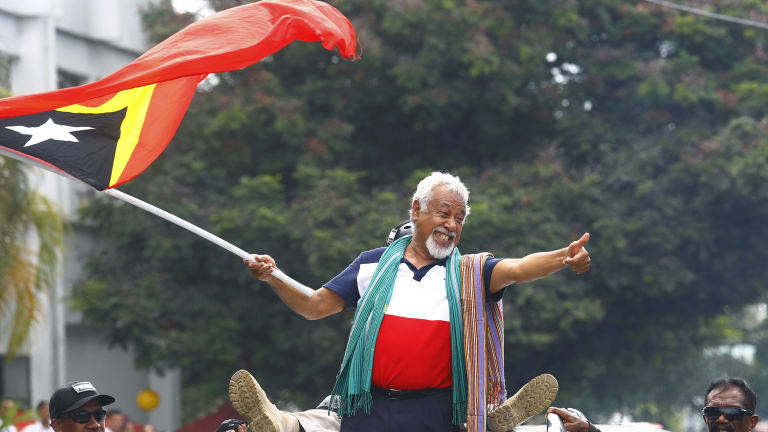 There are other old roosters, too: President Francisco "Lu-Olo” Guterres, 68; Nobel Prize laureate, former PM and president Jose Ramos Horta, 68; Abilio de Araujo, 69; Rogerio Lobato, 68, and other returnees of the diaspora. All are lined up with Alkatiri.

“In some ways it’s become a contest between two former wings of the Gusmao-led resistance and the diplomatic efforts from those outside the country led by Alkatiri and Horta," says Michael Leach, professor of politics at Swinburne University and long-time East Timor observer.

"It's history wars over who contributed more to independence.”

“This battle is more about two ways of doing politics: the tension between Timorese who are in tune with their culture, language and land, and those, generally from the outside or with mixed blood, that see themselves as modernisers, and who see themselves as better than Timorese people and look down on regular Timorese.”

And while living standards have certainly improved – at least in the bigger towns – since independence from Indonesia in 2002, all the old roosters have had some hand in landing East Timor in the mess it is in.

The economy is stagnating – GDP growth is now less than 4 per cent, which is low for a developing nation and a distance away from a high of 16 per cent a decade ago.

A new maritime treaty with Australia has been struck but so far with no guarantees that vastly increased undersea gas holdings will ever yield another cent for the country.

And hundreds of millions of dollars have been wasted on roads to nowhere, big houses, cars and swelling bank balances for the often corrupt emerging elite.

Alkatiri, who was forced from power during his first term as the nation's inaugural prime minister in 2006, took one more stab at the top job in the July 2017 general election, leading Fretilin to finish just ahead of CNRT. 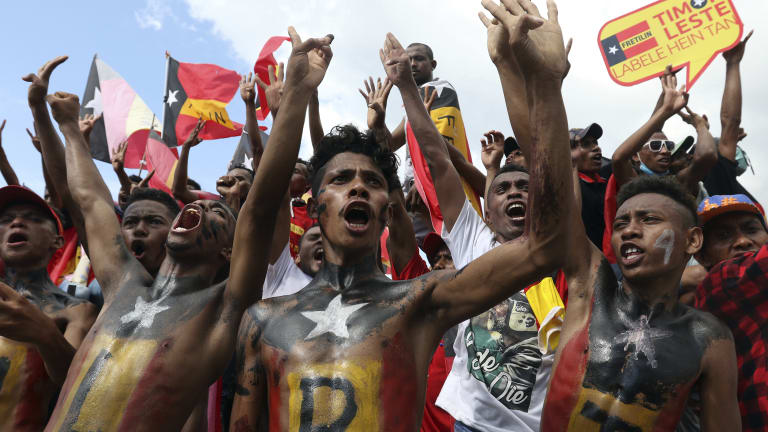 Supporters shout slogans during a Fretilin campaign rally this week.

He got there, but only just, with a coalition including the Democratic Party’s five seats and eight from KHUNTO, an election surprise package of untested politicians using a martial arts network to appeal to younger voters.

A day before the official swearing in of the new government, KHUNTO walked away, but Fretilin’s Lu-Olo proceeded to invest Alkatiri anyway. After six months of deadlock, rather than hand government to Gusmao's team, Lu-Olo opted for fresh elections.

All the while Gusmao was out of the country, renegotiating the country's 2004 maritime border with Australia.

The result was another election campaign, and it has been a spiteful, sometimes violent one. A video showing Gusmao on the stump accusing Alkatiri, a moderate Muslim, of eating the wrong kind of pork went viral.

Fretilin supporters have countered with shows of force, several times in recent weeks attacking convoys of opposition cars with rocks, once putting a three-year-old child in hospital.

The Australian government has issued a warning for travellers to “exercise a high degree of caution" in East Timor because of the uncertain security situation.

"The situation could deteriorate without warning," the warning says.There are rumours in Dili that Australian troops are on standby to fly in.

Security aside, there are also questions about what sort of development model will be used for the country.

“The CNRT has traditionally favoured a mega-project model while the PLP, has preferred direct funding to people and business. Now it’s unclear what the AMP would do," Leach says.

A common theme, talking to people both inside and outside the political parties, is that fresh political blood is needed for the country whose population is unusually young, and has exploded from under one million to almost 1.3 million in just 15 years.

Some of the parties have taken tentative steps.

Former president Taur Matan Ruak, who succeeded as an independent head of state from 2012-2017 is still, at 63, part of the next generation and heads a younger team in the PLP, which is lead in parliament by Fidelis Magalhaes, a 35-year-old.

For the CNRT there is Dionisio Babo, 52, and Fretilin has another former PM Rui Maria de Araujo, 53.

“We have do things by stages. We have to have a vision for each stage. Party interests must be put to one side. The campaign is over, the election has begun but we must remain as one people,” Gusmao told his followers this week.

Alkatiri told his group: “Fretilin as an organisation has had a long journey and once again is in a very long process of freeing the country. We have remained in the same spirit of fighting for the country and the people.”

One of these old stagers will win the May 12 election, and given the remarkable return of Mahathir Mohamad to the top job in Malaysia this week, the old guard of East Timor is looking, by comparison, relatively young.