Some Asian nations could have one-third less wealth than would otherwise be the case, the company said. “Our analysis shows the potential costs that economies could face should governments fail to act more decisively on climate,” said Patrick Saner, who is in charge of global macroeconomic forecasts for Swiss Re.

The projections come as world leaders gather Thursday and Friday for a virtual climate summit in Washington hosted by President Biden, who has urged countries to do more to reduce their greenhouse gas emissions. Mr. Biden is expected to pledge to cut the United States’ emissions by about half by 2030.

The new report makes clear the stakes involved in those negotiations.

“For hazards where confidence of a direct link with global warming is medium/high, such as heat waves, wildfires, droughts and torrential rainfall, we are adjusting our pricing model,” Jerome Jean Haegeli, Swiss Re’s chief economist, said in a statement.

The projections could also influence investments by Swiss Re and other insurance companies, which collectively manage about $30 trillion in assets, according to Mr. Haegeli.

If countries succeed at holding average global temperature increases to less than two degrees Celsius above preindustrial levels — the goal set by the 2015 Paris accord, an agreement among nations to fight climate change — economic losses by midcentury would be marginal, according to Swiss Re. The company found that most countries’ economies would be no more than 5 percent smaller than would otherwise be the case.

But current emission levels are far from those targets. Global temperatures are likely to increase as much 2.6 degrees by 2050 based on current trajectories, Swiss Re reported. 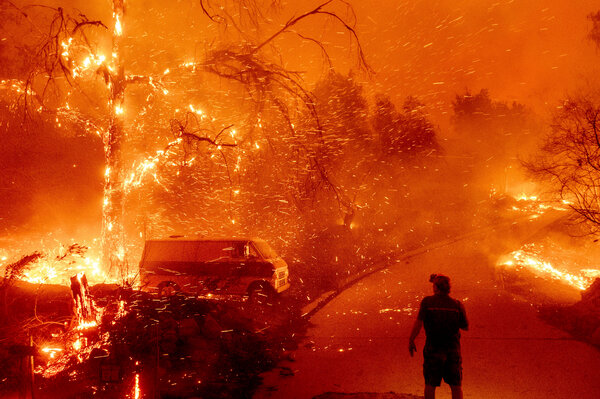 If that happens, the economy of the United States would be as much as 7 percent smaller than in a world without climate change, the report estimated. Other wealthy Western nations, including Canada, Britain and France, could lose between 6 percent and 10 percent of their potential economic output.

For poorer nations, which tend to be more exposed to warmer temperatures but have less ability to adapt their infrastructure and economies in response, the consequences would be far more dire.

Even if the increase in global temperature is held to two degrees Celsius, Malaysia, the Philippines and Thailand would each see economic growth 20 percent below what they could otherwise expect by 2050, Swiss Re estimated. At 2.6 degrees, each country would have one-third less wealth than would otherwise be the case.

And that’s not the worst-case scenario. Swiss Re also modeled the economic impacts of a 3.2-degree increase by 2050, which it described as the “severe case” for temperature gains.

If that happened, levels of wealth in Malaysia, the Philippines and Thailand would drop almost by half compared with a world with no climate change. The economy of Indonesia would be 40 percent smaller. India’s would be 35 percent smaller.

The growing financial exposure of insurance companies to climate change is already having an effect on places at high risk.

The United States government implemented a new pricing structure this month for flood insurance, which will mean higher costs for the most flood-prone homes. In California, homeowners in areas that are especially exposed to wildfires increasingly struggle to get insurance, prompting efforts by state officials to intervene.

During the past 40 years, the United States has experienced almost 300 weather and climate-related disasters that exceeded $1 billion in losses each, noted Donald L. Griffin, a vice president at the American Property Casualty Insurance Association, which represents insurance companies.

Last year alone, there were 22 such billion-dollar disasters.

If climate change continues unabated, he said, the cost of insurance risks becoming too high in at-risk areas. “We can’t just continue to rebuild in the same way,” Mr. Griffin said. “It’s going to make the product less affordable.”