Traffic lights for phone addicts: Chinese city installs signals IN THE GROUND for ‘zombie pedestrians’ who refuse to look ahead

Special traffic lights which allow phone-obsessed pedestrians to cross the road safely while staring at their screens have been unveiled in China.

The signals are built into the ground, making it possible for the ‘zombie pedestrians’ to see them with their eyes looking down.

The LED lights are fitted inside transparent waterproof cases and angled at 45 degrees. Passionate smartphone fans, also known as ‘head-down folks’ in China, would be able to see them from around one metre away. 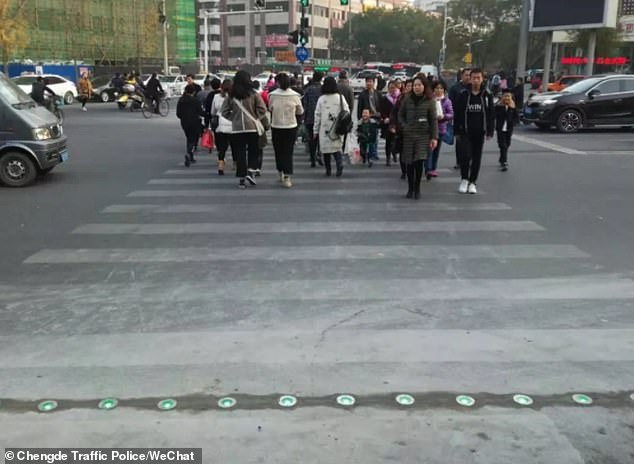 Traffic police in Chengde, China, have rolled out special ground traffic lights in the city 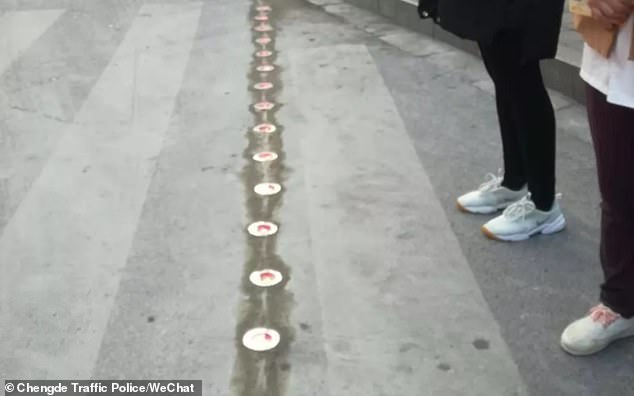 The signals are designed for passionate phone users who prefer to stare at their screens while crossing the road. Each set has 16 LED lights installed in the ground in front of zebra lines

The new road safety facility has been installed at some road crossings in the city of Chengde, including the ones outside Shuangqiao District Affiliated Hospital and Shuangluan District court.

Chengde Traffic Police said in a social media statement that four sets of ground signals are placed at each crossing, and each set consists of 16 LED lights which run the whole length of a zebra line.

The crossings still have normal traffic signals and the ground lights are in sync with them. 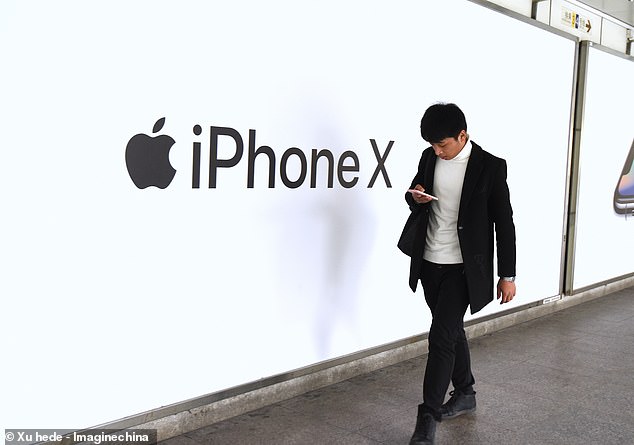 Nearly half of China’s 1.4 billion people own a smartphone, and the figure is expected to grow 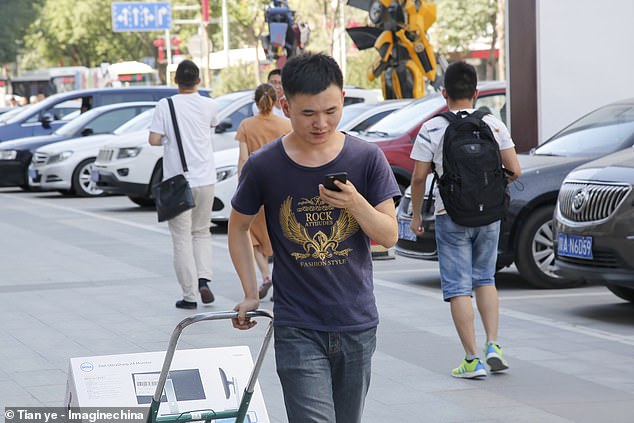 The police said they decided to launch the special lights because traffic condition was bad and many pedestrians failed to follow the traffic signals while paying attention to their gadgets.

They added that the new feature was more user friendly than traditional traffic lights and would be put to use in more areas in the city.

Nearly half of China’s 1.4 billion people own a smartphone, and the figure is expected to keep growing. 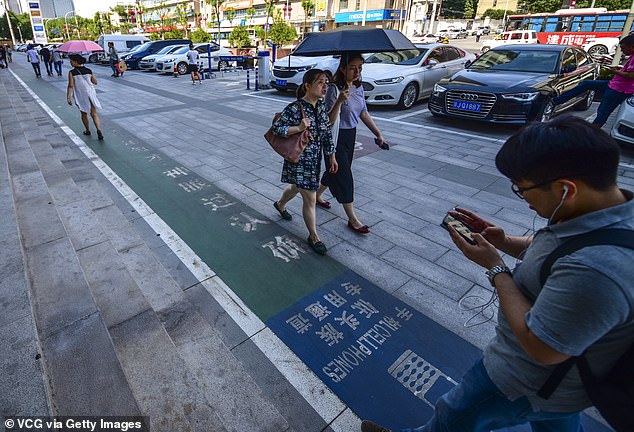 However, using the phone in traffic has become one of the three most common causes of traffic accidents in the country.

Multiple cities, including Chongqing and Xi’an, have already built dedicated footpaths for phone users in a bid to boost road safety.

These lanes are marked out on the pavement and aim to separate phone users from other pedestrians who don’t use handsets. 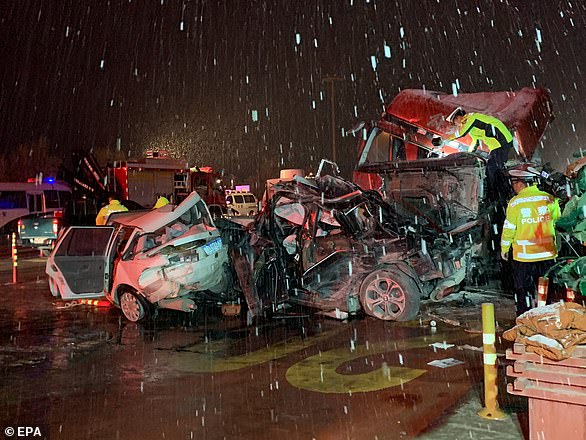 Chinese police inspect a damaged truck and cars after the accident in Lanzhou, China, on November 4, which left at least 15 people killed and 44 injured

Road traffic safety remains one of the top causes of death and a sensitive social issue in China.

Approximately 260,000 people die as a result of road accidents in China each year – in comparison to 1.25 million people worldwide – according to a 2016 report from WHO.

The figure puts China, the world’s most populous nation, in the second place worldwide in terms of the number of road deaths per year – after its neighbour India.

China has the highest road deaths involving children in the world.

According to figures released by Chinese state media in 2015, more than 18,500 children under the age of 14 are killed by traffic accident every year in the country.

A lack of road disciplines, poor road conditions in rural areas, light punishment for violators, polluted air and even bystanders’ unwillingness to help victims are all potential factors.

WHO’s figure is about four times the official number released by the Chinese authority, which claimed that 63,000 people were killed on the road in 2016.

WHO also points out that of the total estimated road deaths in China, around six out of 10 are vulnerable road users including pedestrians, cyclists and people on motorcycles.